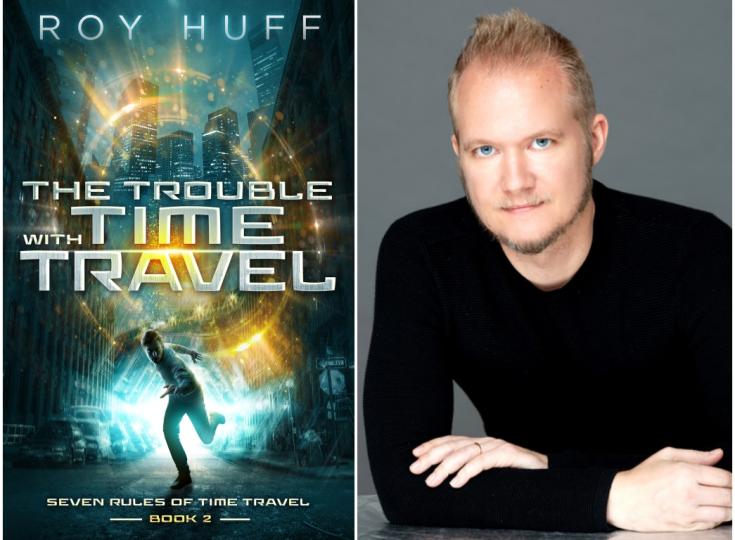 Roy Huff is a Hawaii-based best-selling author, peer-reviewed research scientist, and teacher. After overcoming significant childhood poverty in the US mainland, he moved to the islands and hasn't looked back. Despite his challenges, which include a family stricken by mental illness and the loss of a father to HIV/AIDS, he’s earned five degrees, trained on geostationary satellites for NASA's GOES-R Proving Ground, and has written numerous bestsellers. Roy embraces optimism, science, and creativity and hopes you’ll come along for the amazing ride. As our Author of the Day, he tells us all about his book, The Trouble With Time Travel.

Please give us a short introduction to what The Trouble With Time Travel is about.

Quinn is a time traveler who can loop time through an interesting method. He thinks the hard part is over at the end of book one but gets thrown an interesting twist at the beginning of book two that changes everything.

The time travel series as a whole was a project near and dear to my heart. I wrote the first book in the series several years ago and then decided to hit publish during the lockdown in 2020. After that, I wanted to write at least a couple more, and likely many more in the series over the coming years. The origin of time travel, like my other sci-fi interests, is a mix of escapism and optimism. Time travel hits a spot with most people who wish they could do certain things differently. Over time, my own desires, wants, and fears have shifted, but my love of sci-fi has always remained steadfast.

Book one took place the year I published it, and the key plot point needed four years in the future for book two.

What fascinates you about the idea of time travel?

Everything about time travel fascinates me. This includes known mechanisms, such as time dilation, and theoretically mechanisms such as travel to the past and the multiverse. The science and metaphysics are simply fun.

I've been known to sing, dance, and draw. I also earned a real estate license and worked briefly as a real estate agent for Coldwell Banker in Honolulu Hawaii before I returned to college and earned five degrees over the course of six years in four separate fields. I've worked on grants for NASA/NOAA related to the GOES-R geostationary satellite program. I've worked as a research meteorologist at the University of Hawaii with published peer-reviewed research on the cover of BAMS where I helped develop Hawaii's first VOG (volcanic smog) model.

This is Book 2 of the Seven Rules of Time Travel. Can it be read as a standalone? How do the other books in the series tie in with this one? It can, but it's best to read book one first. I have written enough information to give readers an understanding of the characters and time travel mechanisms.

Readers say this is quite a fast-paced book. How did you pull this off?

I like hooks at the end of every chapter and eliminating redundancies in the prose.

Why did you title this "The Trouble with Time Travel"?

There is always trouble with time travel, but I think the main reason is the method of travel, and the main character's understanding of how time travel works is disrupted in the current book.

Every morning, whether on travel or back home in Honolulu, Hawaii, I journal, write, workout, and study Japanese the first two hours of the day. When in Hawaii, I wake up at 4 am and sleep at 8 pm. Early to bed and early to rise. I like to set my day by getting the most important stuff done early. I travel 3 months out of the year. I'm currently traveling on a 7 week Euro-trip which started in Amsterdam. At the time of this promotion, I'll be in Dubrovnik and Split Croatia with the next stop in Italy. Travel helps inspire new ideas of characters, plot points, and storylines in general.

I have a launch of book #3 in the Seven Rules of Time Travel series, Time Travel Tribulations, which will be officially released on June 30th. The audiobook for book #3 is currently under production by Podium Audio. 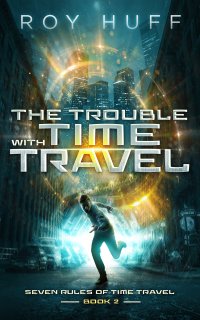 The Trouble With Time Travel

Roy Huff
In the four years since he traveled through time to save the world, Quinn Black has settled happily into life as a new space race billionaire, despite the fact he’s no longer able to travel or loop time. But before long, things start to go horribly wrong.
Science Fiction
$0.99
$3.97
Amazon 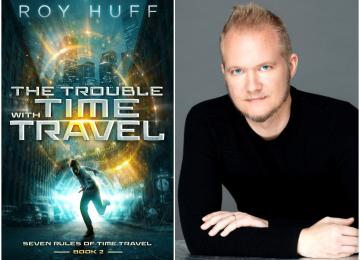 Roy Huff - Captivating Time Travel Thrillers
FEATURED AUTHOR - Roy Huff is a Hawaii-based best-selling author, peer-reviewed research scientist, and teacher. After overcoming significant childhood poverty in the US mainland, he moved to the islands and hasn't looked back. Despite his challenges, which include a family stricken by mental illness and the loss of a father to HIV/AIDS, he’s earned five degrees, trained on geostationary satellites for NASA's GOES-R Proving Ground, and has written numerous bestsellers. Roy embraces optimism, science, and… Read more