Scott Hale - A Wounded Planet and The Wounded People Who Inhabit it
Posted on 30th of April, 2020 by Naomi Bolton 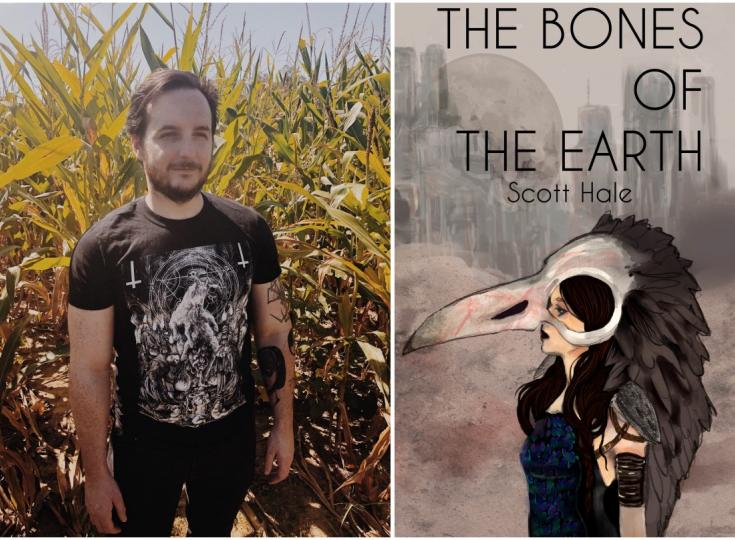 Scott Hale has always been obsessed with all things horror. While it's not uncommon for his writings to blend multiple genres together, Horror is ever-present, be it in the scenarios themselves, or the uncomfortable truths he dares to explore. As our Author of the Day, he tells us all about his book, The Bones of the Earth.

Please give us a short introduction to what The Bones of the Earth is about.

The Bones of the Earth series is about a wounded planet and the wounded people and creatures who inhabit it, and the worldviews held by those in power who are inadvertently moving it towards another traumatizing event. 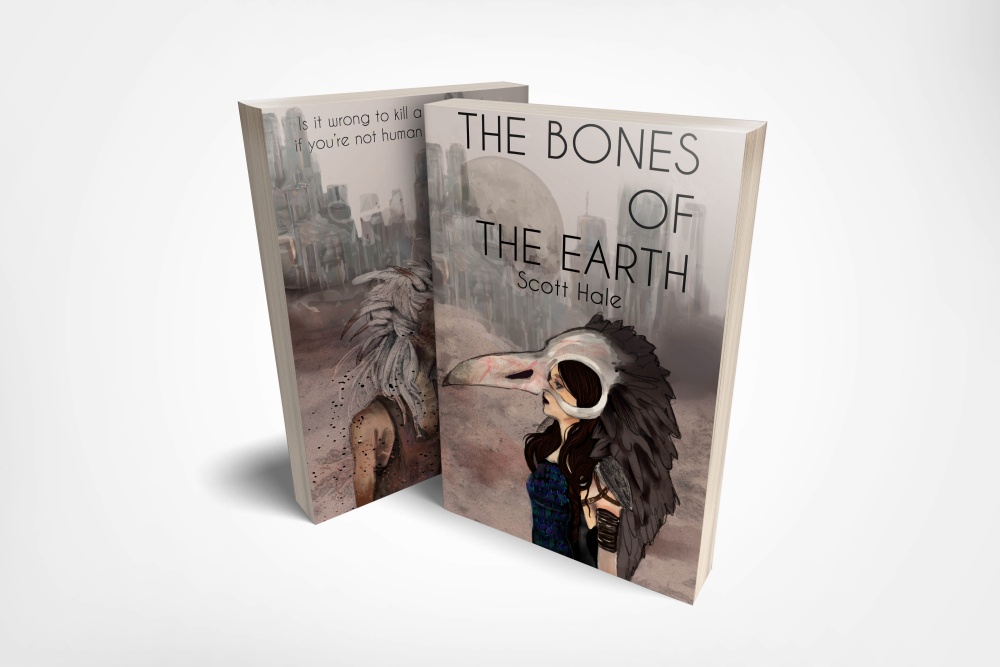 What inspired you to set your story two hundred years after a catastrophic event?

I wanted to create a novel that blended fantasy and horror together into something readers haven’t seen before. Really, I wanted something that could be any genre at any time; something that could be initially disorientating, and also, recognizable, relatable. The catastrophic event is extremely important to the series, of course, but what’s even more important are the beliefs, the actions that caused it to occur in the first place. It’s about the lies told and the justifications made, and the cultures and societies whose foundations were built and then warped by those very things. Also, it’s spooky.

Tell us more about Vrana of the Raven.  What makes her so special?

Nothing. She’s not a chosen one. She’s not a reluctant hero. She’s a young woman who has come to realize, like the rest of us, there’s more to the world than she’d been led to believe, and finds herself in the middle of something that most wouldn’t be able to handle. Sometimes, she can; and sometimes, she can’t. And I think that’s what makes her special. She’s not a strong female character. She’s a strong character, who has moments of strength and vulnerability, who is female because is she is female, not because a box needed to be checked. She does what she does because she wants to see through what she’s started, to protect herself and the ones she loves. And if the world benefits, then, well, that’s a nice bonus, too.

You weaved a lot of detail into this story.  Why did you take this approach?

I prefer stories that let their details reveal themselves organically, at the right place, at the right time. Giant exposition dumps, when done poorly, are very clumsy and very obvious. The downside to my approach is that it asks a lot of my readers; that is, I hope they will trust me and see the journey through. While I do enjoy ambiguity here and there, at the end of the day, I’m telling a story, and so you can trust me when I tell you most things will be explained in some form or fashion – you just might have to wait awhile until it happens. But I promise you, when it does, it will make sense and it will hit all the harder for it. To supplement this approach, two of the novels in the series, The Blood of Before and The Agony of After, are actually horror anthologies that are not only standalone stories, but also accounts of important events that’ve, in most cases, occurred prior to the Trauma. 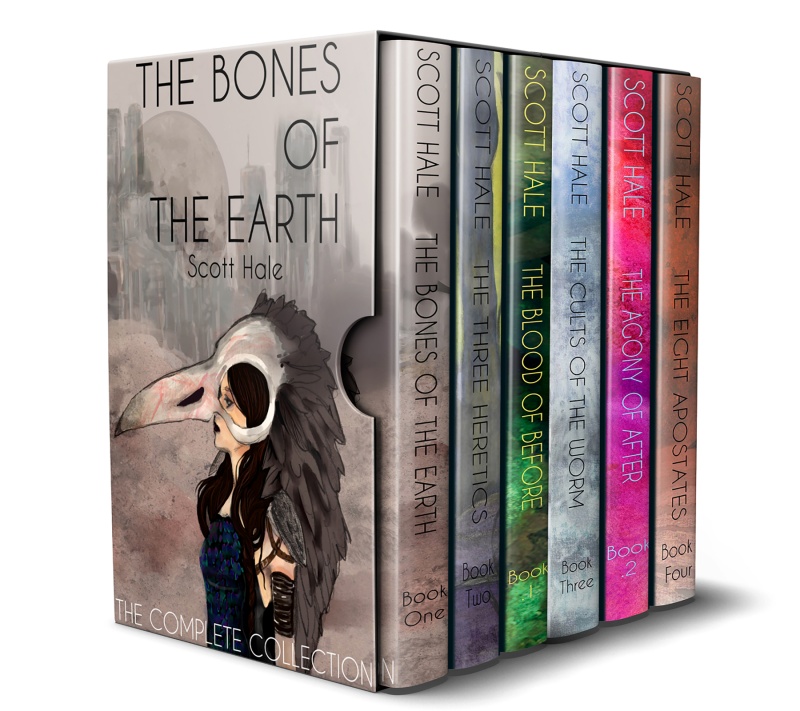 Secret skills? Can watching a ridiculous amount of horror movies be considered a skill? I play guitar, video games; my brother and I are filming this June a screenplay I wrote titled Entropy. We record our horror movie podcast, Terrorcast, weekly, too. By day, I practice as a social worker on a psychiatric inpatient unit. If anything informs my writing, it’s definitely the work I do in the mental health field.

The book has an interesting cover.  Tell us more about how it came about.

My wife, Hannah Graff, is an amazing illustrator, and it was with her that the initial concept for Bones was created. We’d intended to make an illustrated storybook about a healer-like woman who wears a raven’s skull and hunts humans. The project grew from there. Regarding the cover, like anything I do, my concept was overblown, overdetailed, and just not feasible. We went back and forth on many drafts before she simplified it and came up with the template all of the books in the series more or less follow. On the front, our protagonist, on the back, their antagonist. I wanted to keep an illustrated approach, something unique that bucked against current trends in publishing. Something that harkened back to those beautiful, handcrafted horror posters of old. Not something glossy and geometric, with bold font running down the center, and Vrana at the side, half-turned with her ass out.

I let my characters develop as the story develops. I have a general idea of what kind of person they are, and that’s about it. It feels silly to say it, but it really is true: your characters come alive and, at times, dictate their own fate. Something that was taught to me while I was getting my Masters in Social Work was that, when it comes to therapy, you start with the immediate and now – the trigger that brought them into your office – and then, when it’s appropriate, you work your way backwards, back in time, to adolescence, to childhood; to traumas. That’s how I approach most of my characters. I present situations, and they react to them, and from their reactions, a past forms. And if I did my job as a writer well, then it will make sense, even if, at the time, it doesn’t. I talk to myself, too, when they are engaging in dialogue. To respond as they might respond. That helps me for more natural-sounding exchanges, rather than lines that read-like quotes to be put on t-shirts.

The Bones of the Earth is billed as a fantasy/horror novel, but to me, it is far more horror than it is fantasy. There are rules. The same rules we follow in our own world. But for the most part, I try to keep it simple. For me, it’s less about rules, and more about the situations that unfold that may cause those rules to be called into question. Again, if a writer has done their job well, I think you can get away with almost anything. The world and the things that live within it are predictable in their inherent unpredictability, and I think that can give you a lot of freedom to push the boundaries. I will say that, when it comes to supernatural creatures, I do gravitate towards the idea of them being bound to some sort of basic, self-imposed rule. I like the idea of some great and destructive God reigning itself in, not because of some universal law, but a self-inflicted dogma, to simplify and help make sense of its own existence. I think most us do that daily.

Your work takes you to some very dark places. Do you ever get nightmares while writing your books?

I don’t ever get nightmares while writing my books. I wish I did. Some of my best ideas have come from nightmares. In fact, The Black Hours and A Child In Every Home, novellas from my anthologies, came from nightmares I had; and my (eventual) upcoming novel, Hecatomb, was from a nightmare, too. But it’s true: my books go to some very dark places. I love dark and disturbing things. I love body horror. I would be lying if I said that I don’t enjoy shocking people. But I also think there is value in writing a world where anything is possible. Suddenly, that plot armor doesn’t seem so strong. Suddenly, everything is at stake. I also prefer to maim my characters rather than flat-out kill them, which sounds sadistic. But there is a reason for this: I think there are some amazing, inspiring, and even cathartic, stories to be told in the aftermath.

One reader said this story is Harry Potter meets Hannibal.  Would you agree?

Lmao. I haven’t seen that review yet. Well, there is a rudimentary form of magic, and also, cannibalism, so… Why not? Bones probably reads like Dementor’s deepest, darkest fantasy.

Interesting writing habits? I don’t think they are particularly interesting. I write when I can write. No ritual. No special time of day. I don’t need a sensory-deprivation tank or a bottle of bourbon to get me going. I think about my writing throughout the day, so when I do get the opportunity to write, I’m ready to go. I will, at times, find a song and loop it while I write, or put on brown noise, or even the sounds of a wintry countryside getting blasted by the wind. Something kind of droning, numbing. I guess that is an interesting habit. Probably shouldn’t have been so snarky with the sensory-deprivation tank and bottle of bourbon comment. But an average day? It’s like any other day. I wish I set daily word count goals for myself, but, eh. With publishing 1-2 books a year, I think I’m doing okay for now.

On May 1st, 2020, my newest novel, In Sheep’s Skin, will be released into the wilds. It’s about Peter and Mary, two acquaintances who met in their Intro to Psychology class, and how on the same night, at the same time, while they are together, two unrelated killers – a man-like beast and beast-like man – come to kill them. It’s a story about trauma-bonding, toxic relationships, and selfish survival. While it does have some connection Bones, it is, ultimately, a standalone horror novel. I’m supposed to be promoting it, but I suck at self-promotion. On the writing front, I have started my next horror novel, The Body Is a Cruel Mistress. I’m about 500 words deep. Clearly, my masterpiece. 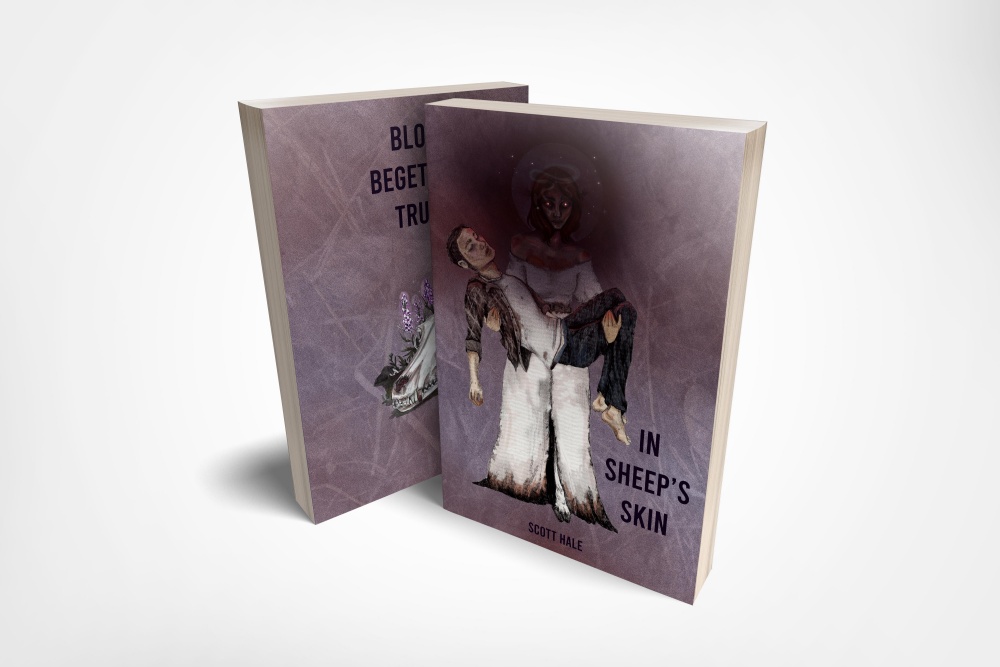 Anywhere. Everywhere. I’m not super cool, and I love interact with fans, so please, if you have questions, concerns, or just want to talk about my work or writing in general, I’m usually always available. I give away a lot of free stuff, too. Just sayin’. 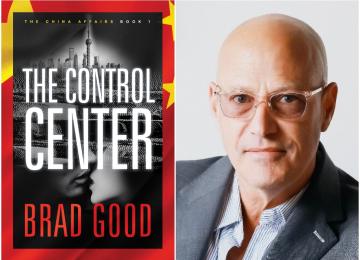