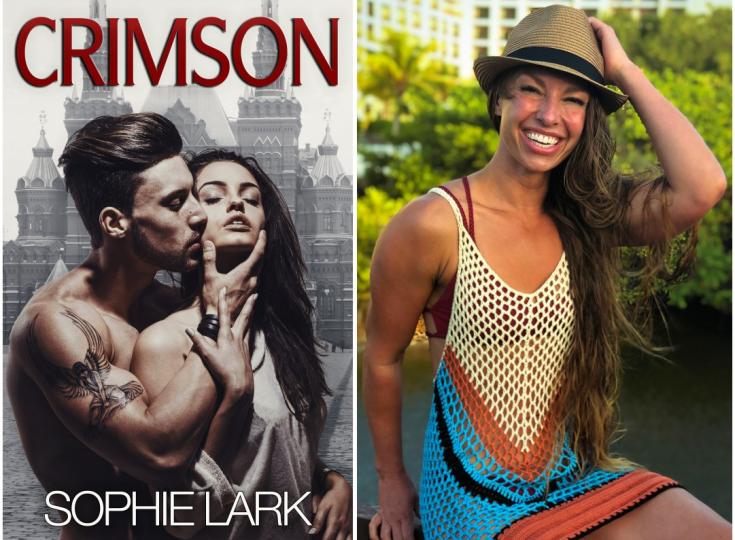 Sophie lives with her husband, two boys, and a baby girl in the Rocky Mountain West. She writes intense, intelligent romance, with heroines who are strong and capable, and men who will do anything to capture their hearts. She has a slight obsession with hiking, bodybuilding, and live comedy shows. Her perfect day would be taking the kids to Harry Potter World, going dancing with Mr. Lark, then relaxing with a good book and a monster bag of salt and vinegar chips.

Please give us a short introduction to what Crimson is about.

Crimson is a story about Nadia, a mafia princess who never questioned her family’s plan for her, until she saw the dark side of her life of privilege. After she finds her mother’s journal, she goes to Moscow to uncover an old secret. There she meets Nikolai, the son of a rival Bratva family. As they try to resist their attraction to each other, they realize their family histories are linked by more than bloodshed and hatred.

What inspired you to write a Mafia Romance?

I’ve always been fascinated by the dichotomy between the love, loyalty, and close bonds of mafia families, vs the inherent callousness and utilitarianism of the criminal world. I was specifically inspired by a scene in the movie “Eastern Promises”, where a Russian mafia boss teaches his granddaughters to play the violin while plotting the murder of a different young woman.

Tell us more about Nikolai Markov. What makes him tick?

Nikolai is young, arrogant, and ambitious. He’s eager to please his father and take his place at the head of his family. He sees himself as a ruthless Bratva boss — he doesn’t realize that he’s a romantic at heart.

What makes Nikolai and Nadia such a great match?

Nikolai sees that Nadia is more than just a typical spoiled mafia princess — she’s intelligent, resourceful, capable. He knows she deserves better than the man her family picked out for her. And that makes him want to be a better man himself, so he can be the partner she deserves.

Why did you pick Moscow as the backdrop for your story?

My previous mafia story takes place in London and Paris — where Russian families have adapted to the modern European environment. Nadia and Nikolai’s Moscow families are old-school. Since Nadia is digging into the past, I wanted to examine the roots of the Bratva, where they come from, how the harsh environment of Russia has shaped them.

More than I expected! I barely made my deadline because I became so enthralled with elements of Russian culture like their bathhouses and traditional meals. I try to be as accurate as possible in my books, so I use real restaurants, street names, parks, etc. whenever possible.

My husband and I do bodybuilding together, so I’ve got a pretty solid bench press. Also, I love trivia... especially Harry Potter trivia!

For me, the hardest thing is forcing myself to sit down and write, whether I feel “inspired” in that moment or not. Once I’m in the flow of it, the good ideas will come. But the start of the session can be tough.

I don’t have this problem too much, because the characters I’m working on currently are the ones who feel most real and alive to me. But I certainly keep a notes folder with all my future story ideas.

This is Book 4 of the Colors of Crime series. Can it be read as a standalone? How does it tie in with the other books in the series?

I try to write all my books so they can be read as standalones. If you read them through chronologically, you’ll find little Easter eggs, but each one is its own complete story. Anything relevant from the previous book will be summarized in the next one — for example, Nadia’s mother was killed in Book 3. Book 4 opens at her funeral, allowing the reader to quickly learn what they need to know. 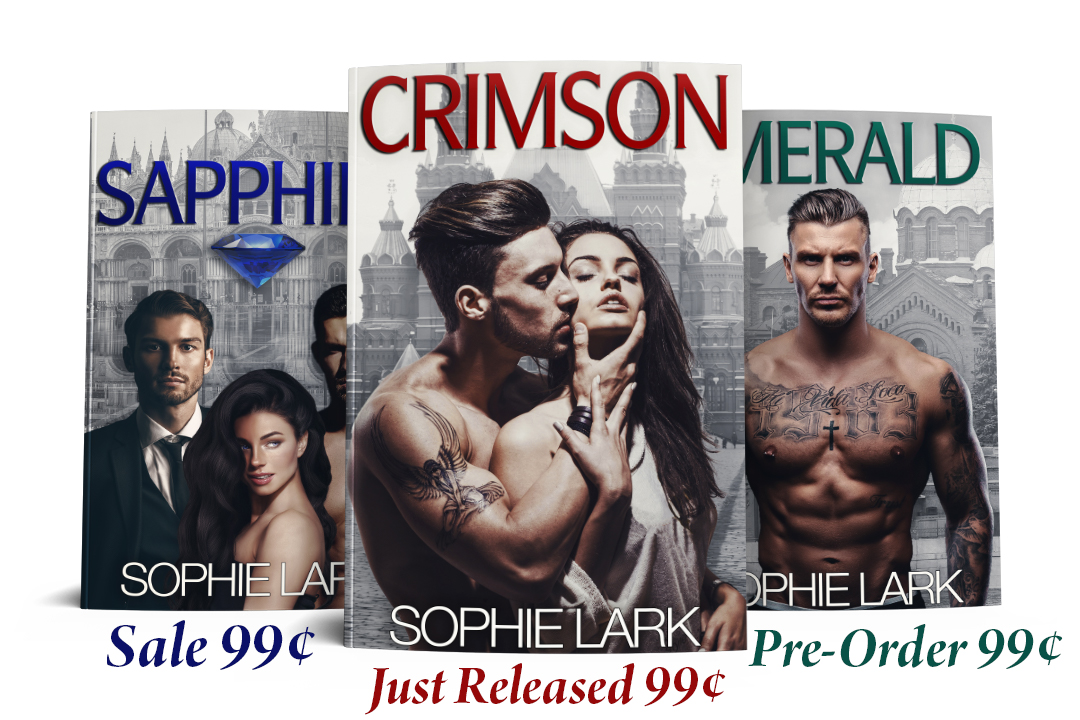 I’ve always believed that the best romantic relationships are between people with strong shared values and characteristics. Opposites may attract, but it’s our commonalities that bind us together for the long term. So even though my romantic leads may seem disparate to begin with, the way they’re able to understand each other on a deeper level is what ultimately makes them fall in love.

I have three kids, including a baby, so I have to get my writing in whenever and wherever I can. I bring my laptop to basketball practices, school pick-up, Chick-fil-A — pretty much anywhere you can imagine.

I’ve taken a short break from my Colors of Crime series to write The CEO of Cristo, a novel inspired by The Count of Monte Cristo. This one has been an absolute blast to write — it’s stuffed full of jealousy, obsession, lust, and revenge. I used alternating points of view from my hero and heroine, but I also included the point of view of the villain, which I hope will make him a little more sympathetic, so there will be pathos along with the satisfaction of his ultimate defeat.

I’m on Amazon, Goodreads, and Instagram! I currently have two series running — Colors of Crime, which will mostly focus on the Russian mafia moving forward, and Classic Billionaires, which are all stories inspired by works of classic literature.