Stan Loveday - Drawing on Real-Life Experiences to Write About Firemen

Stan Loveday - Drawing on Real-Life Experiences to Write About Firemen
Posted on 12th of October, 2019 by Naomi Bolton 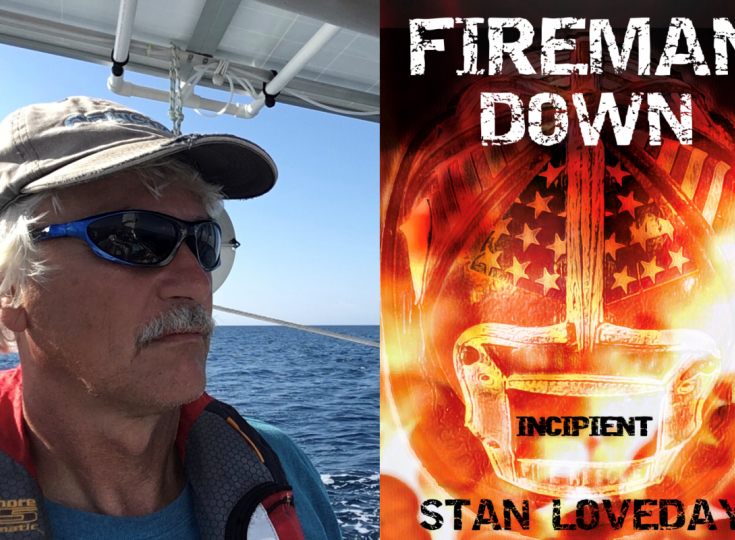 As a retired Firefighter/Paramedic, Stan Loveday lives aboard an aging sailboat in the Florida keys. He is the author of the novel “Dark Wave” and his new novel, “Fireman Down”. With over 35 years of fire department service, he now travels aboard his sailboat ‘SE of Disorder‘. An experienced sailor with thousands of sea miles under his keel, he brings real-life experiences to the pages of his works. When not traveling the Caribbean, he resides on the waters of Key West, Florida. “My writing is drawn on real-life experiences to immerse the reader into the novel and feel the terror of when things go south. All that is lacking is the heat of the flames or the spray of saltwater as it hits your face.”

Please give us a short introduction to what Fireman Down is about.

“Fireman Down” is a novel about a firefighter trying to find the reason why his partner was killed during a high rise structure fire.  He uncovers what appears to be an arsonist that is targeting the firefighters. Attempts to track down the patterns that may lead to a suspect seemed to be blocked at every turn.  It weaves in a lifetime of experiences to put the reader into the boots of the firefighter standing there when the proverbial hits the fan.

What inspired you to write about an arsonist and firemen?

Having spent a career as a Firefighter, I was always amazed at how little actually was reported by the local news.  Having been on calls that you know should have been beyond newsworthy, but yet never a mention was made. One such call years back struck me as odd when we nearly lost several very good firefighters and was glossed over. Ask a dozen firefighters and everyone has a story, but rarely is it heard outside of a firehouse.  Blockbuster movies with Hollywood effects may have glamorized the profession, but the real-life struggle that happens every day is rarely heard.  So rather than target one event or one call, I wove them all together as you follow the day by day events so many firemen face.

Tell us more about Kent Ward. What makes him so special?

The main character Kent is a combination of several older firemen that I had the honor and privilege to know and work with.  Crusty, gruff, and with more than a little attitude, they had more experiences than many will ever see.  Sadly, a couple of those same firemen had long since pass on.  The one true aspect that I passed on to the character in the book was the love for the profession and doing the job right that these guys had.  That belief carries over to the persona of Kent by the way he talks, his attitude towards the job always being number one, and the safety of those around him.  The contempt he has for insane rules that many have faced carry forward to even past this book. This is only but a part of those ideals of those that have worked in this profession.

You are a retired firefighter/paramedic. How much of your own experience have you written into this book?

I have spent the better part of 30 years working as a firefighter, so many of the stories I write use true personal experiences as a basis for the story lines. The effects are not Hollywood made up, but actual effects from true fires. Real memories of accidents. Actual dialog from coworkers.  When someone can write from personal experience the story can become alive to the reader. I work hard to take the visuals one sees only as a firefighter and translate it for those that have the glamor of television to go by.  The sheer level of terror when a “Routine” call turns out to be anything but. The emotions of working to save someone that was injured only to lose them while enroute to the hospital.

I guess the biggest one is that of being a sailor that has lived aboard a 30-year-old sailboat totally off the grid. For over 2 years now, I have motored, sailed and anchored my way around the Florida Keys and the Bahamas enjoying the life of a traveling sailor.  New ports. New destinations. New Adventures.  From solar driven water maker to wind driven refrigeration, the boat and I have enjoyed the natural beauty of the sea, without the need to dock and plug in the vessel.  Totally free to wander when and where we choose.

For your own reading, do you prefer ebooks or traditional paper/hardback books?

While I love paperback books, having moved aboard the sailboat almost 12 years ago, storage for that kind of products were problematic.  I was forced into the ebook realm due to the lifestyle I now live.  The ability to download a book to my reader from whatever part of the Caribbean I may be at is actually quite impressive. The enjoyment of plopping down at some seaside no name pub and reading a few chapters of a good book is invaluable.

Many are.  Some may be a combination of two, and past coworkers will call me to ask if this one or that one is such and such.  Almost like playing wheres Waldo. But as to protect the good and the bad, I always throw in a curveball to the description, just to keep them all guessing.

Truly the public safety personnel is a unique breed.  Not everyone was meant to run into burning buildings, or stop domestic fights, or even save the life of another.  The camaraderie experienced by this group of people is hard for the average person to understand. Very few people work a job where just going to work may result in a sad outcome.  So many things the public never knows and as a group, we respond at the time where others may flee or are in their worst hour of need.

That comes from the job.  So many times you go to work never knowing where the day may lead. The stereotypical cat in the tree for example. There is never just a routine call. That cat might not be a cat but a cougar.  Where a normal 9-5 job has a pattern or routine, firefighters wonder if dinner is still possible.

What do you hope readers take away from the novel.

That is a tough one.  Some might find the book challenging from the setting that is that intense.  But those that have read it with family members that work the job, have said the same thing.  The emotional roller coaster that firemen experience day by day is real.  So when you see that fire truck at your local grocery store, say hi to them.  They don’t expect thanks, nor do they look for it.  But they as a whole enjoy the interaction with the citizens they serve.

Trying to protect the true identity of those that are portrayed in the storylines, while keeping the reader's interest in the book. Combine that with making it entertaining without turning off the reader from the very nature of disasters. A fine line between a good story and poorly done violence.

Living aboard the sailboat, especially in the Florida Keys, the available sites for inspiration is boundless.  I write almost exclusively on an Ipad tablet with a portable keyboard.  A typical day may find me running the dinghy to shore, maybe stopping at a local coffee shop while a write a chapter or two. From there whether it is listening to some of the live bands around town while I work or having a glass of sangria while watching the tourist wander parts of Duval street, I have no problem finding a bench or seat to write at. I wrote the entire book “Fireman Down” while sitting at different locations around Key West over a three month period. This includes a few chapters while sitting out a horrendous squall on the boat, with lightning so close was afraid the tablet would get fried before I could back up the chapter I was working on.

Actually have three works in process, with two due out by Christmas 2019.  One is a sequal to Fireman Down,  following the continued exploits of Kent and his search for the truth.  The second is a horror book called “The Devil’s Sail” about a sailor's vision and the voyage he encounters. And the third is yet to be named.  Excerpts can be found on my website for an idea of what is coming up.

Where can our readers buy Fireman Down, discover more of your work or interact with you?

All of my current works are on Amazon.  Both in Ebook and paperback version.  They can be found there via my author page of www.amazon.com/dp/stanloveday  or via my web page at www.keywestwriting.com where some of the new storylines are posted. 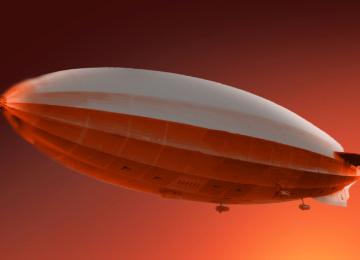