Stephanie Hansen - Polarization and the Need for People to Work Together

Stephanie Hansen - Polarization and the Need for People to Work Together
Posted on 5th of September, 2020 by Naomi Bolton 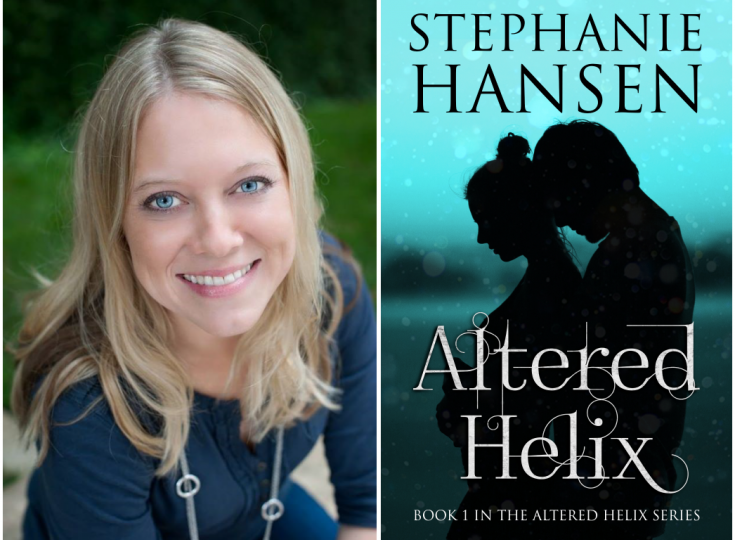 Stephanie Hansen's short story, Break Time, and poetry has been featured in Mind's Eye literary magazine. The Kansas Writers Association published her short story, Existing Forces, appointing her as a noted author. She has held a deep passion for writing since early childhood, but a brush with death caused her to allow it to grow. She's part of an SCBWI critique group in Lawrence, KS and two local book clubs. She attends many writers' conferences including the Writing Day Workshops, New York Pitch, Penned Con, New Letters, All Write Now, Show Me Writers Master Class, BEA, and Nebraska Writers Guild conference as well as Book Fairs and Comic-Cons. She is a member of the deaf and hard of hearing community.  As our Author of the Day, Hansen tells us all about her book, Altered Helix.

Please give us a short introduction to what Altered Helix is about.

The most exciting thing about Austria’s new job, at a local haunted house, was the fact that the toughest looking people screamed the loudest. But when she meets the boy without a home, Josh, Austria’s life takes intriguing and eventful turns. Up until now, Josh has managed to hang with his Street crowd, but they’re in danger, and so is Austria, the girl Josh recently fell for. The group finds themselves joining forces with previously considered enemies who also now find themselves in danger.

Deeply compassionate and full of twists, Altered Helix captures the struggle of polarized people that must work together for the greater good.

An important theme in this book is polarization and the need for people to work together for the greater good. Why did you find this important to explore? Not to get too political but it plays off of the polarization of the American government and how it’s divided our country. I believe that if people were to honestly answer political surveys, the majority of the population would sit somewhere in the middle, not right or left. I wish our government reflected that…not sure how to make that occur IRL but I gave it a shot in fiction…a woman can dream.

Not sure it’s a secret but I help many authors become traditionally published by owning Metamorphosis Literary Agency. I have a motto: “Leave no author behind.” Not every author places with a major house for their debut book BUT that doesn’t mean they won’t someday. An author acquaintance began publishing in small press opportunities for not much money but is now regularly contacted for contracted work with a major house. Each of our paths are different. I also don’t begrudge self-publishing. In fact, for many people, it’s the optimal route. I support all writers and publishers. I don’t support writers or publishers that try to take advantage of others.

Why did you pick a haunted house as the backdrop for your story?

In my late teens / early twenties, I made extra money by working at a local haunted house…and enjoyed every moment…it inspired much of Altered Helix.

The characters and worlds have so much back story. Much of what I write comes to me in dreams and that holds true with the Altered Helix series. Shortly before writing this series my parents divorced and in a dream I was visited by a grandmother I never met (she died in 1969 after giving birth to her 8th child – 5 of which survived)…if you’ve read the series you know where this ties in: she said, “Everything’s going to be okay!” Which everything was okay though I went through a near-death experience a couple years later…this also ties in a lot with many of my books. Oy, but that doesn’t sound like fun…well in some ways survival is the best thing ever.

Book two in the REPLACED PARTS duology (scheduled to publish with Fire & Ice YA and Tantor Audio 2021)…Secret: the Altered Helix series relates to this duology as well as a planned 2022 publication!!!

My website is the best place. It will lead readers to books or my social media accounts. https://www.authorstephaniehansen.com/