Steve Powell - A Page-Turning Thriller so Real it's Terrifying

Steve Powell - A Page-Turning Thriller so Real it's Terrifying
Posted on 30th of September, 2022 by Naomi Bolton 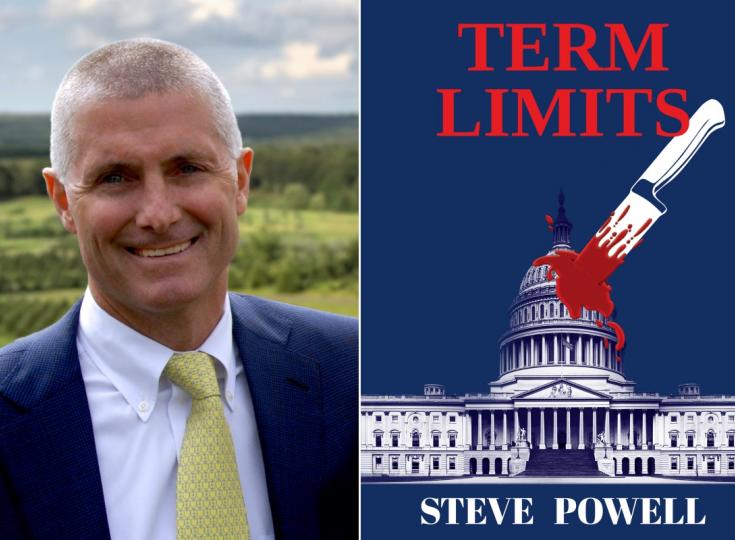 Steve Powell is a retired bond trader. He is an avid runner and a struggling but optimistic golfer. ​ He is married with four grown sons and lives in Connecticut where he owns a small gym and writes. As our Author of the Day, Powell tells us about his book, Term Limits.

Please give us a short introduction to what Term Limits is about.

Term Limits is the story of a decent man who is pushed too far. Because they are too callous to care for anyone other than themselves, he takes on the establishment. He’s hunting them and they’re hunting him in a grisly chase around the country.

Readers say that they ended up sympathizing with the "villain".  How did you pull this off?

The villain in Term Limits is a decent, average man; a person like you or me. I let the reader get to know and hopefully like him and then see his life deteriorate. He faces issues that could affect any of us and as a consequence I think readers do sympathize with him.

How did you go from being a bond trader to an author?

My first book, Charlie, was very loosely based on the still-unsolved, brutal murder of a distant relative. For decades police suspected they knew who killed her but couldn’t prove it. I always thought the suspect’s alibi and some of the circumstances surrounding the murder would make a terrific novel. After thinking about it for years, in 2010 I sat down and wrote the story. I loved the process of trying to craft a tight, page-turning mystery and have been writing ever since.

How much of your own experiences have you written into the story?

There are bits of my own experiences in Term Limits. Most were kernels which were twisted and exaggerated to hopefully be more interesting than my day to day life.

What do you hope readers take away from this book?

More than anything I hope readers simply enjoy the book, that they don’t want to put it down. But as I mentioned, I wrote Term Limits out of frustration with our government’s inability to act for the greater good. I hope readers will share that frustration and consider that we deserve more from our elected representatives than we are getting.

Gun control is a prominent theme in this book and some readers commented that you use this book to express your political views. Why did you take this approach?

Our government’s inaction in response to the murder of 26 innocent people, mostly very young school children in Newtown, Connecticut was the inspiration for this book and as a consequence gun control is a theme. But the broader theme is that our elected officials, Democrats and Republicans, are more concerned with accumulating power and wealth than they are with the greater good. Their focus on fund raising and catering to monied supporters has misaligned many politicians’ interests away from those of their constituents and the country as a whole. More than anything in Term Limits I tried to write a page-turning thriller that captivated readers, but I do hope it also a book that makes them think.

I was surprised by how enthralling mystery/thriller writing can be. I love it when I have uninterrupted time to sit down to write and I can easily spend hours pounding away at my laptop. It’s fun and challenging to come up with an idea for a murder or a clue and to put the idea into credible, engaging words and to tie that all together into a compelling novel.

John Irving because I love his books.

I’m working on a still untitled murder mystery, more along the lines of my first novel, Charlie, than Term Limits. 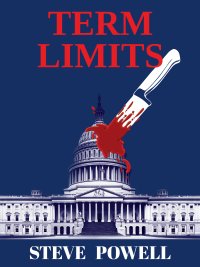 Steve Powell
Pushed beyond his limits, one man takes on the establishment and corruption at the highest levels. To break the power of our self-serving leaders in Washington, he leads the nation on a grisly hunt. He’s hunting them and they’re hunting him. One side will have to blink. In the meantime, people are dying. Term Limits is a thriller ripped straight from the front pages of our newspapers
Mystery & Thriller
$0.99
$4.99
Amazon
B&N