Susan Clayton-Goldner - Murder-Mystery Full of Twists and Turns
Posted on 24th of March, 2022 by Naomi Bolton 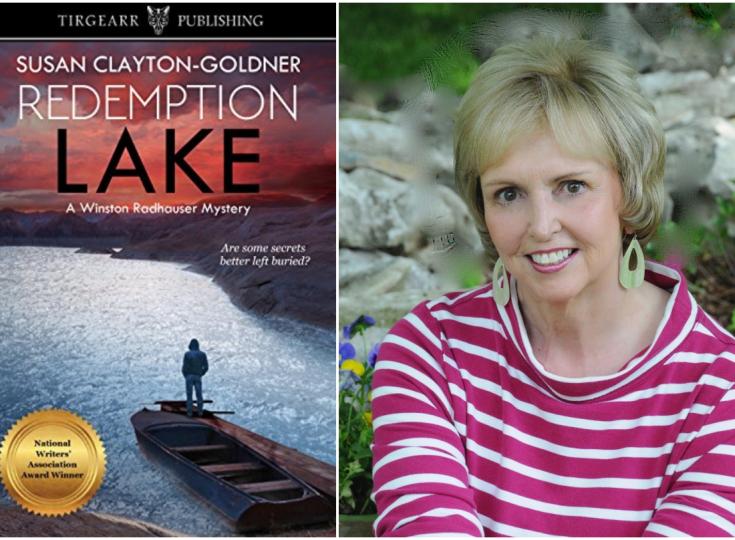 Susan Clayton-Goldner was born in New Castle, Delaware and grew up with four brothers along the banks of the Delaware River. She has been writing poems and short stories since she could hold a pencil and was so in love with writing that she was a creative writing major in college. Through the writing process, Susan has discovered she must be obsessed with the reinvention of self, of finding a way back to something lost, and the process of forgiveness and redemption. These are the recurrent themes in her work. Her poetry has appeared in numerous literary journals and anthologies. A collection of her poems, A Question of Mortality was released in 2014. Her novel, A Bend in the Willow was released in 2017 and is a Readers' Choice Best Books of 2017 winner. She has just finished her 11th book in the award-winning Winston Radhauser mystery series and is working on #12. She has also completed a stand-alone thriller, called Tormented, which won the Rone Award for best thriller, and a novel based on her journey to love and forgiveness with her alcoholic and abusive father entitled Missing Pieces. After spending 3 years in Nashville, Susan and Andy enjoyed a quiet life in Grants Pass, Oregon, with her growing list of fictional characters, and more books than one person could count. Andy died from a massive brain bleed on March 10, 2021. For months afterward, Susan couldn't write about anything except grief. She found the grief road to be rocky with many potholes, but she is now writing again. Somehow she knows the writing will be what brings her back to life. When she isn't writing, Susan enjoys making quilts and stained-glass windows. She says it is a lot like writing--telling stories with fabric and glass. As our Author of the Day, she tells us more about her book, Redemption Lake.

Please give us a short introduction to what Redemption Lake is about.

On the night his mother, Karina, remarries, Matt shouts out the word “bullshit” while she and Nate make their “forever” vows. Karina demands Matt leave. He drives to his best friend’s house. Travis isn’t home, but Crystal, Travis’ mother, invites Matt inside. They drink beer, light some candles and slow dance in the living room. Half drunk, Crystal seduces Matt and they end up having sex. When it’s over, Crystal is horrified by what she’s done, apologizing, begging Matt not to tell Travis. They argue. Matt wants to leave, but Crystal takes his keys, insists he sober up before driving. She tells him to sleep in off in her bed and she will wake him before Travis gets home.

When Matt awakens, a few hours later, Crystal is dead in a bathtub of blood. He is devastated. At first, he believes she killed herself because of what they’d done. He knows Travis will be home soon. Matt can’t let that bloody scene be Travis’ last memory of his mother. And he can’t let his best friend suspect what happened between him and Crystal. She’d made it clear, she didn’t want Travis to ever know what they’d done. Matt has to intercept him. Matt cleans the house, does everything in his power to hide his involvement with Crystal. Detective Radhauser knows Matt is hiding something. Crystal is pregnant and the ME rules the death a double homicide. Matt’s world closes in when his father is arrested for Crystal’s murder, then confesses to the crime. Matt knows his father didn’t kill her. Travis breaks off their friendship. Matt, also a suspect, is obsessed with finding the real murderer, clearing his father, and getting justice for Crystal.

What inspired you to write about an eighteen-year-old who harbors two terrible secrets?

When I started Redemption Lake, my son was eighteen and got involved in a cult church as a freshman in college. The book started out as a family drama—in part my attempt to better understand my son. Years later, when I got an agent, she thought it would make a good murder mystery, so I put Matt’s best friend in the cult church and gave Matt two, very shameful to him, secrets. I added the murder of Crystal (Matt’s best friend’s mother)

Tell us more about Matt Garrison.  What makes him tick?

The protagonist, seventeen-year-old Matthew Garrison is a dreamy, poetry-writing, high school senior, with a secret crush on 32-year-old Crystal Reynolds, mother of his best friend, Travis. Crystal works as a waitress at The Silver Spur Steak house. She’s smart and funny—always up for anything—not to mention the sexiest woman Matt has ever seen. At school, Matt is a good student, but a bit of a loner, wounded by the drowning death of his cousin and by his parents’ divorce. Travis and Danielle, a girl he’s known since preschool, are Matt’s only friends.

In part, Detective Winston Radhauser is special because he’s a pit bull when it comes to solving cases. But also, a bit of a softie. He is wounded by the death of his wife and 13-year-old son in an automobile accident. He blames himself for not taking time off from work and driving his wife and son to the horse show. His son, Lucas, loved horses and wanted nothing more than to be a modern-day cowboy and rodeo rider. Radhauser wears western clothes, a Stetson, cowboy boots, and a big belt buckle Lucas won at the junior rodeo, to honor the memory of his boy.

In addition to writing, I enjoy making quilts and stained-glass windows. I consider both of these a bit like writing. I’m telling stories, but instead of using words, I’m using fabric and glass. I’ve given away over 200 quilts and still have a few in my own home. I write poetry and have a published volume entitled, A Question of Mortality. I enjoy interior decorating. In general, I love to create.

This is book 1 of a series.  Can it be read as a standalone? How do the other games in the series tie in with this one?

I am currently working on the 13th book in this series. All of them stand alone. They share the same detective who does find love again and moves from Tucson to Oregon (as I did) where he lives on a horse ranch with his new wife. Eventually, in book 11, they add twins to their family of two children. The books do build on each other—especially in the detective’s private life. But you could read them in any order and still enjoy them.

Interesting cover. Please tell us more about how it came to be.

Tirgearr Publishing has its own cover designers, but they do ask for input from their authors. Because the incident at the lake was so important in forming Matt’s character, and because he finds his “redemption” there at the end, the cover needed to have the lake and the young boy contemplating his part in what happened to his cousin.

I think this happens pretty often for writers. In my most recent book, I changed everything about the villain about halfway through the book because I just couldn’t make her motivation work. So, I created a brand-new character, even changed the name, with a motivation that I’m hoping will surprise the reader.

As an author who has published 12 books in a series, plus a few more novels, do you ever suffer from writer's block? If so, what do you do to combat this?

My husband of 34 years died on March 10, 2021—a little over a year ago now. After he died, I had trouble writing about anything except grief and what it felt like to be without him. It took me many months before I could focus on writing fiction. When I feel blocked (which isn’t often) it helps me to go back and reread what I’ve written so far. Maybe plot out a couple more scenes. This will sometimes put me back into the fictive dream. 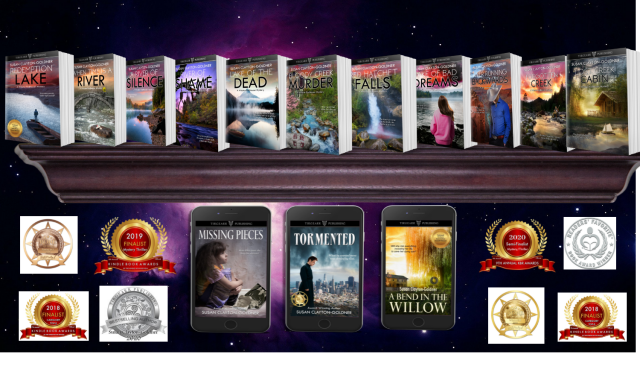 Which book in the series is your personal favorite so far?

My favorite is usually whichever one I’m working on at the time I’m asked. But looking at the books more objectively, I’d say River Running Backwards is my personal favorite. I like it because we learn so much about the detective’s life and childhood. He goes back to be with his dying uncle, the man who raised him, and learns his parents are still alive. That he had an infant sister who was murdered, his mother was accused, convicted and sent to a psychiatric prison where she hasn’t spoken in nearly 40 years. It’s a very cold case, but Radhauser, the pit bull, is determined to find out who really killed his sister and free his mother.

I write detailed character sketches (sometimes 10 pages long) for each of the major characters. This includes a physical description, psychological, and sociological profiles. With the villain, I write out his motivation for doing what he or she does and try to give him some redeeming characteristics. I also think about other suspects and try to have 4 or so in mind.

For a while (before my husband died) I was producing 3 books per year. That required very long days of writing for me and no weekends off. I’m cutting back now and hope to write only one per year—but no more than two.

I’m working on the 13th book in the detective series. It is called Dark River Rising. It’s about sex trafficking of children and I’m attempting to tell part of it from the POV of a dead 13-year-old girl. I’m not sure I can pull it off. It’s probably too early to tell. But I’m trying.