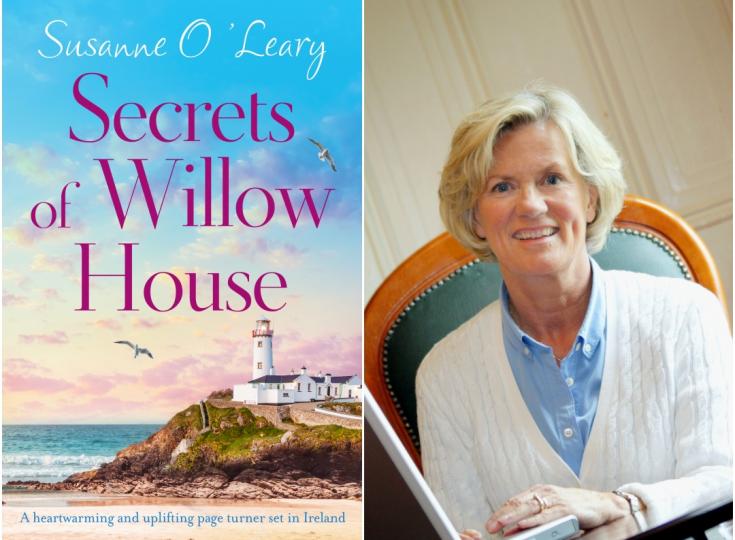 Susanne O'Leary is the bestselling author of more than twenty novels, mainly in the romantic fiction genre, mostly romantic comedies, aka chick-lit.. Her four first novels were published in Ireland and then she started self-publishing in 2010. She has also written four crime novels and two in the historical fiction genre. She has been the wife of a diplomat (still is), a fitness teacher and a translator. She now writes full-time from either of two locations, a ramshackle house in County Tipperary, Ireland or a little cottage overlooking the Atlantic in Dingle, County Kerry. When she is not scaling the mountains of said counties or keeps fit in the local gym, she's writing, producing a book every six months

Please give us a short introduction to what Secrets of Willow House is about.

Maeve McKenna is on the verge of a breakdown. Having worked herself into the ground as a sought-after interior designer in London, she’s in desperate need of a vacation.

With the rugged shores of Ireland calling, Maeve visits her aunt Philomena in Sandy Cove, where she once, as a teenager, kissed a wild, mysterious boy – a kiss she has never been able to forget. The beautiful night’s sky is dotted with stars as far as the eye can see, and Maeve is worlds away from her chaotic life in the city.

As Maeve throws herself into restoring Willow House to its former glory, a deep friendship with Philomena begins to blossom. Surrounded by the faded walls and peeling carpets of the old mansion, together they stumble across a secret that turns their family upside down.

All the while, she can’t stop thinking about the enigmatic boy from her past, and that magical kiss… Is he still in Sandy Cove?

Why did you pick Sandy Cove, Ireland as the backdrop for your story?

Sandy Cove is a fictional village based on the real village of Ballinskelligs on the Ivearagh peninsula in County Kerry, where the famous Ring of Kerry is situated. I picked this part of Ireland because of its breathtaking beauty and wonderful people. It’s a truly unique place with lovely views of the mountains and the Atlantic. It is also a dark sky reserve, where there is no light pollution and the stars are clearly visible at night. I fell in love with this place the first time I went there and keep going back every year. It’s a magic place and perfect for a romantic setting. 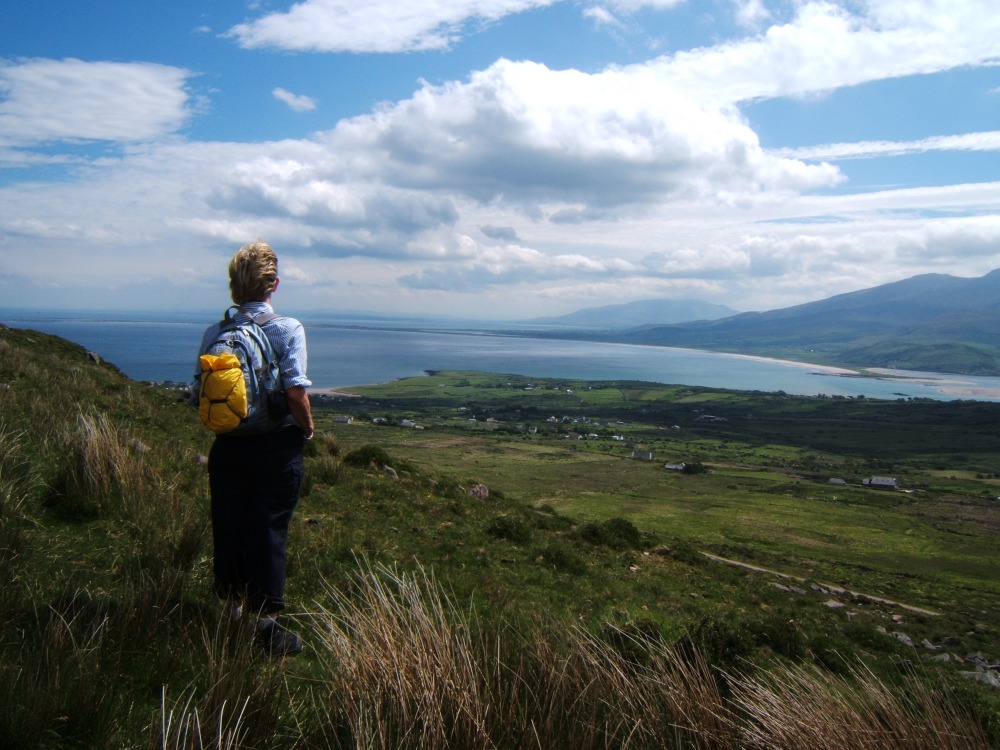 Tell us more about Maeve. What makes her tick?

Maeve is passionate about interior design. She loves shapes and colours and order. She has a habit of rearranging people’s homes whenever she visits friends or family, to the point of lining up the cans in their kitchen cupboards according to shapes and colours. She is warm and friendly and feels lonely in the big city. It’s not until she spends time with her aunt in the small village in rural Ireland that she makes true friends.

Readers say the book had a lot of emotional twists. Was this intentional? How did you pull this off?

Yes, it was intentional. I wanted to throw this woman (Maeve) in at the deep end of country living and being close to nature, which makes her rethink her own values and ideals. She is at that mid-life crisis time when many women look at their lives and wonder what lies ahead. I also deal with the grief of losing a loved one, which is what Aunt Phil is struggling with. I wanted to depict a close bond between two women across a big age gap, which I have always found to be interesting. I always try to get under the skin of my characters and feel what they feel.

Yes, this book can be read as a stand-alone, like the other books. But they are tied together by the fact that the same characters appear in all three books, only each book has a new heroine. In book 2, Sisters of Willow House, Maeve’s sister Roisin is the main character with a whole set of new challenges and problems. Book 3, Dreams of Willow House, is about Cordelia, a distant cousin who comes to Sandy Cove from America to connect with her Irish roots. What ties these three books together is also Willow House, an old Victorian villa where secrets of the earlier family members hide in every nook and cranny.

It’s not so secret that I’m tri-lingual in English, French and Swedish. I also love to cook and make up recipes of my own that seem to be appreciated by my family and friends. I’m quite good at swimming, too, if that can be considered a skill.

Your writing has been compared with that of Sheila O'Flanagan, Debbie Macomber and Mary Alice Monroe - are you a fan? Who are some of your favorite authors in the genre?

Yes, I like those authors very much. I also love Marian Keyes and Jane Green. I read a lot and like a lot of different genres. But women’s fiction is my favourite.

Not really. Most of my characters are a mixture of several people. I take the most interesting aspects of a person and add some quirks of another, which makes it more fun.

Aunt Phil. I’d take her shopping in Paris. She’d be a hoot to shop with.

The timeline. It was hard to keep track of the days and weeks and avoid having everything (and that is a LOT) happening on the same day. But my clever editor sorted it all out in the end.

The cover is the work of the cover designer at my publisher Bookouture. We wanted an Irish coastal scene depicting the beautiful light, skies and ocean views of the west of Ireland. I think it does that beautifully.

I get up at around 7.30 and get straight into writing. I always drink tea from a big blue mug and have a slice of toast while I read through what I wrote the day before. Then I spend about two hours writing new material before I go for a long walk. Walking helps me think and plan and new ideas always pop up during my walks. Then, after lunch I get stuck into writing again, this time mostly editing and revising. Then back into the current work in progress, writing until around four o’clock in the afternoon.

I’m working on the edits for book 4 in the Sandy Cove series, Daughters of Wild Rose Bay, which will be up for preorder soon, and also beginning the first draft of book 5 (there will be 6 in this series)