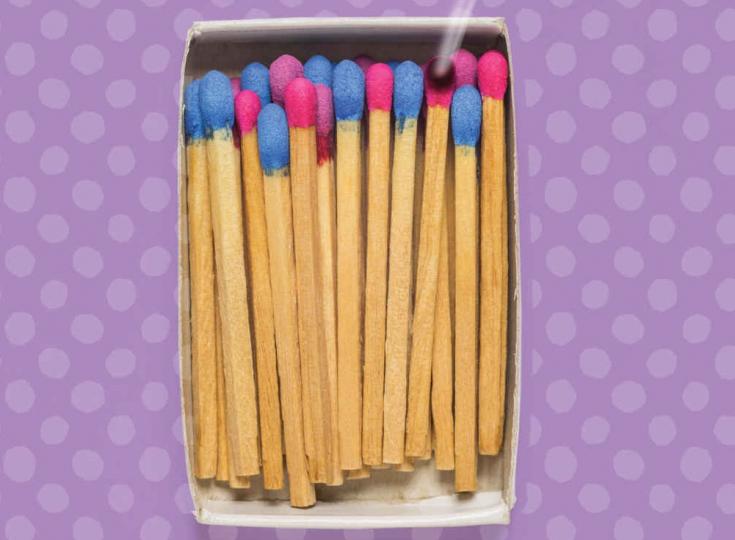 The world needs more “quirky queer” spy novels, something that cousins Suzanne and Jack are happy to provide. The duo teamed up to write Transformed: San Francisco, a funny thriller that manages to capture the essence of The City by The Bay and its unconventional inhabitants. Today we find out from Suzanne and Jack why Transformed isn’t your average spy novel, what made them combine their storytelling instincts and what we can expect from them next.

Please give us a short introduction to your book, Transformed: San Francisco

Charley McElroy is a handsome, well-heeled travel writer and CIA informant who also happens to be a female-to-male transman. And he’s having a midlife crisis. Charley gets suspended by the Agency after forgetting to pay his taxes. Only days earlier, yet another marriage proposal has been spurned. In his grief and confusion, Charley befriends Electra, a high-powered Manhattan socialite-turned-dominatrix rebuilding her life in San Francisco. Then he meets Frankie, a disgruntled lesbian police sergeant who has been demoted by the SFPD for being a whistle blower.

Together they uncover a Christian fundamentalist’s lethal plot to destroy the ‘hedonists’ of San Francisco. Yet, neither the SFPD nor the CIA will take the threat seriously due to the trio’s outsider status. Can they get anyone to listen to them? Or are they on their own? Find out in this funny thriller filled with San Francisco’s spectacular scenery and inimitable, quirky characters.

How is Transformed different from your average spy novel?

This is also a 'quirky queer' spy novel in that some of the players are gay or transgender ... though not all. It's important in our world, we think, to write inclusive books that are truly for everyone.

In the end, all the players move towards greater self-acceptance.

Why did you pick San Francisco as the backdrop for your story?

San Francisco is an inherently hilarious place -- where else would you find a fundraiser that's a Masturbatathon? It's also 'colorful' as the media puts it ... full of people who are not only kinky, they are out and proud about it. Furthermore, it's a physically beautiful place, with bay views from every hill so it's simply a joy to write about. Suzanne lived in San Francisco for a year and a half, and was making mental notes the entire time!

What made you decide to join forces and start writing together?

We are cousins who've known each other since Suzanne was born ... and we've always been among the creative outliers in two highly creative families. Suzanne's father and Jack's uncle was a renowned illustrator whose paintings told wonderful stories. Our ancestors held creative salons for writers and musicians in the parlor of their home in Nebraska, called The Heights. So we decided to combine our storytelling instincts into New Heights publishing.

Transformed: San Francisco deals a lot with sex, gender issues and sexual orientation. Why did you pick this approach?

Actually there are no sex scenes in the book ... what there is, is a lot of discussion about being authentically yourself. And what better, more vivid place to explore that authenticity -- and so many attempts to cover it up -- than thru issues around sexuality? San Francisco is also a place where that kind of full self-ownership is really encouraged.

Your descriptions of San Francisco are very vivid. How did you pull this off?

By living there (for Suzanne) and taking a LOT of notes! It's just such a description-worthy place.

Your characters are eccentric and quirky, but still relatable. Even the bad guy has a back story that earns him some sympathy. What, would you say, is the secret to creating relatable characters?

Write their inner conversations ... and write them with great empathy and honesty. We can all relate if we just try.

The character who required the most research was Frankie, the disgruntled lesbian cop. The world of the police is very tribal and specific in its culture ... you can't really make it up too easily.

What do you hope that your readers will take away from this book? Does it have an underlying message?

Be yourself ... that's what will bring you the deepest joy in the end. Even if it means you have to leave behind those who would have you be someone else. And even if it means you will be different than everyone else ... In the end, true self-expression is what matters most.

What are you working on right now? Will we see more queer spy novels from your pen?

Yes! We are just about to launch Transformed: Paris ... It's a slightly darker but still fun and quirky novel. In it, Charley and Electra travel to Paris, where Charley attempts to infiltrate a group of expats in cahoots with a Neo-Nazi movement to rid Paris of its migrants. The characters include Dickie, Dame of Borque, a British aristocrat with lavender hair and a penchant for evil, and her long-suffering milliner, Odile, who even at 85 still has a few good tricks up her sleeve. It's another showcase novel, this time featuring the City of Light.

Drop by Suzannefalter.com to get a greater taste of our work!