Terry Nichols - A Story that Stirs, Enchants, and Amuses

Terry Nichols - A Story that Stirs, Enchants, and Amuses
Posted on 14th of June, 2022 by Naomi Bolton 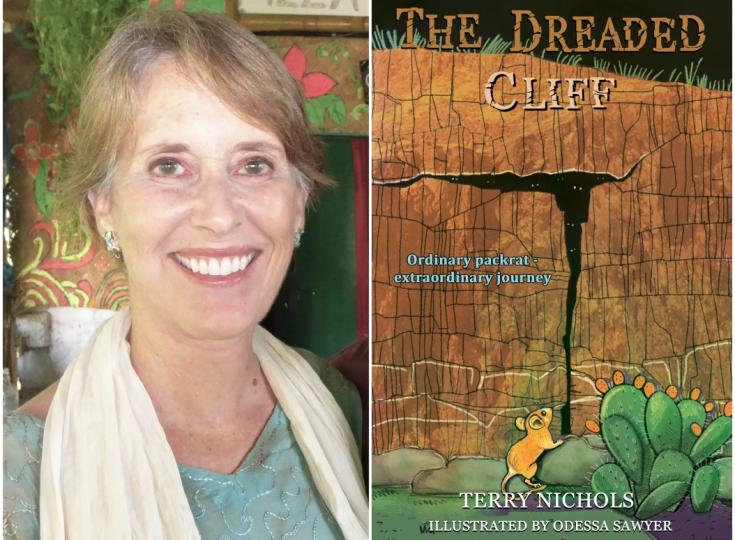 Terry Nichols served thirty years as a National Park Service ranger, protecting and interpreting parks located primarily in the southwestern United States. Originally from Cincinnati, Ohio, her ranger career sent her to this high desert and canyon country where she grew to love the broad landscapes, plants and creatures. She has camped and explored across the region in a '79 pop-up Volkswagen van with her two sons, now grown, and once carried along a stowaway packrat. Now living in a strawbale house she designed and built in Aztec, New Mexico, she talks to packrats and plants and bugs and the moon every chance she gets. She's also a world traveler, has a special fondness for visiting India, and enjoys blogging about her travels. As our Author of the Day, she tells us all about her book, The Dreaded Cliff.

Please give us a short introduction to what The Dreaded Cliff is about.

When a timid packrat named Flora tumbles into a faraway canyon, she must befriend quirky critters, outwit predators, and draw on her special powers to return home to confront an invader that’s taken over the ancestral packrat home tucked in a crack in the dreaded cliff.

I’ve had lovely face-to-face encounters with packrats over the years and have enjoyed their curiosity and intelligence. What truly inspired this story was the intrepid packrat that hitched a ride in my ’79 Volkswagen van and went camping with me in southern Utah. Because its nest was under the floorboard of the vehicle, I never saw it—but I sure heard it. Every night it snuffled and scratched around, hauling materials and food to its nest. The next day I’d move on to the next camping place—sometimes many miles from the last—and I’d hear it again working on its food stash and nest décor. Knowing that packrats build their dens in rock overhangs and use them on and off for thousands of years, I envisioned a tale of a lone packrat who loses her nest but discovers her connections to a far bigger story that includes ancestors, family, home, other animal friends, and her special powers.

Tell us more about Flora. What makes her tick?

Flora is a foodie, no doubt about it. She adores eating prickly pear cactus pads and “snibbling” snacks from the “munch mound,” or the compost buffet, while opining on the quality of offerings. Her treasure-packed nest is her refuge, where each trinket and shiny bauble comforts her packrat senses, spurring her on to collect even more. Her satisfying life is jolted, however, when she learns from her legendary and newly discovered grandmother about the ancestral packrat home stuffed in a crack in the dreaded cliff, where an invader has taken over. Life is much bigger than she ever imagined, and she’s connected to a timeless story that involves countless packrats. Food and treasures motivate her, but claiming her deeper, more powerful self and her glorious family history and home are the true yearnings of Flora’s heart.

Interesting cover and illustrations. Please tell us more about it.

The dreaded cliff looms in Flora’s world, and a dark crack harbors history, unknown forces, secrets. Flora seems so small when facing that cliff and the crack, the location of the ancestral packrat home where an invader wiped out a litter of packrats and has taken over. Santa Fe artist Odessa Sawyer did the wonderful interior illustrations and cover. She asked me to review every illustration. I wanted the illustrations to reflect an accurate Southwest setting and depict all the animals—including the kangaroo rat, porcupine, great-horned owl, cottontail rabbit and packrat—with realistic details. No cute clothing or walking upright like a human on two legs. They needed to appear as they appear in nature, so the reader sinks into the story and believes it’s plausible. What? A kangaroo rat who thinks he’s a king? A packrat who’s a food critic and a porcupine who sings opera? I won’t even mention the rabbit’s special skill. But all of them are believable because you can imagine them on the landscape.

It's not really a secret that I’ve mangled different languages as I’ve traveled and lived in the world. Tamil, Khmer, Malayalam, Thai, Spanish, Indonesian, Navajo—I’ve tackled them, failed miserably in nearly all and have frequently gotten myself into difficult situations by speaking them with native speakers. I also read tarot cards. I can get myself into trouble doing that, too.

All of the animal characters are based on qualities of the real-life animals, so I was challenged for each but probably had the most fun with the kangaroo rat, King Cyrus.

A kangaroo rat is a small package of spunk, adaptability, and resourcefulness. With his clown-size rear feet, he’ll pound the ground, kick sand in an attacking snake’s eyes, or bound away in amazing leaps. I see a lot of bluster and exaggeration in these solitary creatures. My armchair psychologist stepped in when I created King Cyrus. Perhaps he compensates for his diminutive size, isolated lifestyle, and deep-seated fears--justified when it comes to owls and badgers. Yet he has a caring, generous heart and yearns to connect with others—enough to welcome a lost packrat to his burrow. I’m certain his childhood included a bit of trauma. Perhaps he was the baby kangaroo rat I found one day near my home, using its big feet to shove itself along the ground outside its den. No bigger than a walnut, it would not survive unless it found its mum. Fortunately, she uncovered the den hole, which is normally plugged during the day. I set the wee creature in the entrance and he disappeared below.

Readers say this was a very educational read. Was that your intention?

My intention was to write a good story that would appeal to both young and old readers. My love for plants and animals of the Southwest drove me to accurately portray the habitats and animal behaviors. Maybe that’s the educator in me.

What did you have the most fun with when writing The Dreaded Cliff?

I delighted in writing the dialogue, especially between Flora and King Cyrus. They’re both a little know-it-all-ish, but Flora grows to love his bluster. I enjoyed pushing him in his ridiculous banter and seeing how Flora would use and abuse different words.

What drew you to this genre?

The genre didn’t really draw me. It was the story itself, which works for middle grade readers.

I have boring and embarrassing writing habits. I get distracted and I over-edit. I berate myself for being an imposter and I’m a perfectionist and writing takes me forever and ever and ever. After I write a piece, I tell myself I’m going to get a life but then I keep going back for more writing torture. Many writers’ lives are like that, I think. Or maybe not. If they aren’t, I don’t want to know about it.

I’m writing a middle grade novel set in the Southwest about a twelve-year old girl who hates the birthmark on her face. She avoids places where people stare, ask questions, or make insensitive comments--which for her is just about everywhere and includes everyone. When she visits a prehistoric site on land owned by an elderly woman she befriends, her birthmark tingles, letting her know she’s making connections with the place and people of the past. She finds and collects a turquoise bead. That’s when things start happening, challenging her to look at her birthmark, relationships, and her life in a different way.

At my author’s website, www.terryfnichols.com, I blog every few weeks about things like the mating habits of the tarantula that lives in a hole near my house and the time I sang “The Star Spangled Banner” to students in India. Important stuff. I love to interact with readers. 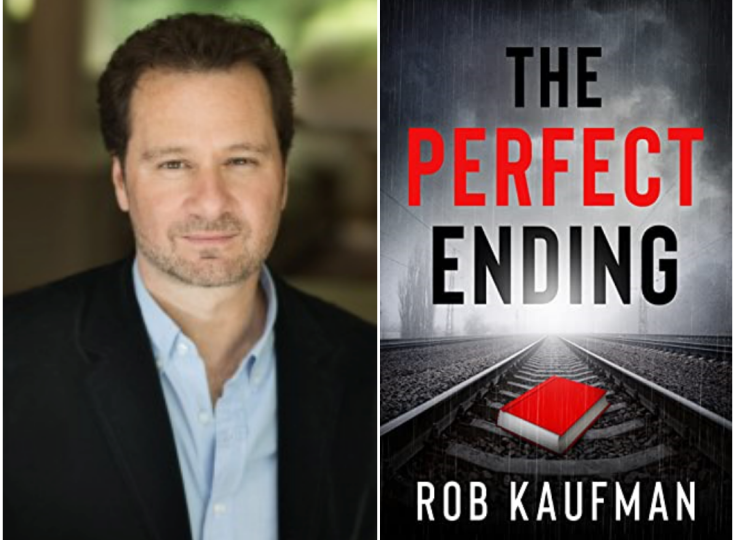 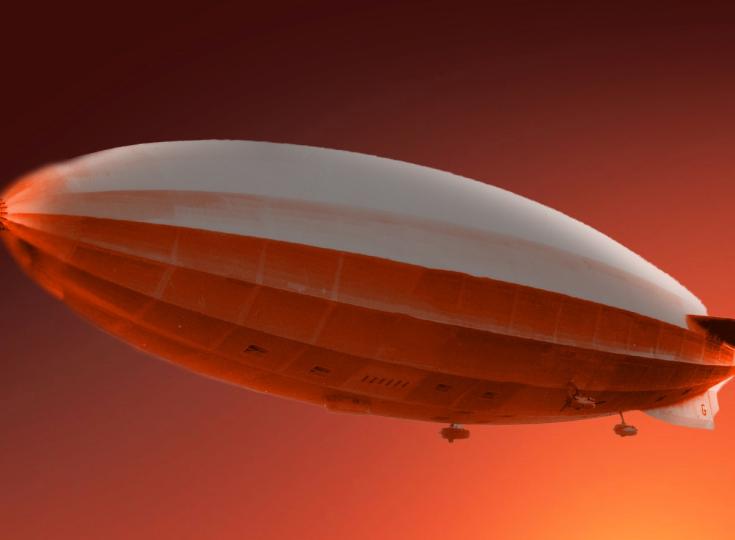 Brittany Ferrell - Living Proof That Miracles Do Happen
Sign up 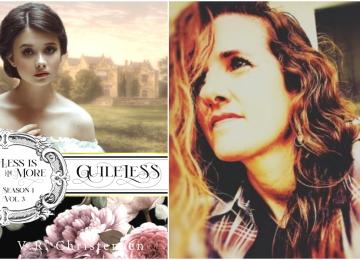