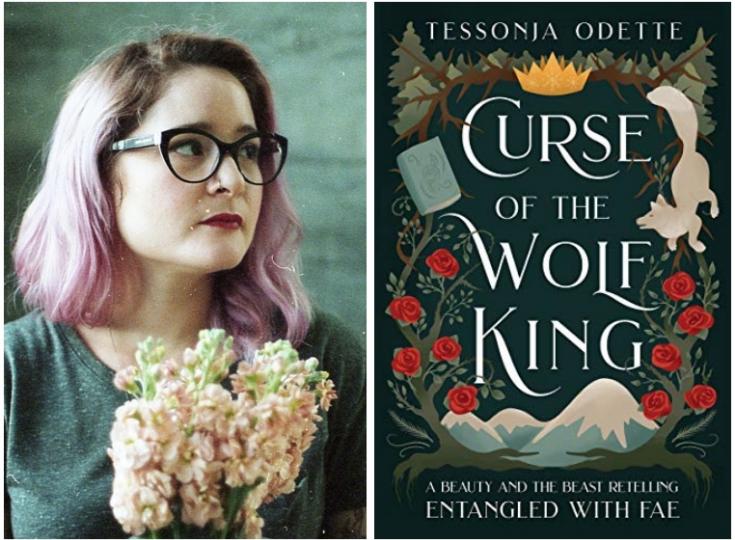 Tessonja Odette is a fantasy author living in Seattle with her family, her pets, and ample amounts of chocolate. When she isn't writing, she's watching cat videos, petting dogs, having dance parties in the kitchen with her daughter, or pursuing her many creative hobbies. As our Author of the Day, she tells us all about her book, Curse of the Wolf King.

Please give us a short introduction to what Curse of the Wolf King is about.

Curse of the Wolf King is a fairytale retelling of Beauty and the Beast. It’s a fantasy romance story set on the isle of Faerwyvae, and is the second series of mine set in this fae world. My version of the classic fairytale involves a fae wolf king who has been cursed to live in a human body and the clever bookworm who helps him conspire to break the curse.

What inspired you to do a Beauty and the Beast retelling?

Tell us more about Gemma Bellefleur. What makes her tick?

Gemma is a clever bookworm who is fiercely independent. She tends to keep others at arm’s length using her wit, and most people think of her as haughty. But she’s hiding a painful past. All she really wants is a job (something not entirely common for a young woman in my Victorian-inspired setting) so she can be in charge of her own life and make her own fortune without having to rely on marriage. She also loves being cozy at home reading romance novels, something I can personally relate to.

I’m also an artist and musician. I’ve left a lot of my music life behind me, but I used to write songs and sing in bands. I love playing the ukulele still, but I don’t do it often anymore. I do, however, continue to do art. I’ve started merging my art and writing by doing some of my own character art and book covers, which has been very rewarding.

In which way is this different from your regular, run-of-the-mill fairytale?

Good question. With this one, I wanted to explore character depth a little more than I tend to get from the classic fairytales. I especially wanted to humanize my “Gaston” character with Gavin Aston, and explore other ways he can be insufferable and show that he’s a bad match for the “Belle” character without making him a murderous villain. Even though he’s a small side character in my book, he was really fun to change from the Disney version. I also wanted to look deeper into my “Belle.” With Gemma, I wanted to draw out more of WHY she despises her “poor provincial town”. I just love digging into things like that and exploring different ways something can be expressed through different characters.

I illustrated the cover myself and I honestly had no intention of using it when I first created it. Then I thought, why not? I’ll illustrate my own cover just for fun. It was the first time I attempted to illustrate a cover, and I wasn’t sure how it would turn out. At most, I wanted to make a special hardcover edition that I figured only I would like. Then, when I revealed my finished cover, my readers loved it. People started getting really excited about it on Bookstagram. I was actually so surprised. After that, I decided to be brave and use my own cover and am now illustrating the covers for this entire series. It’s been so much fun to merge art with writing. I love it.

This book forms part of your Entangled with Fae series. Can it be read as a standalone? How do the other books in the series tie in with this one?

All books in the Entangled with Fae series can be read as standalones. Each will feature a different couple and will be a complete story with a happily ever after at the end of each one. However, there are crossover characters. For example, my “Cinderella” character who will be in Heart of the Raven Prince is a side character in Curse of the Wolf King. Readers don’t have to read in order though, and can start anywhere in the series that they like. This series is also connected to my previous fae series, The Fair Isle Trilogy, and takes place twenty years after it. It is not necessary to read that series beforehand, although I do have crossover characters make cameos.

Yes, this definitely happens! I’ve had to shift my plots around to encourage my characters to do what they’re supposed to do. Other times, they’ve just done their own thing entirely, and I just have to shrug and roll with it.

What appeals to you about slow-burn romance?

I am obsessed with the tension that slow burn romance builds! Especially in certain time periods. Slow burn romance in an era where public affection is taboo is SO juicy. I love how the brush of someone’s hand or an overlong stare can feel more sizzling than a full on kiss in these situations. And the payoff is the best with slow burn. I love that moment when the couple finally becomes close enough to express their emotions. Nothing gets me as fired up as that moment when you’re reading a romance and then you’re like FINALLY! They kissed!

Why did you pick the Victorian era as the backdrop for your story?

I’m obsessed with everything between the Regency and Edwardian eras. The dances, the dresses, the manners, the banter. What I love about the Victorian era, though, is the addition of turn-of-the-century technology and more freedoms for women. It just seems like it was such an exciting time and I love exploring that. Even though my setting isn’t strictly historical, I do love writing in a Victorian-inspired fantasy era. I don’t know if I’ll ever love writing in another era more.

What is your personal favorite book written by you?

That’s a hard question! I might have to say Curse of the Wolf King. This is the book I felt the most immersed in. I feel like Gemma is a kindred spirit, and I understood her on such a personal level. Then the king, Elliot Rochester, has been my favorite love interest to write about. It might have to do with how much of my husband I put into him, with that stubborn, stoic nature. Even my husband can tell I based a lot of Elliot on him. So those characters have just become so dear to me. 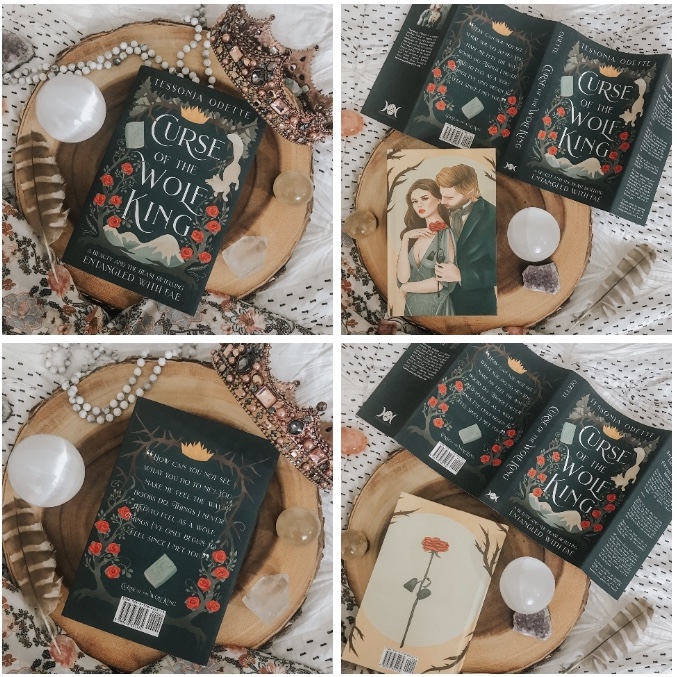 I prefer to write first thing in the morning. I really struggle to write once distractions begin. I’m a morning person, so I have no problem just waking up and writing. An average writing day starts like that, with me getting up around six to feed the pets, eat a protein bar (one with chocolate chips, of course) and make my morning tea (usually matcha.) Then I’ll go straight to my writing document, take some breaks to make more tea, and write until noonish. Sometimes I’ll write a little later, but it’s normally family time after that, or a good time for me to switch to admin tasks. I never follow a daily schedule and instead focus on my energy levels to keep my mental health strong and avoid burnout.

I’m working on the final touches for the next book in the Entangled with Fae series, Heart of the Raven Prince. This one features Ember from Curse of the Wolf King as my “Cinderella.” It’s been both fun and challenging to write!

All my ebooks can be found on Amazon, and my paperbacks/hardcovers are available on most online book retailers. I also have a website at http://tessonjaodette.com where I have lots of fun stuff, including details about my book worlds, character art, and even a Q&A page. You can also find me on Instagram @tessonja.