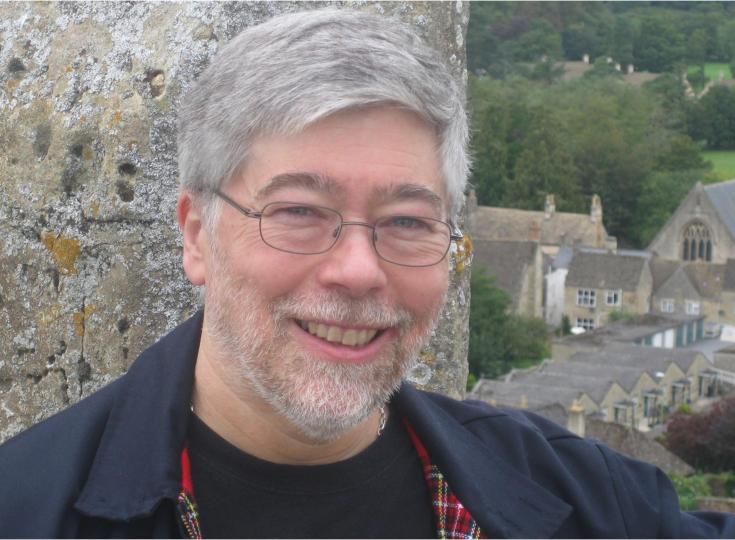 Wilkie Martin has figured out the winning recipe to writing hilarious books that keep you mystified till the very end. He simply takes a small, seemingly normal English town, adds an unhuman character or two and a dash of fantasy to create the perfect amount of chaos. As our author of the day, Martin reveals how a TV presenter made up as a Neanderthal inspired his books, what Hobbes has in common with Sherlock Holmes and why all the adventures take place in a Cotswold town.

Inspector Hobbes and the Gold Diggers is the 3rd in my trilogy of novels about the unhuman Inspector Hobbes as told by Andy Caplet, its hapless narrator. It starts with Hobbes, who is escaping unwanted press attention after foiling an armed robbery, taking a long-overdue camping holiday with Andy and Dregs, the delinquent dog. While in the bleak and dangerous Blacker Mountains, Andy stumbles across something shocking and later falls for an attractive widow, while Hobbes investigates why a long-abandoned gold mine has reopened. When they return home they are confronted by crime and shocking reminders of Hobbes’s past. Although the 3rd in the series, this, and the other books in the series, can be read standalone or in any order.

What inspired you to write comedy mysteries?

I didn’t set out to write comedy mysteries as such, but I started playing around with the idea of Inspector Hobbes in some short stories, and it struck me that the character might do well in a novel. Unfortunately, because of his ‘unhumanity’, I found I couldn’t really get inside his head and it was then that it occurred to me that Conan Doyle had a similar problem with Sherlock Holmes and solved it by having a narrator. That’s where Andy came in, and added much of the comedy element.

Tell us a bit more about your main character, Inspector Hobbes. How was he "born" in your mind? And what makes him so special?

Inspector Hobbes was inspired by seeing a television programme about early man, in which the presenter had himself made up as a Neanderthal and, wearing normal clothes, walked round a busy area of London, with hardly anyone taking a second glance. That led me to speculate about what would happen if there really were people in our society who were not of our species, and who possessed very different behaviour and yet were just similar enough to pass without too much comment. A late night visit to a local store, where a very large and extremely strange family was shopping, reinforced the idea.

Why did you name your series "Unhuman"?

Unhuman came from a remark made by one of Hobbes’s colleagues in Book 1 (Inspector Hobbes and the Blood) when trying to find a word to describe Hobbes’s strangeness. He thought ‘inhuman’ was not quite appropriate since it implies cruelty, which is not quite applicable to Hobbes, though he is not quite as human as you or me.

Why did you pick Cotswold as a backdrop for your book? What is it about a close-knit, small-town community that fascinates you?

I chose the English Cotswolds, an area of rolling hills, grassland and small rivers, dotted with ancient towns and villages of local yellowish limestone, since I live in the area and the novels required a strong basis in reality to offset the fantasy elements. Sorenchester, the town where Hobbes lives, is based loosely on my home town of Cirencester and incorporates many of its features, albeit in a mutated form. I enjoy starting with a small, seemingly normal community and then adding extraordinary elements to it and seeing what happens. For instance, the well–respected bank manager turns out to be a vampire, though one who prefers a nice bowl of soup to blood. The fun can arise from subverting expectations. 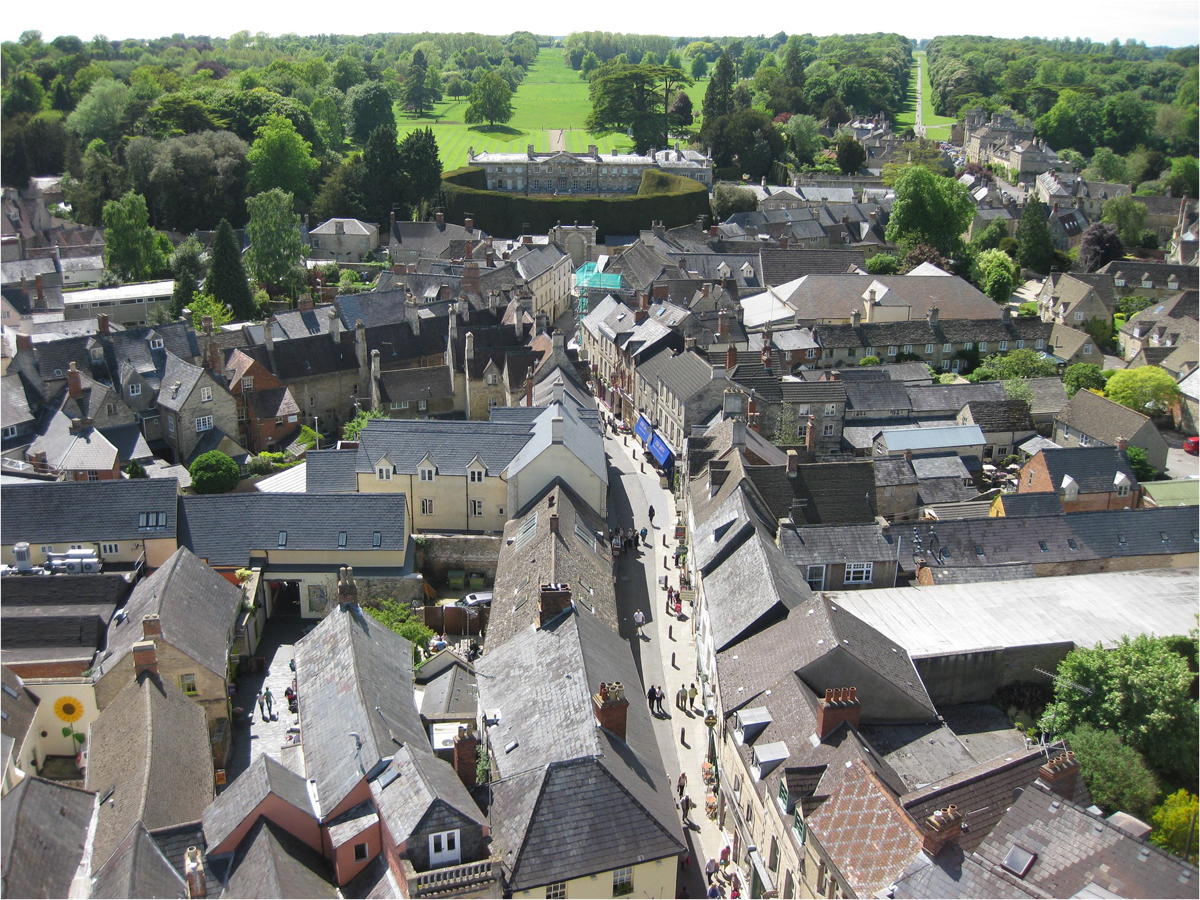 If you could have Hobbes and Andy over for dinner, what would you cook for them?

I’d cook them a robust curry with rice, since I pride myself on my ability to cook them, and both Hobbes and Andy enjoy them. Andy claims to be addicted to curry, and needs a regular fix. If I could get hold of goat meat, I would attempt a Jamaican Curry Goat, which contains bones for Hobbes to crunch up with his great yellow teeth.

How hard is it to write mystery and keep the readers from guessing the outcome ahead of time?

It can be difficult since it is important to incorporate sufficient clues that point to the outcome without making it too obvious too soon. However, the way I write, I am not certain what will happen until close to the end, so I can keep myself guessing. Andy is not the brightest individual so readers often get to the answer before he does, which adds to the fun.

In which ways have your life changed since you published your first novel?

I’m not sure much has changed, except that knowing some people enjoy my work is encouraging.

Probably the Hitchhiker’s Guide to the Galaxy by Douglas Adams since it has a hapless human totally out of his depth in a universe that is quite unlike anything he’d imagined, which is rather like Andy after he falls into Hobbes’s world.

Were any of the unhuman characters inspired by real humans?

Inspector Hobbes was inspired by Alan Titchmarsh, a British television presenter in disguise, who gave me the initial idea. Andy Caplet came from anglicising André Caplet, a French composer and friend of Claude Debussy. I was just working out how to use a narrator when I chanced on a photograph of the two of them, in which Debussy looked solid and larger than life, while Caplet looked timid and out of his depth. Len ‘Featherlight’ Binks, the gross and horrible pub landlord, was based on a real pub landlord, though appallingly distorted.

When things are going well, it is great fun. I really enjoy trying the new stories out on my long-suffering partner and on my writing group. Sometimes, however, when the words don’t flow, writing is hard and frustrating.

Tricky, but I rather like the following. ‘Rage swept through me, the world changed colour, and I saw Denny, red as a devil in hell.’ It’s the moment when the worm turns, and Andy, who is normally fearful of physical confrontation, prepares to battle the massively powerful thug who is threatening the woman he’s just fallen in love with.

What are you working on now? Will we be seeing more of Inspector Hobbes soon?

I am putting the finishing touches to Inspector Hobbes and the Bones, the fourth in the ‘trilogy’. I’m hoping it will come out this year. 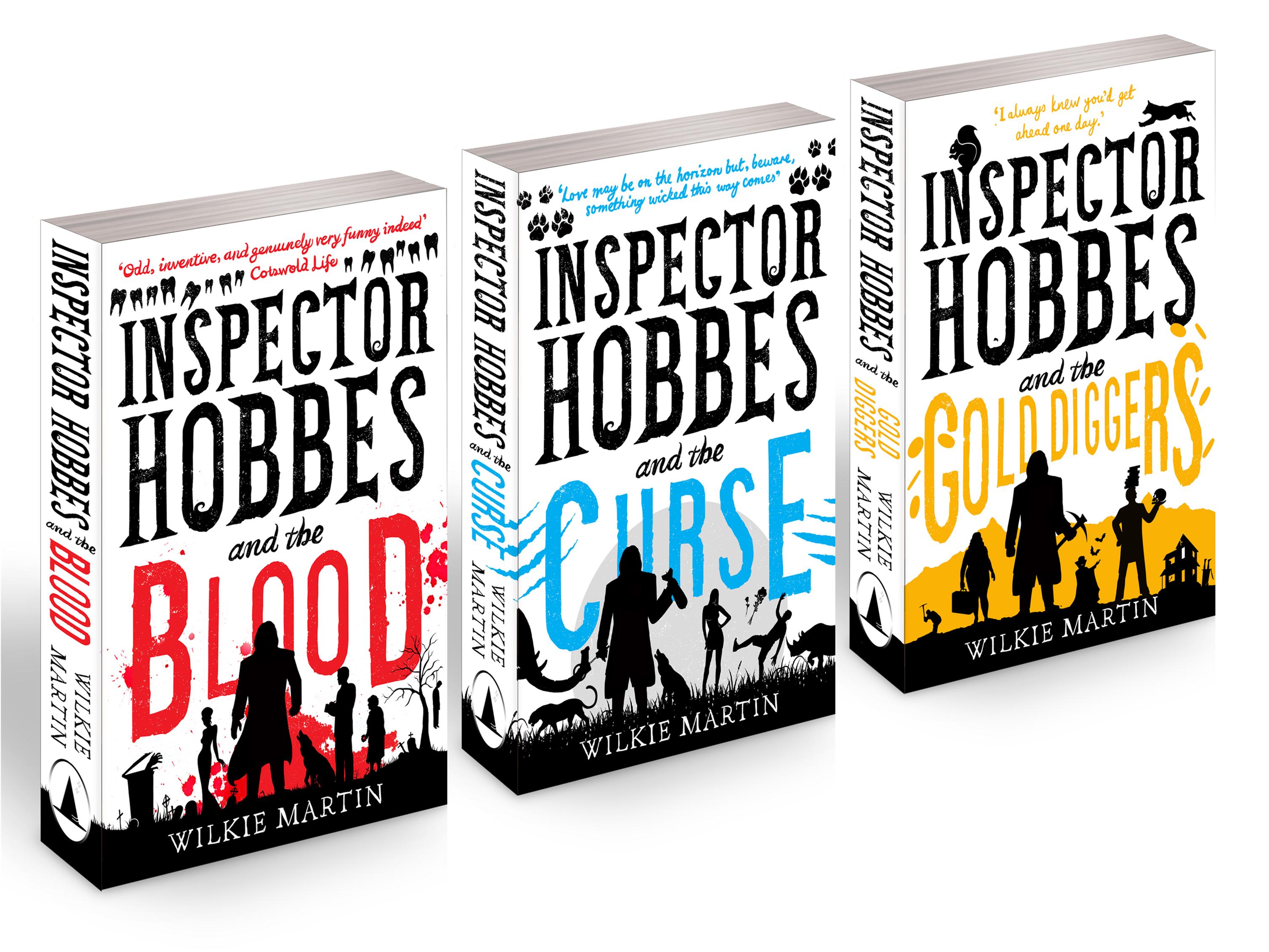 My books are available from Amazon Kobo, Apple ibooks, GooglePlay and others. I have recorded some readings from them, and from some of my silly poems, and these are on YouTube https://www.youtube.com/c/wilkiemartin , or on my website www.wilkiemartin.com.

Or signup for my newsletter http://wilkiemartin.com/newsletter.html to hear when Inspector Hobbes and the Bones is available.