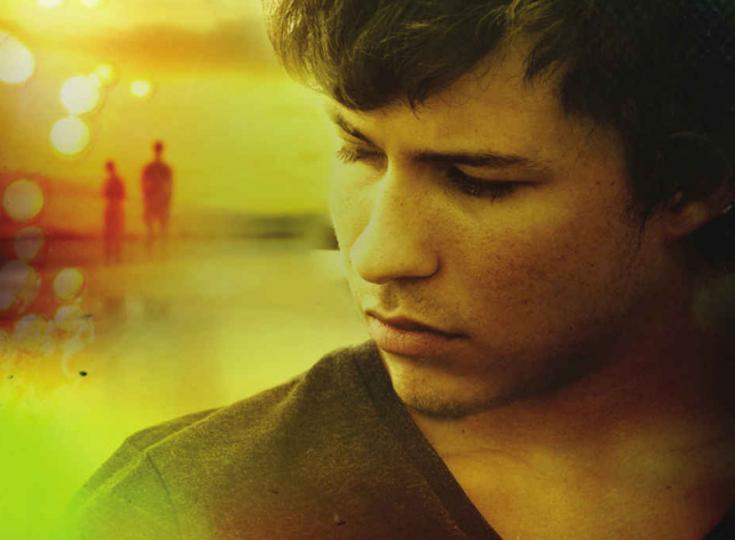 After serving with the U.S. Marines, William G. Davis has been involved in sales, human resources, advertising and worked in the gaming industry. Right now, he enjoys writing exciting thrillers about heavy topics. The book we are interviewing him on today, The Shooting, is no exception, with a school shooting as the subject matter. Davis answers our questions about his inspiration behind this book, whether he thinks drugs play a role in many school shootings and how these events may affect a community.

Please give us a short introduction to The Shooting

A high school shooting masks a more insidious plot. With the cops tight-lipped about the incident’s details, anguished families retain Mike Gage to uncover the truth. The P.I. knew one of the dead teens, the daughter of a close associate, motivating him even more to discover what happened and why. When Mike finds that one of the shooters was a victim of childhood abuse, an attempt on his life tells him he’s on the right track. That road leads to a shadily-financed school for boys, behavior-altering drugs, and a mind-warping on-line game that portends nationwide terror.

What inspired you to use a high school shooting as the backdrop for your book?

I was compelled to write THE SHOOTING by the Columbine incident. At the time I had three children in high school. It affected us all deeply and we kept asking each other why it happened. Since Columbine, the plethora of mass shootings has become epidemic. I wanted to explore the effects of such a tragedy on the families of both the victims and the perpetrators. The idea for the novel fermented over the years. Now we’ve also had international terrorism thrown into our areas of concern. They got intertwined in the book. I hope readers find THE SHOOTING thought provoking, compelling and time well-spent. So far, most readers seem to think so.

Tell us a bit about Mike Gage's character and how he was "born" in your mind.

Mike Gage was ‘born’ in the first book of the series, PAGAN MOON. As a cop, he was a bit of a rebel who had an acute sense of right and wrong. Those same traits got him fired.  Recruited by an attorney, he became a private investigator. The case he is assigned has a direct bearing on why he was fired. Asked about PAGAN MOON, I call it James Patterson meets Stephen King. Gage’s character is developed further in BLACK KARMA, the second series novel, where he is again challenged by the same nefarious forces that he confronted in PAGAN MOON.  In THE SHOOTING Gage’s character is fully developed and the thriller can be enjoyed as a ‘standalone.’  After reading THE SHOOTING readers often read the first two books.

Your book also explores how drugs and online games may influence the behaviors of kids.  Do you think this happens in real life?

My research indicates that most kids involved in these incidents have been on mood-altering drugs, eg. Ritalin and drugs in that family. I believe it’s not widely publicized because of the strong influence of the medical/pharmaceutical complex. I am not saying that these drugs cause these tragic episodes, but I believe that very troubled individuals might be ‘pushed over the edge’ by taking them. In THE SHOOTING one of the perpetrators was abusing his dosage by being supplied additional pills by someone manipulating his behavior. As far as video games are concerned, I believe the jury is out. The game in THE SHOOTING was specifically designed to encourage a desired outcome. So I’m not saying that either is ‘evil’, but each could be used under certain circumstances to create this scenario.

How much research did you do in order to make your book this realistic?

I’m not sure how other writers do their research, but for me, it’s an ongoing process. If I don’t know something, I look it up. I spend about two hours a day reading the news and saving articles that might be pertinent to what I’m working on.  I had a physician as one of my beta readers for THE SHOOTING. He put me straight on a few medical issues. I’m a bit paranoid about making things seem as realistic as possible. But in the end, it is fiction, so I’m sure I do take some liberties.

Are any of your characters based on real people?

Absolutely none. How much do you think do school shootings affect the community it took place in?

I’m not sure ‘how’ these events have affected the communities involved. I’ve seen interviews of people who have survived these tragedies.  Whether their scars from the incident are physical or psychological, they exist. And if they are with the victims, they are with the communities. A couple of readers who have had some contact with Columbine, either by living nearby or through relatives, have indicated that to be the case. Have these communities become more anti-gun? I don’t know. My guess is that they have become more wary, but also, more compassionate.

Did you plot out The Shooting before you started writing? How long did it take you to finish the book?

I work from a very loose ‘outline’, if you want to call it that. I have a beginning and I have an end. The plot is the road between the two.  It’s a journey of discovery for me and part of the fun. I have various places I want to visit on that journey, and sometimes those places take me to destinations I hadn’t considered. I’m a slow writer. My goal is a page a day. I’m constantly editing and rewriting. I’ve always liked longish books (400+ pages), so that’s what I write. (I don’t feel readers are getting their money’s worth unless the book has at least 400 pages.) I was working fulltime while writing the first three books. It took me about two years to write each. Now that I’m retired maybe I can write the next one more quickly.

You managed to create a fast-page thriller that keeps readers hooked throughout.  What is your secret?

Though I consider myself a ‘slow’ writer, I’m also an impatient one. I want things to move. My goal is to keep the reader reading. We are inn an age of the short attention span. My primary mentor couldn’t emphasize enough the importance of a book’s beginning, to ‘hook’ readers and keep them reading. I like to end chapters at a point where the reader asks, “What happens next?” If I do have a ‘secret’, it’s writing to keep me interested.

I’m an ex-jock who played college football. After the Marines and an early career in sales and advertising, I spent the last 20 years in the casino industry. I can deal roulette, blackjack and other card games. Now retired, I’m specializing in retirement, grandpa skills and writing.

How has your military background influenced your writing?

Like myself, Mike Gage is a former Marine (actually, he’s still in the reserves). To me, that gives him a certain mindset. Having that background helps me with knowledge of weapons, equipment and tactics. That might be evident in the climatic scenes in THE SHOOTING.

I try to dedicate at least 2 hours a day to my writing. That’s usually in the early afternoon. I have an ‘all-in-one’ computer with a huge screen (but I still have to use my reading glasses!).

What are you working on now? Will we see more of Mike Gage soon?

The fourth Mike Gage Thriller begins with the kidnapping of a presidential candidate’s wife by Islamic terrorists. A political crisis arises from the terrorists’ ransom demands. Mike was on the victim’s security detail. As the only bodyguard who survives the abduction, he’s determined to tract down those responsible. I’m not even close to finishing the first draft, so it might be available in a year or so.

For personal interaction and info on my books, please use my webpage:

or e-mail me at: [email protected]