Willow Rose - The Queen of Scream

Willow Rose - The Queen of Scream
Posted on 30th of March, 2017 by Naomi Bolton 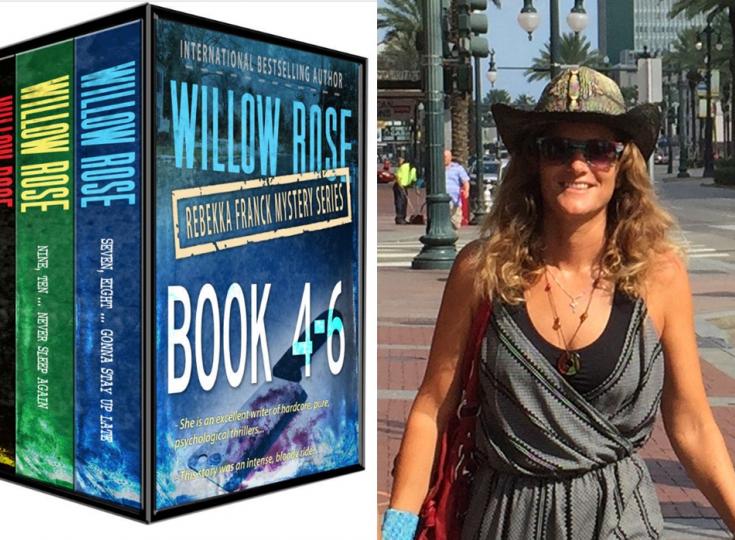 In the literary world, Willow Rose is known as the Queen of Scream. People keep asking her husband how he sleeps at night. As a teenager, Rose has always loved the Freddy Krueger movies and her latest series,The Rebekka Franck Mysteries, all contain tributes to classic horror movies. As our author of the day, Rose chats about the series, how her stories help to keep nightmares at bay and gives us a sneak peek into what she is working on now.

The Rebekka Franck mystery-series is a series revolving around the Danish journalist  Rebekka Franck and her daughter. When we get to know her in the first book, she has just left her husband because of his PTSD and moved back to her hometown to live with her dad and start a job at a local paper, thinking this new life will provide more stability and safety for her daughter. Of course she is wrong.

You are a bestselling author across different genres. What is your secret to creating stories that readers can’t get enough of?

I try to write stories I would like to read myself. I make sure my characters are likable. I think that is essential in order to get people to get invested in them and what happens to them. There are too many books out there with unlikable characters. I can’t stand reading about a character like that myself. I try to make mine human. To make the reader recognize themselves in them and root for them even when they make mistakes. Story wise I think I always keep the reader hungry for more. Always have questions they need answered. And there is the element of surprise. People love to be surprised. I am terrible myself. I always guess the plot early in a book or movie and therefore I try to be unpredictable myself. Sometimes I even don’t know how it will all end myself or even who did it. I will know why and have like two or three main suspects, but it won’t be until the end that I decide who it really is. I figure that if I didn’t know while writing it, then the reader sure doesn’t know either when reading it. 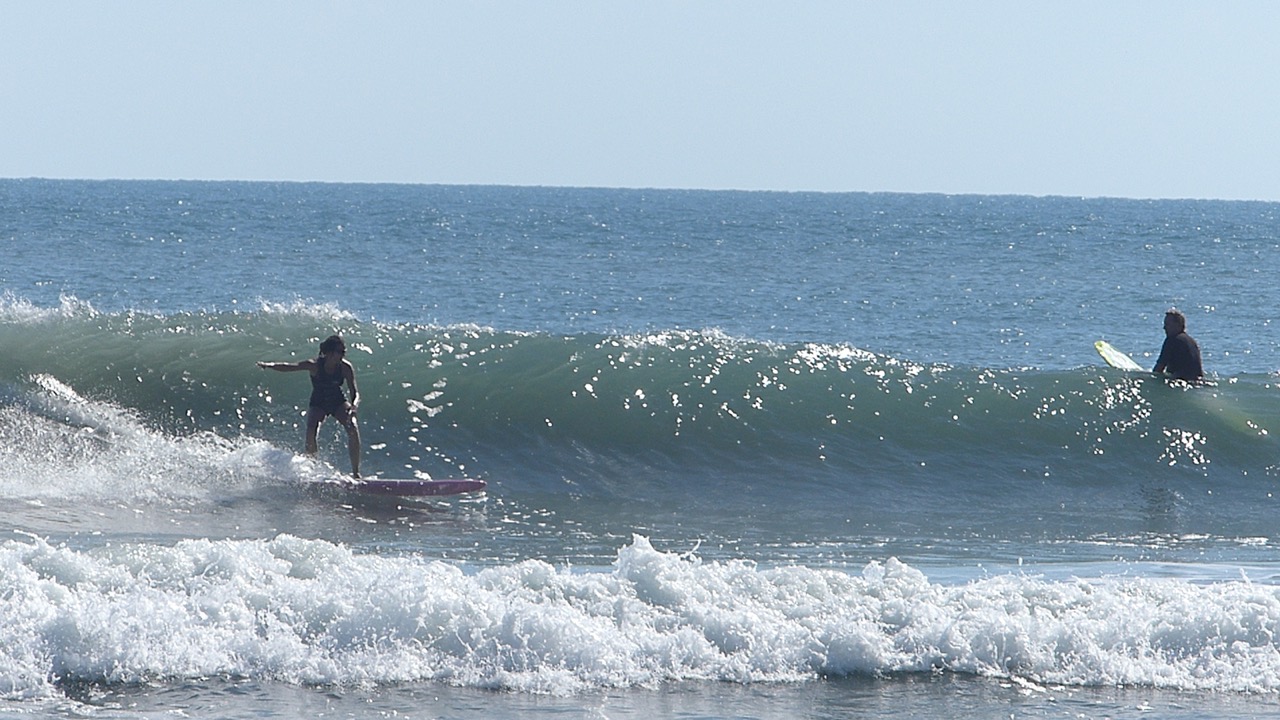 The titles of the books in the Rebekka Franck Mysteries are all part of a counting rhyme. Why did you take this approach?

I loved the Freddy Krueger movies as a young teenager. I always wanted to do something with the song and the title for the first book came first. It wasn’t until I started writing the sequel I realized I might as well use the entire song. All the books in this series are a tribute to classic horror movies. The first is of course Nightmare on Elmstreet, the next Psycho, then the Exorcist, then Silence of the lambs, then The Shinning, and so on. You’ll find little hints in all of them as tributes to the old movies. Some of them have more than one movie-reference. Like a treat for those horror-nerds like me out there

Who is Rebekka Frank and why did you pick her as the main character for your book?

Rebekka Franck is a journalist who has left her awesome job as star-reporter for a big national newspaper and taken a job at a small local paper in order to protect her daughter from her father. It’s not quite the life she is used to, but she knows she has to do it for her daughter’s sake. She is very caring and engaged and doesn’t take no for an answer. I used to be a journalist in Denmark before I moved to the US. So I thought I might as well write about something I knew.

In Nine Ten, Never sleep again, Rebekka Franck is pulled away from a vacation to go and investigate a case – why did you take this approach?

Sometimes you need to get them out of their normal environment to make the story better. I don’t want to write the same story over and over again. Plus I wanted a scenery that was similar to The Shining to make Peter go more and more mad.

Eleven, twelve – Dig and delve is a story in which a giant sinkhole plays a prominent part. What inspired you to write about a neighbourhood sinking into the ground?

I live in Florida now and often hear about sinkholes. It is by far the scariest I can imagine. Not long before I wrote the book, there was this guy who was sleeping in his brother’s house when the entire bedroom suddenly sank into one. His brother heard him scream and ran in only to find him sliding into the ground. He reached out his hand to grab him, but couldn’t hold on to him and the brother disappeared into the hole and he never saw him again. To me that was absolutely terrifying. And when I come across something I feel is terrifying, I know I have to write about it, so I did. Instead of just one person, I made an entire neighborhood sink into a sinkhole and some of them survive because of the mines beneath. But they can’t get out and suddenly a body is found, someone who hasn't died from hunger or thirst, but was killed and they know they have a killer in their midst, in a place where they can’t get out, only hide in mines. Lots of secrets in the small neighborhood surfaces and it’s just a huge mess. I loved writing that book.

You are also known as the Queen of Scream in the literary world. Why?

I don’t know how it happened. They just started calling me that. I liked it so I adapted it and started calling myself it. I think it is fitting, since I make people scream, I guess. Some of the parents at the school are seriously scared of me. They tell me after reading my books. They all ask my husband how he dares to sleep at night.

Can the books in this series all be read as standalone?

I don’t think I would recommend it. There’s the story of Rebekka’s life that goes through the entire series and that might be confusing if you read them out of order.

Your work takes you to some very dark places. Do you ever get nightmares while writing your books?

Actually no. I used to have a lot of nightmares before I started writing. I think it was my imagination working overtime, wanting these stories out. Now that I get them out, I sleep like a baby. My husband is another story. I think he keeps one eye open.

What does an average writing day look like for you?

I get up at 6:30 then send the kids off to school and walk the dog. Then around 8 or so I am by the computer and start to write. I stop when the kids come home by bus at 3 pm. I try to keep as “normal" a life as possible. 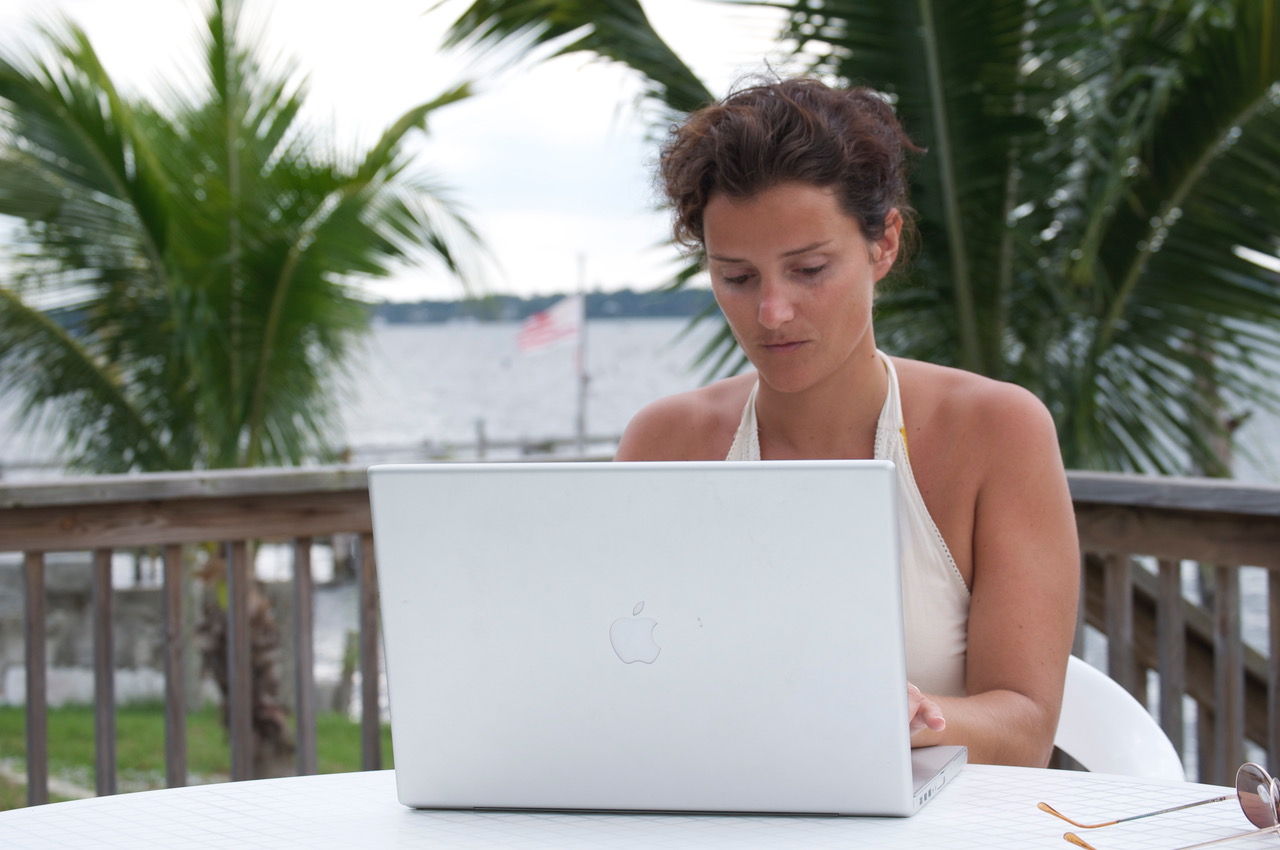 Right now I am writing a trilogy. The first book, Umbrella Man, is already out and I am writing the sequel. It’s the story of dreams and the thought that what if dreams weren’t just dreams. What if they were a gateway to another reality or worlds and some people were able to travel between these worlds? It’s been very interesting so far. The new book is called Blackbird Fly. It’ll be out in May.

Facebook is probably the best place. I check that several times a day.