WJ Lundy - Soldiers vs Zombies in a Post-Apocalyptic World

WJ Lundy - Soldiers vs Zombies in a Post-Apocalyptic World
Posted on 18th of August, 2016 by Naomi Bolton 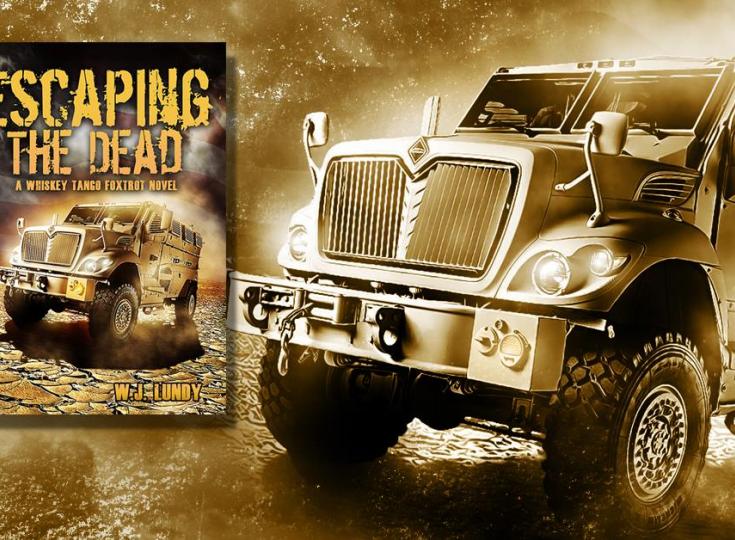 As a still-serving military veteran, WJ Lundy has over 15 years of combined service with the Army and Navy in Europe, the Balkans and Southwest Asia. He is also the author of the very successful WTF series, in which Lundy applies his military experience to paint action-packed, realistic scenes in a post-apocalyptic world where zombies roam the lands. Today, Lundy chats with us about his Escape omnibus, how he wrote his first novel in a notebook in Afghanistan and why his zombies are scarier than most.

Please give us a short introduction to the Escape omnibus.

Escape is the first three books in my Whiskey Tango Foxtrot Series. It follows a group of soldiers led by Staff Sergeant Brad Thompson. A group that was left behind in Afghanistan in the face of a zombie apocalypse, or possibly the closest thing to it.  The stories span the globe from the deserts of Afghanistan, to oil platforms, small islands, frozen forests and back to the United States.  It is billed as a “Zombie War Story.” But in reality it is a story of people working together to survive.

How have your years in Afghanistan influenced your Whiskey Tango Foxtrot books?

There is no way to really describe or explain the family you make while on deployments. It is that camaraderie and brotherhood that I like to express in my stories.  The relationships that are built and the way soldiers depend on each other.

Your military scenes have a very authentic feel to it.  What is your secret to making the reader experience the action?

Not to give away the recipe but I feel it is important to leave enough in the box so that the reader can paint some of the scene himself while the story moves. Especially backgrounds or maybe the way a character looks. I like to build the frame and set the scene but let the reader fill in all those gaps and preferences. Details tend to slow a story down, and slowing down bores me. We all know what a ceiling should look like and how a doorknob works, I don’t think I need to break down all of those mechanics.

Why is your first book in the series also the shortest?

The first book was originally a short story written freehand in a spiral notebook, I carried on my last deployment to Afghanistan. I would jot down quick bits of action, or a dark scene I had imagined through the day. I never intended to do anything with it, and never imagined it would become the beachhead for a 6 book series that is now on audio and in 6 languages.

You put your characters in very difficult situations, such as being stranded far from home during a major catastrophe.  Have you lived any of these situations yourself?  Where you had no idea whether you would come out of it alive?

I have been in faraway places plenty of times and I think isolation can create some amounts of fear.  But with that, I have never been to a point that I felt I wouldn’t get back home. Some of those situations I do build on when creating suspense, adding some realism to my storytelling.

Why did you call the series Whiskey Tango Foxtrot?

The title comes from the point in time when you realize something is really wrong and WTF flashes in your mind. As this is a military tale, it fits. 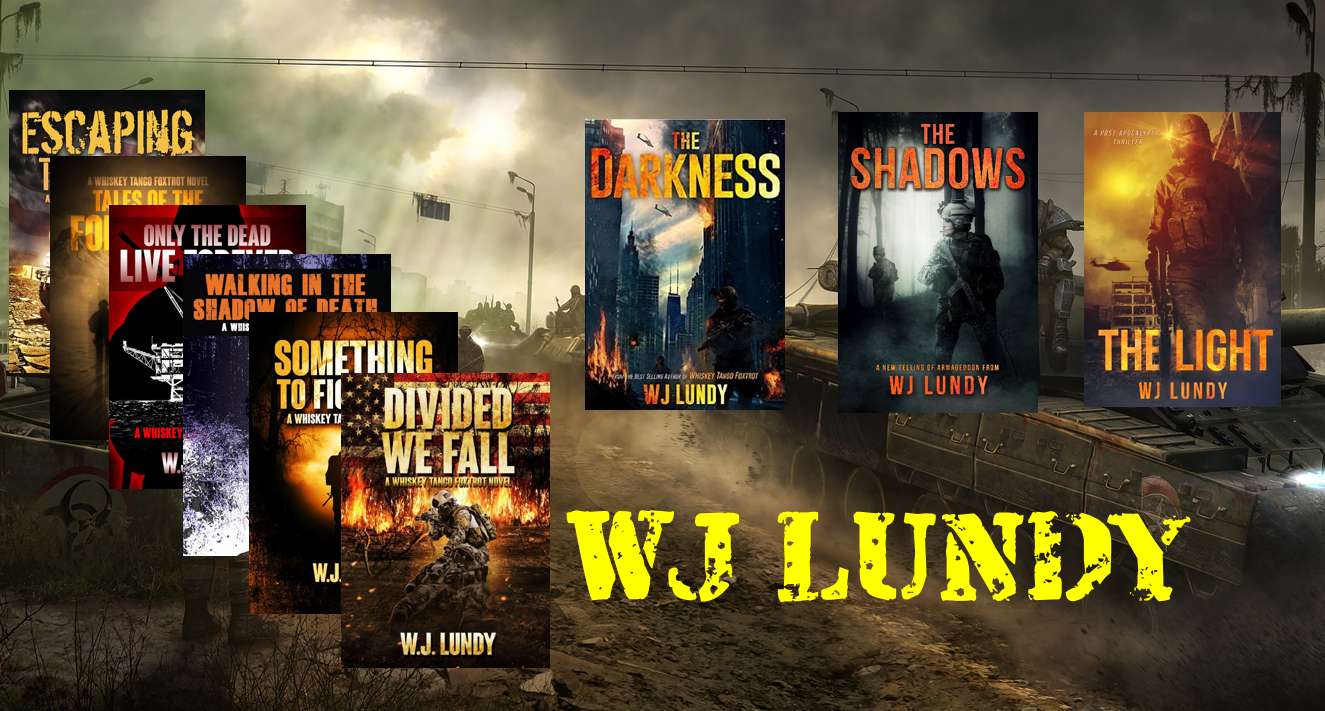 Your zombies are not your run-of-the-mill type zombie one often sees on TV. How did you make yours so much scarier?

I am a fan of The Walking Dead, but I really don’t see the challenges with a slow stumbling zombie.  But movies like 28 Days Later - yeah that's scary. Mix in some of the vampire-zombie hybrid monsters from I Am Legend and you have a nightmare scenario. That is the fear and the challenge I was going for: something so extreme and chaotic that it could take down the planet in weeks.

Readers report that your books are excellent, but have gotten even better through the series. How do you feel have you grown as an author since you published your first WTF book?

Once the first book began to take off and identify with readers, I started looking for help - I wanted the series to be as perfect as I could get it. I tracked down editors and other writers and looked for anyone willing to share their experiences. I study the craft of storytelling while still trying to keep my own unique style. The biggest asset I have had is time, instead of writing freehand in a notebook on the back end of a 12 hour shift, I am able to sit down and paint scenes, brainstorm story lines and twist plots together, all in the nice dark confines of a tidy writing desk. Now, instead of a hobby, writing has become a passion. 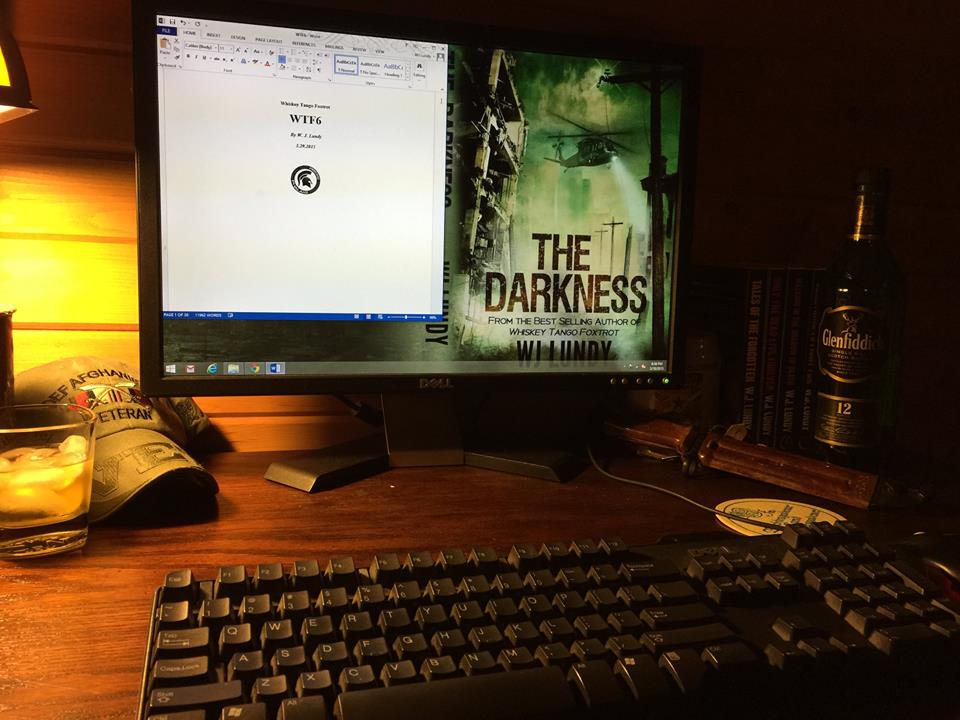 Zombies are a different kind of enemy than the humans one encounters as a soldier.  How much did you have to adjust the military tactics of your characters to work for zombies?

That’s an interesting question and I think one that I use in my series. Because of the way we fight, it explains some of the reasons the “Primal” virus in my series is so effective.  Early on, units become victims of their tactics. There would be hesitation and delays before firing on unarmed crowds. And you can’t go offensive against an enemy that is so unpredictable. You can’t smoke them out, and you can’t just run away because they won’t get tired. They have no fear, so they will attack you in human waves and only stop when all of them are dead. Tactics evolve with my storytelling and the characters in my stories slowly become experts at evasion.

In a Zombie apocalypse, who do you think would our biggest enemy be - zombies or other humans?

Hopefully zombies, but as resources dwindle, I am sure lines would be drawn and new problems would arise. It is all a part of the evolution of the story.

In Zombie books it is inevitable to have some of your characters die.  Did you find it hard to let some of them go?

I do, and I have re-written more than one chapter to resurrect a character. Or even created a character with the intent of him not lasting more than a few pages, then they become key players. I hate knocking a guy off, just to wish he was still there later on, or even getting a fan email asking me why I cut their favorite soldier. 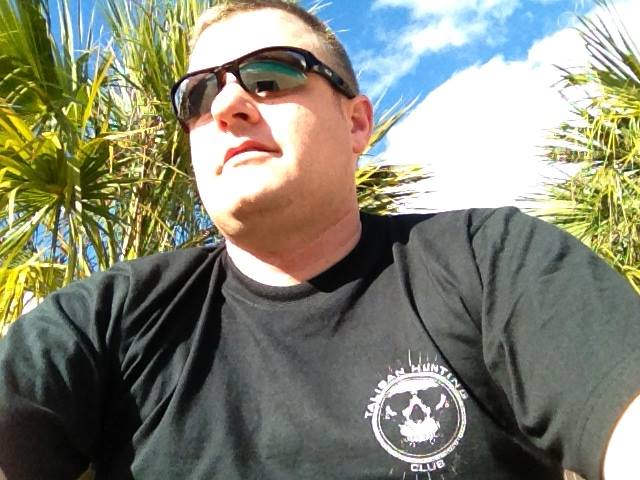 Currently I am working on a couple of short stories that I really cannot talk about yet. Then I will step back into Whiskey Tango Foxtrot to bring Brad Thompson back to the page.

I am all over.  www.wjlundy.com