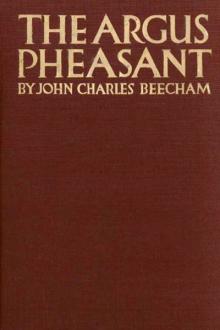 In Bulungan, a section of Borneo, there is constant trouble because of disturbances on the part of the natives and the men sent by the Dutch government as overseers usually meet death. Peter Gross, an American, thinks he understands the situation and accepts the position of resident. Koyala, called Argus Pheasant, daughter of a French trader and a native woman, because of her birth fiercely hates the white people, and it is she who is largely responsible for the condition of affairs in Bulungan. Peter Gross meets many perilous situations, falls into the hands of the Chinaman, Ah Sing, who plays an important part in the story, and also encounters the treachery of Koyala. In the end he wins her over and the outlook for the future is promising.

are some busy days ahead for my Dyaks." He smacked his lips in happy anticipation.

Ah Sing's grog-shop, with its colonnades and porticoes and fussy gables and fantastic cornices terminating in pigtail curlicues, was a squalid place for all the ornamentation cluttered on it. Peter Gross observed its rubbishy surroundings with ill-concealed disgust.

"'Twould be a better Batavia if some one set fire to the place," he muttered to himself. "Yet the law would call it arson."

Looking up, he saw Ah Sing seated in one of the porticoes, and quickly masked his face to a smile of cordial greeting, but not before the Chinaman had detected his ill humor.

There was a touch of three continents in Ah Sing's appearance. He sat beside a table, in the American fashion; he smoked a long-stemmed hookah, after the Turkish fashion, and he wore his clothes after the Chinese fashion. The bland innocence of his pudgy face and the seraphic mildness of his unblinking almond eyes that peeped through slits no w 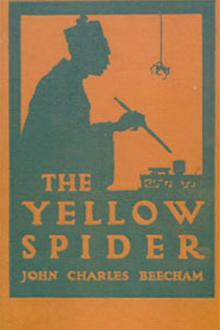 rws
5
Romantic adventure in Borneo, where the Dutch occupiers have a problem. Fortunately, due to the serious meddling of an outsider, a retreat can be avoided this time. Well written (pseudo)historical fiction about a relatively unknown part of the colonialist era.
08/28/2011