Danger Signals
Remarkable, Exciting and Unique Examples of the Bravery, Daring and Stoicism in the Midst of Danger of Train Dispatchers and Railroad Engineers 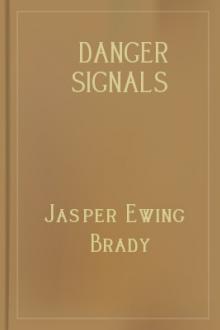 Danger Signals
Remarkable, Exciting and Unique Examples of the Bravery, Daring and Stoicism in the Midst of Danger of Train Dispatchers and Railroad Engineers

was in good spirits all the time. I was cross. Nothing will make a man crosser than a poor steamer.

"We got to Providence in the evening tired; but after supper the Kid said he had an aunt and her family living there, and if I didn't mind, he'd try to find them. I left the door unlocked, and slept on one side of the bed, but the Kid didn't come back; he was at the engine when I got there the next morning.

"The Kid was such a nice little fellow I liked to have him with me, and, somehow or other (I hardly noticed it at the time), he had a good influence on me. In them days I took a drink if I felt like it; but the Kid got me into the habit of taking lemonade, and wouldn't go into drinking places, and I soon quit it. He gave me many examples of controlling my temper, and soon got me into the habit of thinking before I spoke.

"We played horse with that engine for four or five weeks, mostly around town, but I could see it was no go. The patent fuel was no good, and the patent fire-box little b 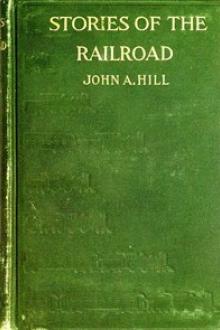 Stories of the Railroad

The telegraph and its uses on the railroad, in war, commercial and private use.


Part I - Tales by others

o A girl dresses as a young man to gain an active life and be near the man she loves.

o A man lets jealousy ruin his Christmas and almost his life.


The Clean Man and the Dirty Angels

o A man known for his honest judgment is shown to be prejudice.

o A girl won't marry just any man. She must have a hero..

o A trainman is a good honest man, but not a hero to some.

o However, a split second can change that.


My Lady of the Eyes

o An engineer is haunted by the eyes in a picture.

o He meets the lady who owns the eyes, the wife of a friend.

o There is a tragic but wonderful tale to tell.


Some Freaks of Fate

o Man adopts a girl of a dance hall owner, but will have nothing to do with her mother.

o He helps the girl through school at a distance.

o A man is accused of robbery.

o He is helping a girl in need.

o A storm is a bad thing for a railroader in the desert.

o The same desert can be more stressful for a woman alone.

o Some women can handle the perils of the desert and much more.

o A railroader takes a break from railroading and takes a trip.

o He has a tall tale to tell.

o He relates his travels on an expedition to the North Pole.

o The stress of a first job as a night operator


An Encounter with Train Robbers

o Going to another job he is involved in a train wreck and uses his telegraphers abilities to help.


A Woman Operator Who Saved a Train

o There were few women telegraphers. This friend of his, became a heroin.

o He seeks a desolate station.

o There is an Indian raid.

o The depot is set on fire.

o He is going back to Texas.

o From a depot fire to a burning city.


Sending a Message Perforce--Recognizing an Old Friend by His Stuff

o You can recognize an operator by his method of sending.

o A Gambler proves to be his best friend.

o A woman operator caused him to loose his job.


How a Smart Operator was Squelched--The Galveston Flood

o Never tap out a message unless you know who is listening.

o He gets a chance to make and send his first order.


Running Trains by Telegraph--How It is Done

o The importance of the dispatcher.

o A trick: A dispatchers 8 hour shift. The first trick is the first shift..

o Even an experienced dispatcher can make a mistake.


A General Strike--A Locomotive Engineer for a Day

o A strike gives him a chance as an engineer.

o A dispatcher can do all that is humanly possible.

o Nature may have something to say before all is done.


A Promotion by Favor and Its Results

o Nepotism at a station causes a tragedy.

o Many men don't make the first cut, but pan out in the end.


An Episode of Sentiment

o Managing a woman operator is a bit of a challenge.

o He resigns his commercial job and goes into the military.

o While there a practical joke almost ends a career.


The Commission Won--In a General Strike


Experiences as a Government Censor of Telegraph

o He becomes a telegraph censor during the Spanish American War.

o The newspapers are a problem.

o The fleet has sailed and censorship is revoked.

o Praise of the telegraph and the operators.