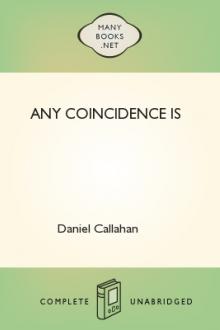 or a moment to clear his mind and focus on the art he had studied for years. With his intentions firmly aligned within (and without), Sigger opened his eyes and found himself no longer in his office but in a basement alcove. Across the room sat a pimply faced teenager who was scratching his scalp under long strawberry-blond hair.

5. Julia & Cecil the Cat, as mentioned in the title (above)

"I've just one step further
from falling behind."
- Brandy Daniels, "You"

"Did you ever have one of those days," inquired Julia of her cat, Cecil, who lay in the crook of her arm and was pushing his head into the fingers of Julia's right hand, "when you think you've noticed something everyone else has missed?"

Cecil didn't respond directly, but instead rubbed the side of his cheeks against the spine of Gravity's Rainbow which Julia held lopsidedly in her left hand.

"Pynchon keeps bleating about the preterit, right?" Cecil, who began licking his paw and washing his face, did not respond. "-and the elect

Goldfish Stew
3
A shame about the ending

This story tries to be too clever. The shame of it is that it is actually quite entertaining until the closing moments when it descends into self-referential farce. There are shades of Robert Rankin throughout the weird tale, but the author doesn't quite achieve the level of engagement required to compensate for the disjointed post-modern psychedelia.

Which left me as a reader feeling somewhat frustrated (and that may have been part of the intent...)

Still, reading this is not an awful way to pass the time, and there are some genuinely entertaining moments.
06/26/2006

john
4
I read this book in one sitting. I like books with quotations at the start of each chapter! It starts off like something from Douglas Coupland but ends up more like Futurama. Mad scientists, crazy physics. It made me laugh at one point, and it's a fun story, but just gets wierder and wierder until it stops hanging together. I stopped caring what happened to the characters in the end. Better than anything I've ever written, though!
07/08/2005

natalie
5
what the hell is this book and who wrote it and for what purpose exactly??? i read it unsuspectingly..and something very bizaare and unexplainable happened..not for the faint of heart because it damn near causeed me a heart attack..
11/22/2004