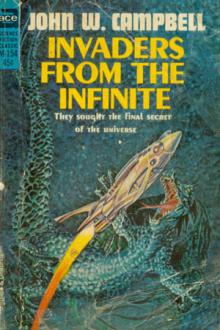 "They sought the final secret of the Universe."

ied a million times till he floated in a ball of blue-white fire. Scarcely visible, the air about him blazed with bluish incandescence of ionization.

"Increase the power," suggested Morey. Fuller turned on more power. The blue halo was shot through with tiny violet sparks, the sharp odor of ozone in the air was stifling; the heat of wasted energy was making the room hotter. The power increased further, and the tiny sparks were waving streamers, that laced across the surface of the blue fire. Little jets of electric flame reached out along the beam of the ray now. Finally, as full power of the molecular ray was reached, the entire halo was buried under a mass of writhing sparks that seemed to leap up into the air above the man's head, wavering up to extinction. The room was unbearably hot, despite the molecular ray coolers absorbing the heat of the air, and blowing cooled air into the room.

Fuller snapped off the ray, and put the pistol on the table beside him. The halo died, and went out a momen 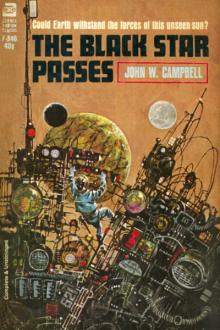 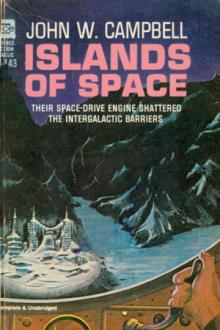 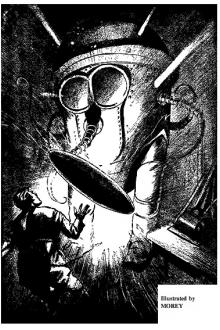 5
4
3
2
1
2.0
Average from 4 Reviews
2
Write Review
Please login or sign up below in order to leave a review
LoginSign up

JoJo Biggins
1
This is the worst bucketful of tripe I've ever set eyes on. It's as if a 1950's teenager sat down one day and said "I'm gonna write me a sci fi story!" The writing is incredibly immature, the science is downright goofy, and it is impossible to get through more than a few pages without throwing up your hands in surrender over the lack of *anything* interesting going on.
09/15/2015

Bret
2
Maybe it was because I didn't read the other books in the series, but I found this book difficult to read, and it seemingly took forever to finish it. There were fun parts, and some cool concepts, but the story went nowhere. Plus, the characters seemed like supermen, with abilities to devise and construct new weapons or tools in just hours.

David Smith
4
I don't know what the other reviewer was looking for, but being very familiar with the SF from this period, I find this series a great example of its type. Sure the characterisation and the plot are shallow, but for galaxy sized ideas and scientific concepts Campbell is your man! These are not quite as good as E E Smith's Lensman stories, but certainly deserve to be resurrected from the literary abyss - they make a really good read; I have thoroughly enjoyed revisiting this classic early period of SF!
08/10/2010

Having read the earlier stories*, and watched their general demise I decided to give this installment the benefit of the doubt and read it.

The result was underwhelming. With the help of a "time field" the heroes now have unlimited potential and their infallible ability to come up with far-fetched solutions and inventions, moving from theoretical mathematics to extraordinary space ship in a matter of hours.

The result is totally unsatisfying. One generally expects that the good guys will prevail, but typically hopes that they will do so without the aid of a perpetual literary get out of jail free card. Under attack from an advanced race of aliens? Simple, switch on the time field allowing yourself a week to invent a newer better space ship to fight back. It is little more than an assault on the intellect of the reader.

I don't know if there's a fourth book in the series. I don't much care either.

* For those of you playing at home, the series begins with The Black Star Passes, continues in The Islands of Space and it would appear concludes with this tale.