Training in public speaking is not a matter of externals--primarily; it is not a matter of imitation--fundamentally; it is not a matter of conformity to standards--at all. Public speaking is public utterance, public issuance, of the man himself; therefore the first thing both in time and in importance is that the man should be and think and feel things that are worthy of being given forth. Unless there be something of value within, no tricks of training can ever make of the talker anything more than a machine--albeit a highly perfected machine--for the delivery of other men's goods. So self-development is fundamental in our plan.

r audience will not hurt you. If Beecher in Liverpool had spoken behind a wire screen he would have invited the audience to throw the over-ripe missiles with which they were loaded; but he was a man, confronted his hostile hearers fearlessly--and won them.

In facing your audience, pause a moment and look them over--a hundred chances to one they want you to succeed, for what man is so foolish as to spend his time, perhaps his money, in the hope that you will waste his investment by talking dully?

Do not make haste to begin--haste shows lack of control.

Do not apologize. It ought not to be necessary; and if it is, it will not help. Go straight ahead.

Take a deep breath, relax, and begin in a quiet conversational tone as though you were speaking to one large friend. You will not find it half so bad as you imagined; really, it is like taking a cold plunge: after you are in, the water is fine. In fact, having spoken a few times you will even anticipate t 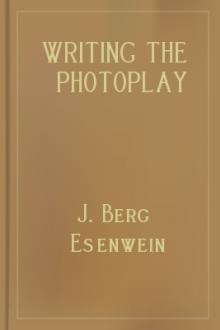 hari
5
Dale carnegie really has some thing to "say", that is the reason his books have become the essential primers in the areas covered.These books may not have revolutionery new ideas, but there are no other better books to cover the basics
04/16/2007