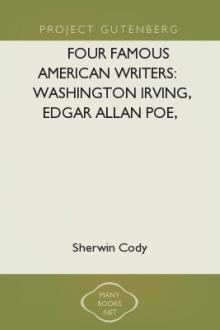 alent for art, and went home to finish his study of law.

Washington Irving returned to New York, quite restored to health; and there he soon became a social hero. Trips to Europe were so uncommon in those days that to have made one was a distinction in itself. Besides, Irving was now a polished young gentleman, very fond of amusement; and having become a lawyer with little to do, he made up his mind to enjoy himself.

He and his brother Peter, with a number of young men about the same age, called themselves "the nine worthies," or the "lads of Kilkenny," and many a gay time they had together,--rather too gay, some people thought. One of their favorite resorts was an old family mansion, which had descended from a deceased uncle to one of the nine lads. It was on the banks of the Passaic river, about a mile from Newark, New Jersey. It was full of antique furniture, and the walls were adorned with old family portraits. The place was in c 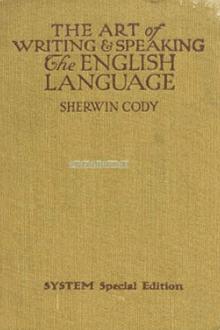 The Art of Writing & Speaking the English Language