In Strange Company
Being the Experiences of a Roving Correspondent 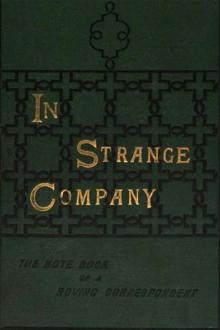 In Strange Company
Being the Experiences of a Roving Correspondent

ined the ready Ginger; "the chap he means goes about playing down the spout of a coffee-pot, just like as though it was a whistle. He very often makes a pitch in them streets that leads out of the Strand."

"And would you like to go about playing tunes on a coffee-pot?" I asked the little cigar-light boy.

"Better'n everything," returned the modest small musician; and, then, finding that I had nothing more to say to him, he joined the blacking-boy, who had by this time repacked his dry goods, and was now dozing by the fire.

"My name is John Galloper," remarked the red-haired boy, before he was asked the question, and folding his hands behind him, after the fashion of good little boys, when repeating a catechism lesson.

"You don't want to hear no lies, mister."

"Then I don't get a living at all; I lets the living get itself."

"But you must either provide for yourself or somebody provides for you; which i 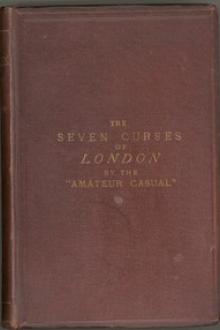 The Seven Curses of London

CO'Neil
5
Greenwood was a "roving correspondent" for the London Daily Telegraph in the 1860s. This is a collection of some of his brief and enlightening articles detailing his explorations among the lower (sometimes pretty durn low!) social strata of the time and the adventures and revelations that ensued.

Well written. I wouldn't be surprised if Shaw had read these stories. One evoked Pygmalion, another Major Barbara.
07/14/2009