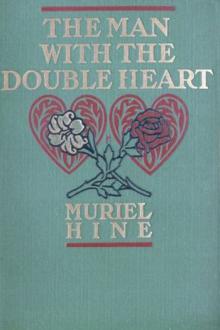 McTaggart consults with a doctor, who, after careful examination, credits his astonished patient with a double heart. This quality of existence pursues him morally as well as physically, for he is concerned with a Parisian adventuress who tries to entangle him for financial purposes, and Cydonia, the beautiful daughter of a nouveau riche. A many-sided novel this, full of incident, stimulating and suggestive, with a bold and generous view.

rather mad. But you say it doesn't matter?"

"It doesn't seem to affect your circulation in the least. I'm certain what you complain about is due to indigestion--the aftermath perhaps of a touch of Influenza."

A twinkle crept into the blue eyes watching him. "I suppose one heart's Italian and the other purely Scotch?" He ventured the joke against himself in a spirit of relief.

"That's it!" His new friend laughed ... "a dual personality. Dr. Jekyll and Mr. Hyde, with a physical excuse." He gave loose reins for a moment to his vivid imagination, which swept him on with the current of his thoughts.

"You're not married, you say? Well--you'd better be careful. It might lead to bigamy! If so, refer to me."

A curious expression came into the young man's face as he echoed the other's laugh with a trace of confusion.

He paid his fee and went out into the London fog. 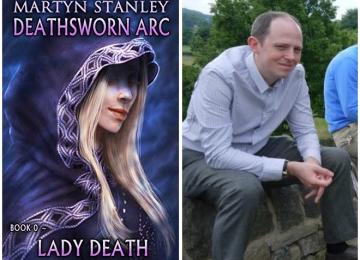 Martyn Stanley - Epic Fantasy Adventure Featuring Dragons
FEATURED AUTHOR - Martyn Stanley is the author of 'The Deathsworn Arc' an epic fantasy adventure series with dragons. He lives in a little village in England, with his long-suffering wife and two children.  Martyn has always enjoyed epic fantasy novels and began reading them at a young age, starting with 'The Hobbit', ending with 'The Inheritance Cycle' and including everything in between. His 'Deathsworn Arc' is more than a hack and slash, swords and sorcery series. It examines, faith, companionship, morality,… Read more