The Miracle Mongers and their Methods 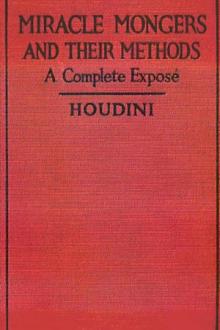 My professional life has been a constant record of disillusion, and many things that seem wonderful to most men are the every-day commonplaces of my business. But I have never been without some seeming marvel to pique my curiosity and challenge my investigation. In this book I have set down some of the stories of strange folk and unusual performers that I have gathered in many years of such research.

unveiled altar in the inner sanctuary of the little matted temple, and during these invocations no visitors are allowed to enter the sacred precincts."

Mr. Reid's description of the fire walking itself may not be out of place; it will show that the Japs had nothing new to offer aside from the ritualistic ceremonials with which they camouflaged the hocus-pocus of the performance, which is merely a survival of the ordeal by fire of earlier religions.

"Shortly before 5 o'clock the priests filed from before the altar into some interior apartments, where they were to change their beautiful robes for the coarser dress worn during the fire walking. In the meantime coolies had been set to work in the courtyard to ignite the great bed of charcoal, which had already been laid. The dimensions of this bed were about twelve feet by four, and, perhaps, a foot deep. On the top was a quantity of straw and kindling wood, which was lighted, and soon burst into a roaring blaze. The charcoal became more and more th 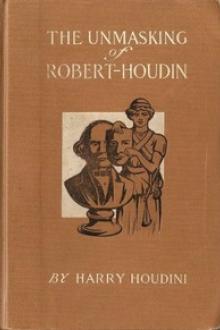 The Unmasking of Robert-Houdin