The Book of American Negro Poetry 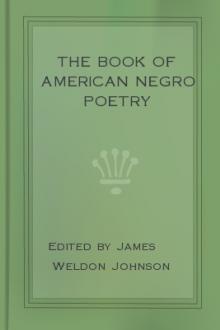 y, but a polyphonic structure that is amazing.

It is obvious that Ragtime has influenced, and in a large measure, become our popular music; but not many would know that it has influenced even our religious music. Those who are familiar with gospel hymns can at once see this influence if they will compare the songs of thirty years ago, such as "In the Sweet Bye and Bye," "The Ninety and Nine," etc., with the up-to-date, syncopated tunes that are sung in Sunday Schools, Christian Endeavor Societies, Y.M.C.A.'s and like gatherings to-day.

Any one who doubts that there is a peculiar heel-tickling,
smile-provoking, joy-awakening, response-compelling charm in Ragtime needs only to hear a skilful perform