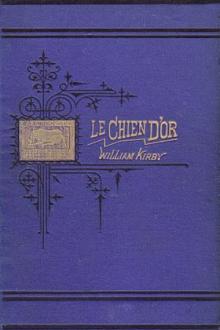 "A powerful romance of love, intrigue, and adventure in the time of Louis XV, and Mme. de Pompadour, when the French colonies were making their great struggle to retain for an ungrateful court the fairest jewels in the colonial diadem of France."--New York Herald

s, as they conversed gaily together on the broad gravelled walk at the foot of the rampart. They formed the suite in attendance upon the Governor, who was out by sunrise this morning to inspect the work done during the night by the citizens of Quebec and the habitans of the surrounding country, who had been hastily summoned to labor upon the defences of the city.

A few ecclesiastics, in black cassocks, dignitaries of the Church, mingled cheerfully in the conversation of the officers. They had accompanied the Governor, both to show their respect, and to encourage, by their presence and exhortations, the zeal of the colonists in the work of fortifying the capital.

War was then raging between old England and old France, and between New England and New France. The vast region of North America, stretching far into the interior and southwest from Canada to Louisiana, had for three years past been the scene of fierce hostilities between the rival nations, while the savage Indian tribes, ranged on the o

An Introduction to Entomology: Vol. 1

An Introduction to Entomology: Vol. 2

An Introduction to Entomology: Vol. 3

An Introduction to Entomology: Vol. 4