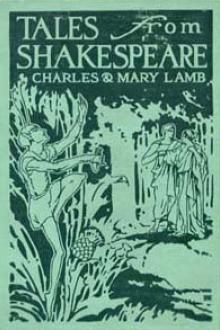 The following Tales are meant to be submitted to the young reader as an introduction to the study of Shakespeare, for which purpose his words are used whenever it seemed possible to bring them in; and in whatever has been added to give them the regular form of a connected story, diligent are has been taken to select such words as might least interrupt the effect of the beautiful English tongue in which he wrote: therefore, words introduced into our language since his time have been as far as possible avoided.

hey had refused to execute her wicked commands. These gentle spirits were ever after obedient to the will of Prospero. Of these Ariel was the chief.

The lively little sprite Ariel had nothing mischievous in his nature, except that he took rather too much pleasure in tormenting an ugly monster called Caliban, for be owed him a grudge because he was the son of his old enemy Sycorax. This Caliban, Prospero found in the woods, a strange misshapen thing, far less human in form than an ape: he took him home to his cell, and taught him to speak; and Prospero would have been very kind to him, but the bad nature which Caliban inherited from his mother, Sycorax, would not let him learn anything good or useful: therefore he was employed like a slave, to fetch wood and do the most laborious offices; and Ariel had the charge of compelling him to these services.

When Caliban was lazy and neglected his work, Ariel (who was invisible to all eyes but Prospero's) would come slyly and pinch him, and sometimes tumble him d 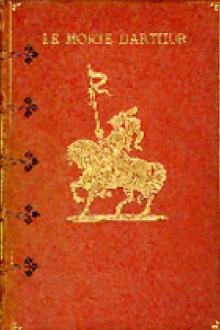 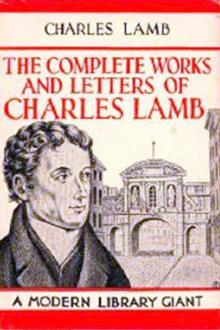 The Works of Charles and Mary Lamb, vol 5