The method by which one man might be pinpointed in the vastness of all Eternity was the problem tackled by the versatile Frank Belknap Long in this story. And as all minds of great perceptiveness know, it would be a simple, human quality he'd find most effective even in solving Time-Space.

girl crazy enough to give him a second glance: "I'm interested in you, honey! Get rid of him and come over to my table!"

He could say worse things to girls too decent and self-respecting to look at him at all.

How could she have loved such a man? And dragged Joe into it, a good kid who had made only one really bad mistake in his life--the mistake of asking her to marry him.

She shivered with a chill of self-loathing and turned her eyes hesitantly toward the big man in bathing trunks who sat alone by the door.

For a moment she met the big man's eyes and her fears seemed to fade away! She stared at him ... sunburned almost black. Muscles like a lifeguard. All alone and not on the make. When he returned her stare his eyes sparkled with friendly interest, but no suggestive, flirtatious intent.

He was too rugged to be really handsome, she thought, but he wouldn't have to start digging 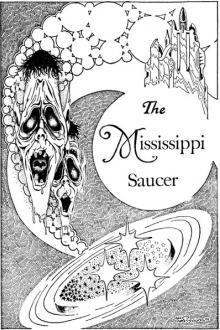 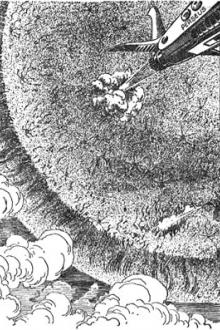 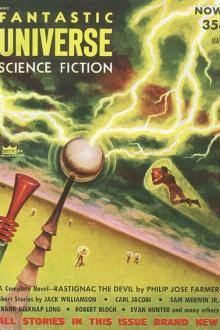 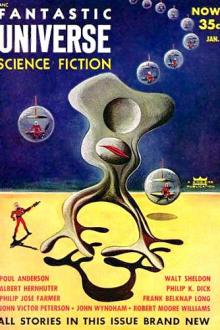 The Man the Martians Made 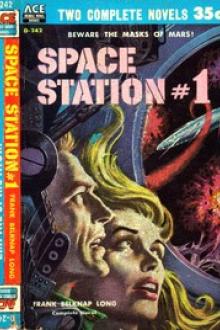 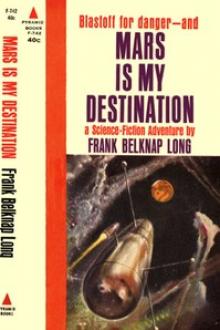 Mars is My Destination

JoJo Biggins
3
This story had such huge potential, but it's disappointing because nothing ever really happens. A guy goes back in time, and all he really does is listen in on the thoughts of a few different people. There is no real plot here, no action, and no driving force to the story. The ending is a cheap let-down as well.

Perhaps this story didn't deserve the 3 stars I gave it, but the writing was so well-done, and it kept interest up until the end, that it earned a little extra from me.
01/20/2016

Lisa Carr
3
A time traveler who has developed a fear of Time bails out of a research time machine at a time so long ago that they didn't even have telepathy. He expects they'll never find him lost in all eternity.

A curiously bloodless story, with no character in it having any real depth, and with a plot that seems to meander for a while, then end. The writing isn't bad, it's just a thin story.
02/16/2014