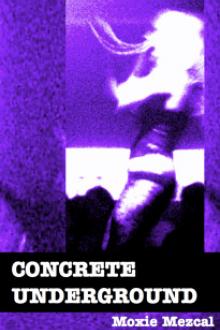 An idealistic journalist sets out to expose corruption among the city's elite and soon finds himself immersed in a conspiracy of murder, blackmail, espionage, and human trafficking. Pitted against the enigmatic CEO of one of the world's largest tech companies, he must play a deadly game threatens to unearth its players' darkest secrets.CONCRETE UNDERGROUND is postmodern pulp fiction - a gritty, labyrinthine murder mystery about identity and alienation in the digital age.

In the bottom right corner of the screen are digitized numbers reading: 00033.

I turn to my left. The woman beside me casts a disapproving look at me and says, "You shouldn't be here." Her face is covered by a half-mask made of dark gunmetal. I reach out to lift the mask, but when I see her face, I realize she's not who I thought she was.

I turn to my right and see a man sitting in the previously-empty seat, his face covered in a grotesque black mask pocked by red boils oozing puss. A long crooked nose protrudes from his mask, and underneath his lips part to reveal a mouthful of jagged yellow teeth jutting out from purple, bleeding gums.

The man in the mask starts laughing - a tinny and mechanical laugh, like the sound of a clanky old film projector.

When I came to, my assailant was gone. I struggled slowly to my feet, feeling my head throbbing and my stomach stinging like hell. Then to make matters worse, that damned phone in the hallway started ringing again.

Once I finally regained my bearings, I realized that the vent cover had been fully removed and the box had been taken.

My head still swimming, I staggered out into the hallway in time to see the leopard-print lady from the lobby pick up the phone.

"Hello?" she answered and then turned her head to look directly at me. 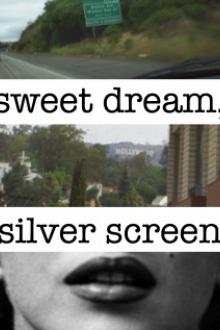 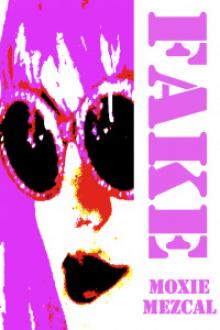 Ross Campbell
4
Our protagonist is a detective/journalist who gets tricked and double-bluffed and beaten up a whole lot in this really interesting murder mystery.
One original aspect is that the author presents a playlist of songs/artists for each part of the book, so you can fetch them on Spotify and listed while you read - Nice.
12/06/2011

Simone Simonetti
5
This is a very interesting book, whilst your reading it you're never sure what's happening and what's true. The ending is both anti-climatic and a climax at the same time, depening on your take of the events.

Mark S
4
a little "film noir", a little "action adventure", and a whole lot of fun. The ending was a little cliched, but other than that a great read that everyone should take a chance with.
01/30/2011

bhold
3
If you are looking for some escapist reading and enjoy over-the-top pulp fiction then this may be a good book for you. I liked the book enough to finish it but was disappointed at the end - too many unanswered questions. I didn't like the book enough to go back and dig out the answers.
09/05/2010

tom howe
5
wtf.
i actually read it, which is odd for me.
school and AP english has made me hate reading, but for some reason this hooked me with it's pointless but not pointlessness. only problem was it hooked me at 10:30 or something until around 6:30 A.M.
Woo.
08/24/2010

Marc Horne
5
‘Concrete Underground’ knocked me out. It takes the noir plot and loops it into a feedback cycle until it breaks. It embraces the implausibility of the hero and squeezes horror out of it. Fast, sexy fun is laid on top of a growing layer of scar tissue on human faces until you can’t tell the difference anymore. It wears its influences on its sleeve and even walks you through them, but it makes something new out of them. A true 21st century novel.
04/03/2010