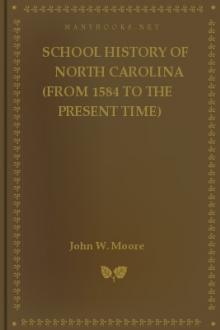 g from the Blue Ridge, near the Virginia line, just between the sources of the Yadkin and the Roanoke, in a south-easterly direction some two hundred miles, almost to the sea-coast below Wilmington. In the divide between the first and second systems, which is also the great watershed between the Atlantic slope and the Mississippi Valley, a singular anomaly is presented, for it is formed not by the lofty Smoky range, but by the Blue Ridge--not, therefore, at the crest of the great slope which the surface of the State presents, but on a line lower down. On the western flank of this lower range the beautiful French Broad and the other rivers of the first section, including the headwaters of the Great Khanawha, have their rise. In their course through the Smoky Mountains to the Mississippi they pass along chasms or "gaps" from three thousand to four thousand feet in depth. These chasms or "gaps" are more than a thousand feet lower than those of the corresponding parts of the Blue Ridge. 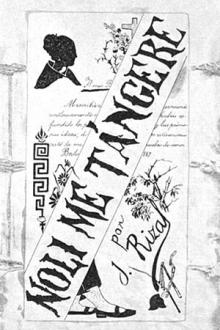 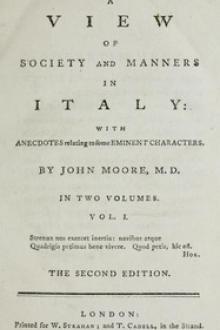 A View of Society and Manners in Italy, Volume I (of 2) 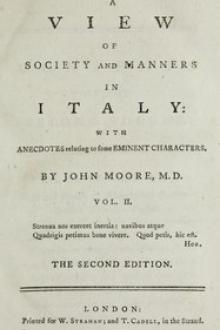 A View of Society and Manners in Italy, Volume II (of 2)