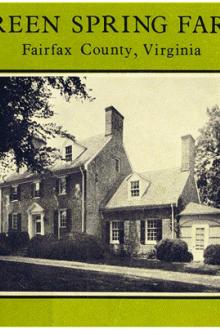 In the beginning was the land. It drew human life to our rich area of Fairfax County, and sustained us for centuries before we became so self-conscious about it as to make household language of words such as ecology and bio-degradable waste. This is where we are at, however, and thus it is thoroughly appropriate that the publication of historical research reports in this format, a new program for Fairfax County, should commence with a study of the Green Spring Farm. There is no better site for an example, probably, to illustrate the early patterns of life on the agricultural land of Fairfax County as well as to follow the changes and pressures that have come about through war, depression, boom, and technological change down to the present. Anyone familiar with the history of this parcel of land, the Green Spring Farm, will be familiar with a great deal of the history of Fairfax County—told not so much in terms of its famous and powerful people as in terms of those who drew sustenance directly from the land.

ers held the power of government in colonial and post-Revolutionary Virginia, they also paid much of the cost of government. In 1786, John Moss and James Wren, Gentlemen, were appointed Commissioners of the Land Tax, the large counties in Virginia being allowed to have two such officials.[12] They were responsible for maintaining the tax book, personally calling on every person subject to taxation, and making four lists of taxable property in the county. (One was for the Clerk of the County Court, one for the sheriff, one for the Solicitor General, and one for the commissioner.) Annually, they submitted a list of changes in land ownership, by sale or inheritance.[13]

For his service as a justice and as Commissioner of the Land Tax, John Moss's compensation came in the form of fees; he received no salary but under certain circumstances he was reimbursed for out-of-pocket expenses connected with his duties.[14]

As one of the results of the American Revolution, the Anglican church was disestablishe 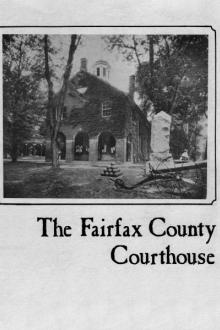