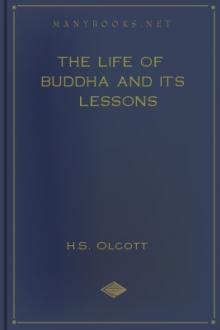 religion, proves that the secret of human misery was at last solved by this divine self-sacrifice, and the true path to Nirvana opened.

The joy that he brought to the hearts of others, Buddha first tasted himself. He found that the pleasures of the eye, the ear, the taste, touch and smell are fleeting and deceptive: he who gives value to them brings only disappointment and bitter sorrow upon himself. The social differences between men he found were equally arbitrary and illusive; caste bred hatred and selfishness; riches strife, envy and malice. So in founding his Faith he laid the bottom of its foundation-stones upon all this worldly dirt, and its dome in the clear serene of the world of Spirit. He who can mount to a clear conception of Nirvana will find his thought far away above the common joys and sorrows of petty men. As to one who ascends to the top of Chimborazo or the Himalayan crags, and sees men on the earth's surface crawling to and fro like ants, so equally small do bigots and sectarians a 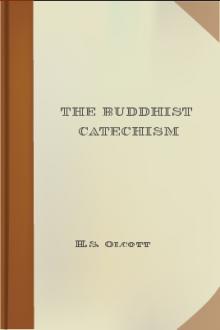 Arasu GT
5
I was searchin for it. i got tht in ur site. twas really gud.