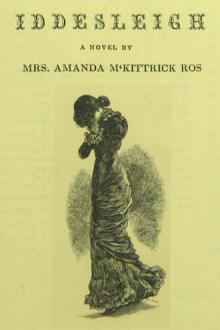 The story of a marriage doomed from the first moment by unrequited love.

and heal its weakening effects with the sacred salve of truth.

Not until the horses dashed up the winding avenue with increased alacrity was he shaken from his meditating attitude, to be ushered once more into his home of boundless wealth. The lonely stare of grave bewilderment took the place of happiness that formerly seemed built in abundance for him within its walls, as he entered the palatial and gorgeously equipped abode he principally inhabited, feeling the tinge of the dull past filling him with entire despair, whilst meditating on the happy future which presented itself to him. How in a trivial period this lonely spot, he thought, should prove the beacon of never-dying bliss, when once furnished with the most precious treasure on earth--a virtuous woman! Ah! the very thought of his embosomed and anticipated alliance made him nervously happy; and believing a bright and noble future lay in store for the lonely owner of Dunfern Estate, he resolved to indulge nature in a few hours of calm repose.

Luke Erik
1
I can cheerfully say that this is the worst novel ever written. I thoroughly recommend it to everyone who likes a laugh. I re-read several passages in astonishment at their awfulness. She has heard about adjectives and alliteration and uses the two devices endlessly. Unfortunately she hasn't heard of dialogue or characterisation. She also appears to lack a normal sense of right and wrong. Go on, treat yourself: download it.
02/09/2014