The Gaming Table
Its Votaries and Victims - Vol II 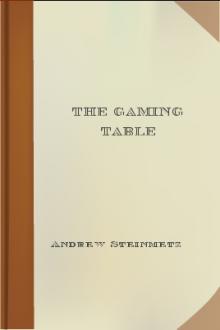 The Gaming Table
Its Votaries and Victims - Vol II

The following narrative elucidates a still more modern phase of this elegant 'industry.' My authority is M. Robert-Houdin.

CAUGHT IN A TRAP.

M. Olivier de ---- was a dissipated young gentleman. His family was one of the oldest and most respectable of the country, and deservedly enjoyed the highest consideration. M. Olivier de ----, his father, was not rich, and therefore could not do much for his son; the consequence was that owing to his outrageous prodigality the son was sorely pinched for means to keep up his position; he exhausted his credit, and was soon overwhelmed with debt. Among the companions of his dissipation was a young man whose abundant means filled him with admiration and envy; he lived like a prince and had not a single creditor. One day he asked his friend to explain the mystery of the fact that, without possessing any fortune, he could gratify all his tastes and fancies, whilst he himself, with certain resources, was compelled to submit to 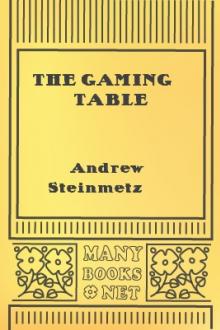 The Gaming Table: Its Votaries and Victims. Volume 1

The Gaming Table: Its Votaries and Victims. Volume 2