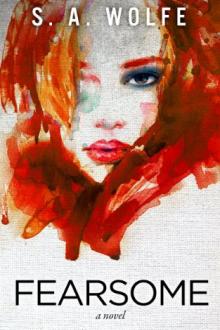 *This is a stand-alone book in the Fearsome Series.

"This book was so flipping fantabulous, and I was so glad that for ONCE, the girl picked the guy I thought she should end up with." ~ reviewer on Goodreads

Jessica Channing's big city life should be more exciting than sixty-hour work weeks and popcorn nights with her girlfriends, but it's not. She has worked hard fulfilling her role as a child prodigy and graduating college years before her peers. She's the good girl, the brilliant girl.

That all changes with one phone call. Jess's rigid, predictable life upends when she must visit a small, obscure town to deal with a relative's death. This isn't just any little speck of a town, though. Long lost memories come crashing down on Jess's world when two men, the Blackard brothers, seem to lure her in.

Dylan is cover model handsome, and pursues Jess the minute she comes to town. Then there is tall, dark and gorgeous Carson, who hides his own secrets behind his hardened reserve.

For someone who has been governed by her own obsessive behaviors and fears, Jess lets her guard down and jumps at the opportunity to have an affair with a man she actually finds attractive for a change.

There's just one problem. Jess discovers that she can't have a simple romantic fling because true passion does indeed come with some very big strings attached to it. She will have to own up to her own truths about love and face the two extraordinary men; both troubled in their own ways and both determined to have her. 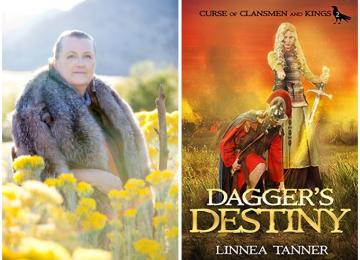 Linnea Tanner - Fascinated with Ancient Rome and Britannia
FEATURED AUTHOR - Award-winning Author Linnea Tanner weaves Celtic tales of love, magic, adventure, betrayal, and intrigue into historical fiction set in Ancient Rome and Britannia. Since childhood, she has passionately read about ancient civilizations and mythology which held women in higher esteem. Of particular interest are the enigmatic Celts who were reputed as fierce warriors and mystical Druids. Depending on the time of day and season of the year, you will find her exploring and researching ancient and… Read more