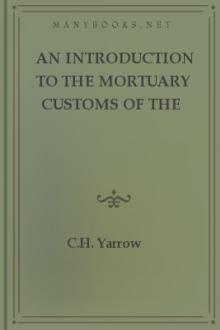 s at agencies, to a great number of Army officers who had served or were serving at frontier posts, and to individuals known to be interested in ethnologic matters. A large number of interesting and valuable responses were received, many of them showing how customs have changed either under influences of civilization or altered circumstances of environment.

Following this, a comprehensive list of books relating to North American Indians was procured, and each volume subjected to careful scrutiny, extracts being made from those that appeared in the writer's judgment reliable. Out of a large number examined up to the present time, several hundred have been laid under contribution, and the labor of further collation still continues.

It is proper to add that all the material obtained will eventually be embodied in a quarto volume, forming one of the series of contributions to North American Ethnology prepared under the direction of Maj. J. W. Powell, Director of the Bureau of Ethnology, Smithsonian Institut