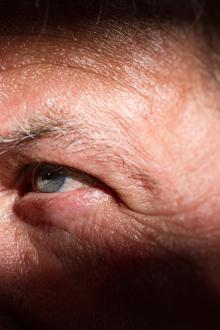 Readers have demanded to know more about the leadership trifecta of the Linchpin organization, Seven, Serafina Ferarri, and Dr. Morris Malloy. The Linchpin Trifecta series features "Hijacking Hellfire," the action-packed backstory of the current leader of Linchpin, the man known only as "Seven," with the second book in the series showcasing Serafina Ferarri, everyone's favorite one-eyed cougar assassin. The third book will feature the revealing and dramatic backstory of Dr. Malloy.

As a former NASA rocket scientist, private detective, government security operative, and Chris Pine look-alike, Allen Gregory comes by the adventurous lifestyle quite naturally. Raised by parents who were both assassins-for-hire, Gregory spent most of his childhood on the run from the CIA, MI6, and Interpol, splitting time between locations in the U.S., Europe, and the Far East.

Seriously though, although none of that is true, don't hold it against him. His books are mystery/thrillers with lots of action, interesting characters, a dash of humor, and adventures that don't always feature perfect heroes that save the world with a paper clip and empty toilet paper roll.
Website/Blog
Goodreads Profile
Facebook Page
Amazon Profile
Twitter Profile 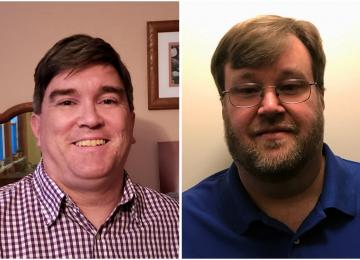 Geoff Habiger and Coy Kissee - A Dark and Pacy tale with Punchy Action and Well-Placed Humor
FEATURED AUTHOR - The writing duo of Geoff Habiger and Coy Kissee have been life-long friends since high school in Manhattan, Kansas. (Affectionately known as the Little Apple, which was a much better place to grow up than the Big Apple, in our humble opinion.) We love reading, baseball, cats, role-playing games, comics, and board games (not necessarily in that order and sometimes the cats can be very trying).