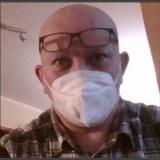 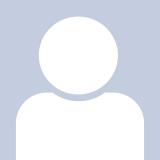 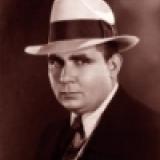 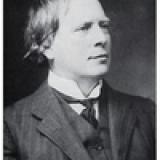 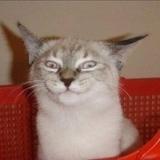 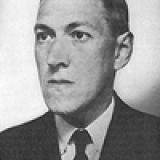 Immortals' Requiem
3
First, my favorite character was Mark. Born a violent brute kinda noob, as a lesser noble of the Roman Empire invading Britain, and staid that all the way!

It is OK to write a character, who is an alcoholic retard. It is less entertaining, then the entire book reads, as if the author is nothing else at all.

The fairy, or fey, dish we get is VERY superficial, and while the Seelie Court and Unseelie Court are known to me, since I researched on old Dungeons & Dragons... Or the twenty years old: https://whitewolf.fandom.com/wiki/Changeling:_The_Dreaming

On the good side: The story is easy to get into, there are different characters, and strong female characters along in the dish, and the classic "fight the big bad guy" justifies the overtly cast of characters, as it seems.

The format is OK, the prose could have worked, it just failed to entertain me at all, as I found too much of it cliche, predictable, and known from authors I read a decade, or two, before reading this. Not my kinda tale, but maybe I am wrong on it, and you enjoy checking it out, dear readers? Enjoy!
08/31/2020

The Green Mummy
4
The book is old, and indeed starting in a lengthy way. That is, when twenty, or more, chapters of sermon (where one sentence could summarize it) are your definition of lengthy.

One the good side though, it is a full novel, a book and not just a hastily scribbled novella, after another pseudo-author watched some movie. The characters are believable, and surprises happen (the supposed richer husbands available, in example, are often proven to be not how the professor wanted to see them).

It is important to remember that this has a South-American bend, not one towards Egypt. The green mummy is Inca by origin, and art-smuggling & reconquering stolen art to rightful owners is part of this. Henceforth I agree with the reviewers before me, IF you can bear the lengthy and shallow start, then the mystery delivered will at least be fully developed.

I think it is good, when:
* You like mummy stories.
* When you enjoy not knowing on page one, how much is crime and how much is supposedly supernatural. Some complex twists are splendidly done, albeit in an old way, which not all modern people may appreciate.
* When era 1900 to 1910 daughter coming of age, daughter struggling to not allow her father to meddle any longer, are what interests you.

Beach Town: Apocalypse
3
Pretty classic, urban zombie apocalypse story, with not much new, or innovative in it. Harry, Sheila, Dean... Characters are walking cliche, which all of us have read before, or watched in movies. My issue to note: The .epub version has grammar and punctuation issues, along with fun like police office (instead of police officer) kind wrong choices through the text. It reminded me more of a software-transcribed movie synopsis than a really written novel, or novella. If you want a classic virus-outbreak in a downtrodden town, then this is fine. If you want something completely new, then this may be disappointing a bit. The moment Harry came home and shaved himself with a blade (razor), instead of electronic shaver, I felt, as if this was from 1970 and not 2020. Weird reading such, during #coronavirus.
05/07/2020

The Hill of Dreams
3
Contrary to 'The Terror', or 'The Novel of the Black Seal' I found this ebook lengthy and more boring than expected. Given, that I followed due to the review of Gary 449 before me, I was surprised.

On the good side an adventurous country bumpkin gone author fails to learn the treacherous reality of becoming a selling author aka making a living by publishing. So, one good aspect is this includes, and is NOT reduced to, a cautionary tale about last century authors being ripped-off (cheated) by publishing houses, which steal their stuff by masking it with their own artful reformulation of the prose and style.

It also gives us reminders of how failing to be of use within your community causes a lack of the social networking it needs, when you have no agent and no marketing team hired. The rest of the story is less supernatural than the other two titles I mentioned above.

Format (.epub) was OK, and the prose of Arthur Machen was always more to my liking than the now celebrated H. P. Lovecraft. If dreams and madness among rural people are thrilling to you, then this is surely a worthy classic to know.
05/07/2020

The Terror
5
I could start with: This is Lovecraftian, as Lovecraft himself should have written it. It wouldn't be much of an overstatement. The Terror is written in style of an investigative mindset (a smarter one), and it is is set in the years of the Great War aka World War One.

Needless to mention, as splendidly written in the story: "Not even the Germans had gas-grenades, which leave each corpse with a thousand bite-marks kinda wounds..."

It connects the historical situation with reasons from beyond, for it having been that way by necessity. I book this, as an attempt to make the lives lost in attrition war NOT have been thrown away, like junk.

For a work from 1917 this work is fluent in its narration, and it is notable on informing the reader, much better than Machen did in People of the Black Seal.

Prose is easy to read, and not too awkward in formulations. Anyone with high-school teaching in the English language can try, it won't be a chanceless waste of time.

The Terror succeeds at something, which early Lovecraft failed to achieve: Informing us readers, while still building the surprise before we know it. Good work.

"Well, it was written while they were at war with 'us Germans', so guess how much sympathy we can expect herein. Especially, when we remind ourselves that Germans usually don't like other Germans either, and just expect them to serve & function in similar ways..."
04/26/2020

The Novel of the Black Seal
4
I found my first, legally-free copy outside of Manybooks, and came here to find a less ill-formatted one (ereader issues): As written by a reviewer before me: "A fairly creepy story of a professor, who acquires a black stone incised with 60 characters, which exist in no language. His investigations lead him to barren English hillsides and very old legends." is one part of the truth about the novel of the black seal.

Another is that Arthur Machen has an interesting writing style, when one found him via Lovecraftian fandoms. By that i mean that he finds less clumsy and less-squeamish formulations, but tends to get a bit lengthy thereafter (each time). Not too badly so.

Machen presents plausible characters, though sometimes a bit freaky, or exotic, and he has a fluent way to deliver the story. To me he succeeded as well with both, the literal and the unwritten, working to deliver atmosphere and meaning to the reader. On H.P. Lovecraft's Cthulhu myth such was considered a sign of unique skill, here, Scottish, it worked even better! ;-) (Yeah, i just dared to say some horror authors are nearly as dumb, as their audiences).

I think he is between Robert E. Howard and H.P. Lovecraft's Cthulhu concept, when it comes to the kinda suspense & horror, which I appreciate. I always found that gory horror is better served by movies, and I remember an old, academic thesis about comparing the stone age mankind to the academic "today". A fear of the savage winning? ;-)

The story is worth a read, when the reader is unafraid of facing some lengthy sermon, or prepared to handle it. Needless to say: The story is from a time, when neither proofread software, nor high grammar rules, existed at all (even I know of my own flaws with it, and I can't say I rejoice reading worse).
11/04/2019

Midnight Customer (Vampire Soul, Book One)
4
Midnight Customer delivers. The tale of a waitress getting drawn into a dangerously deadly conflict by a vampire turns out to be interesting and has a good story flow. The simplicity of it works, as it has its own homage to Stephen King novels and horror movies of the eighties of last century. The story is an appetizer by the author, and the download includes a link to her website, where more than just vampire stuff can be downloaded or purchased by subscribers. Interesting, humorous, and simple, but not without some quirks to my personal comfort.
#Shortstory #freebie #giveaway #Vampire #Vampires
09/21/2019

The Watcher by the Threshold
3
To me the title story was a failure, and I believed the reviewers (Lisa Carr & GeraniumCat) before me considering it one of the best in the bundle. The old grammar is not to my liking, and I had my overdose of old moors aka swamps, and such. Sir Arthur Conan Doyle indulge some of it, when he wrote the Hound of the Baskervilles.

The protagonist clearly feels entitled and predestined, but makes a number of mistakes, which no local, no ranger, and no wild-walker would consider harmless. The next is the lack of science, when swamp-gas and pranks by criminals are among the truth of supposed supernatural phenomena.

The Call of Cthulhu
3
When the joy of a fan does no longer meddle with the mind, then the story is mediocre. By now I noticed similarities to the Demeter's journey in Dracula, and the complete lack of formatting makes the ebook version get another minus, when it comes to readability.

On the strong side Lovecraft gave unusual examples of how to hook readers, how to draw them into a story, be it by a narration or a series of letters. The trick of excluding grisly details, while making the reader have a very clear suspicion about what happened, has always been part of his signature-style.

Among the roleplayers of Call of Cthulhu or Trail of Cthulhu: This story is not all about Miskatonic university (as it has never been anything special to Lovecraft himself), and clearly uses other places & faculties.

Sadly there are notions, which nowadays are defined as racist, so no more blissful ignorance and overlooking.
08/22/2019

The main conflict begins, when Prof. Henry Armitage of the Miskatonic university witnesses Wilbur Whateley, the country-weirdo, asking for a forbidden book - the Necronomicon. It grows in tension, when Armitage realizes that Wilbur owns his very own copy of one of the translations.

From that start we get into the small town called Dunwich, which had gained notoriety for inbreeding and weird local superstitions, since the army drafted conscripts for the Great War (World War 1).

The final culminates in occult summoning attempts gone awry at the Whateley farm clashing with Prof. Armitage's attempts to investigate, and prevent any dangerous malpractice of occult lore...
08/21/2019
Sign up