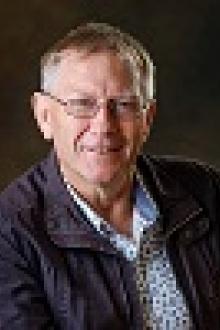 Blair Denholm
BLAIR DENHOLM is an Australian fiction writer and translator who has lived and worked in New York, Moscow, Munich, Abu Dhabi and Australia. He once voted in a foreign election despite having no eligibility to do so, was almost lost at sea on a Russian fishing boat, and was detained by machine-gun toting soldiers in the Middle East.

Denholm's debut crime novel, SOLD, is the first in a thrilling noir trilogy, featuring the detestable yet lovable one-man wrecking ball Gary Braswell. The second exciting book in the series, SOLD to the Devil, was released to rave reviews in June 2020.

A new series, The Fighting Detective, starring ex-boxer Jack Lisbon, will be launched soon with the first installment, Kill Shot. The series is set in tropical North Queensland, Australia, and will feature heavy doses of noir crime with a vigilante justice twist. Expect at least six novels with Detective Lisbon, his fellow cops and a host of intriguing characters

Finally, Denholm is working on a crime series set in Moscow just prior to the collapse if the Soviet Union. Captain Viktor Voloshin is a hard-boiled investigator who has to fight the establishment in order for justice to be served, in his own special way. The first in this series, Revolution Day, will be published early 2021.
Website/Blog
Goodreads Profile
Facebook Page
Amazon Profile
Twitter Profile