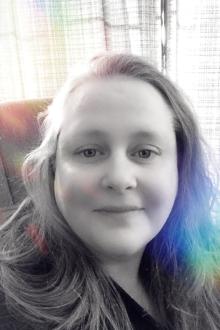 Bobbi Schemerhorn
Bobbi Schemerhorn was born in Nova Scotia, but raised in Alberta. She has lived all across Canada, living in at least five different provinces, thanks to her military husband. Bobbi enjoys watching a variety of TV shows and movies; she is a Sims 2 playing fool, and loves working with her hands making crafts.

Bobbi has self-published all in the fantasy genre. She has dabbled in Steampunk and Greek Mythology as well as Urban and Epic. Outside of her own writing Bobbi takes pride in helping her fellow authors with their work. She is known for her tough love both in her professional and personal life.
Website/Blog
Goodreads Profile
Facebook Page
Amazon Profile