The Ancient Church
5
This book is one of the most reliable and detailed accounting of early Christianity, perhaps only superseded by the most venerable and voluminous works of Philip Schaff (Yes, I mean all 8 volumes of tiny print, for which he was awarded a well-deserved Doctorate merely for doing that work). Killen's work is nonetheless a gem of a book, and a much shorter read. All things being equal, Killen is only covering the initial 3 centuries (into 200 AD).

We all learn through filters, be they by culture or tradition, and so many attribute accuracy and facts with opinions and biases. This book presents a very keen eye to exposing historical truth about the Eastern Religion known as Christianity.

Christianity is not a Western Religion, no matter what current historians, modernists/post-modernists, humanists, or philosophers say. Again, not even if they claim the banner of Christendom. Worldlings of any sort, size and shape need not be paid attention to regarding the facts of reality. Those who are God's people, aliens and strangers in this world, need to pay less attention to educated worldlings and more to knowledgable disciples of Jesus the Messiah.

Christianity is the fulfillment of God's revelation to Humanity started in the Garden of Eden, developed in Fertile Crescent, secured in the Middle East, refined in the Arabian Deserts, Egypt, Persia, and come to term in Roman Palestine among the Jewish peoples whom Yahweh the Lord God had ignored prophetically for over 400 years.

What part of that is Western?

I really enjoyed reading Killen's history back in the early 1970s, and am very happy to have found it yet again for me to peruse and utilize. I highly recommend this, unless the realities of Christian history might offend one's biases, traditions, and worldview. Then, this book is of no value whatsoever to you.

Like Foxe's Book of Martyrs, facing reality is not for the timid and retiring, nor for those embracing presumptive vagaries of philosophical tawdry and materialistic humanism prejudice. If such forthrightness on my part seems too abrupt for the reader of my review of this book, then you shouldn't read this either. 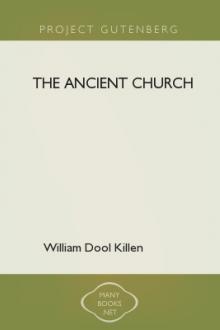 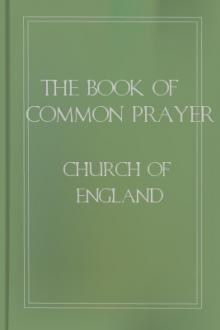 The Book of Common Prayer