Omaha
3
I award 3 stars, not because the novel is good enough to warrant 3 stars but because it\'s bad enough to be fun to read just to see what silly error the author is going to make next.

Never mind that it\'s full of typos or that some sentences are so unencumbered by English syntax that they are thoroughly incomprehensible; you just read on hoping the next sentence will be better.

The dialoge is stiff and wooden. It just doesn\'t come across as real speach. I t doesn\'thelp that the first 25% of the book, after th bif hollywood opening) is exposition done through dialogue.

a worse offense is that the book is rife with sexism; even the most intelligent women are relegated to assistant roles, like cooking. All the women have an overwhelming penchant for shopping and all but one has an overwhelming interest in doing wardrobe makeovers.

But, in addition to that, there is the plot itself. It\'s as if the author, to develop the story, sat with a bunch of grade school and junior high children as he outlined the story, asked them, and then . . .?

These people have more wealth than God, what do they eat for dinner?
\"Pizza.\"
\"Yeah. And beer.\"

You know these people have so much money available, they can buy whatever they want.
\"Yeah, so they buy more pizza.\"

So these guys are fighting the mob, organized crime. How do the gangsters fight?
\"They try to start a fire so big the whole world takes notice.\"
Really, something high profile like that?

\"Oh, yeah, and lots of guns and everybody sees them.\"
\"Yeah, they go into a big crowd and shoot shoot shoot.\"

Alright, and when they guy that plans the fire gets in trouble for drawing so much attention, what next?

\"Then the bad guys try to make a BIGGER fire, with explosions.\"
\"Yeah, and you have to have lasers shooting people and kidnapping.\"
\"Yeah, and then they have more pizza.\"

The good guys or the bad guys have more pizza?
\"Both!\"

And the good guys fight how. . .?
\"With computers. They can control everything with computers and spy on anybody.\"

On second thought, I\'ve been unkind to grade school and junior high kids. Perhaps it\'s more like the author sat with a Hollywood producer to develop his story - imagine Ed Wood with a big budget.

There are serious factual problems too. In one clip, excuse me, chapter, the mobsters take out the electrical substation that feeds only the building where the good guys reside. The good guys have a generator in the building so they don\'t care. But somehow this causes such a drain on the electrical grid of Omaha that nearly the whole Midwest is threatened with a blackout. But, if the substation fed only the one building, once it was knocked out of commission, it would be tripped off line. And that wouldn\'t cause a drain on the grid; it wouldn\'t increase power demands on the grid. The only user of the electricity from that substation is no longer using power form the grid. But it gets even more ridiculous, even though the substation is knocked off line, the building generator is so big that it feeds power back onto the grid, helping to prevent the black out. But how could power get onto the grid if the wires go through the substation that has been knocked off line?

Or consider that a Midwestern blizzard is so bad that major highways can barely be kept open without days of repeated plowing and the drifts are higher that semi rigs. Yet the cast of characters are able to drive on extremely remote rural roads, roads otherwise unused in the winter, without any trouble. The reader can only ponder, or just read on for the next literary tomfoolery. 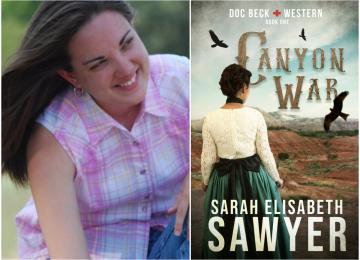