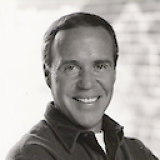 Steven J. Daniels
Steven J. Daniels is an author, aviator, adventurer, and comedy writer/performer. He worked in professional sports, law enforcement, commercial aviation, and politics. His broad range of experience provides him with a unique perspective which he utilizes in his writing.

His published novels include Weeds in The Garden of Love and the thrillers of the Evocatus Series - Evocatus Inception and Evocatus II Bloodline. The third book of the series Evocatus Stratagem is in production.

Steven J. was a contributing writer to The Tonight Show with Jay Leno and has appeared in movies and on national television shows. He also worked as a stand-up comic for many years in comedy clubs, bars, saloons, colleges, universities, dives, one-nighters, and corporate venues. He is also a seasoned world traveler having worked on cruise ships worldwide.

He lives outside Toronto with his family.