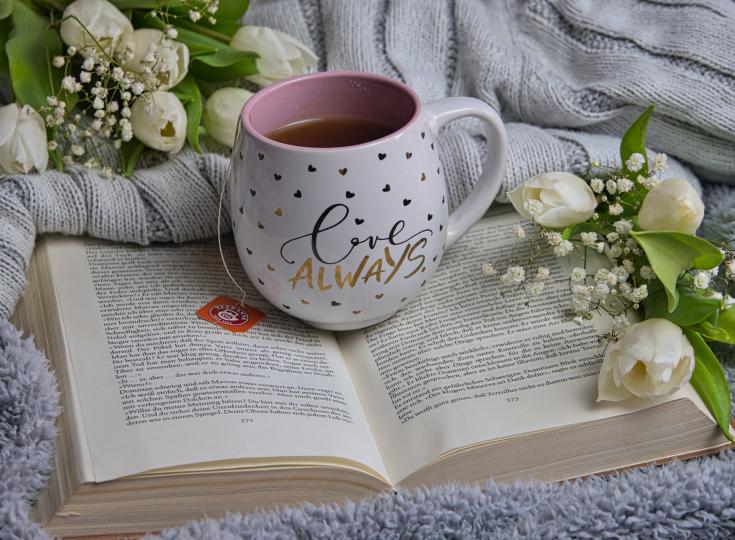 As the world continues to reel from COVID-19 and the media continue to bombard everyone with bad news it's no wonder that books remain a popular pastime. Fortunately, there was no shortage of good books for our readers to pass the time last month. Here are the best books for the month of May as indicated by our readers. 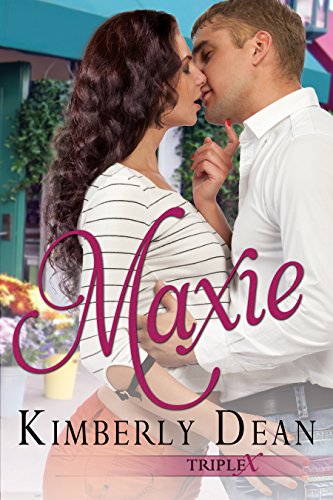 What would happen if you ran into not just one, but two people who look identical to you? In the case of Maxie, it sends her into a dead faint. Fortunately for her, Sheriff Zac Ford is nearby and able to catch her before she hits the ground. To make matters even more complicated, Maxie calls Zac her boyfriend and he decides to play along, at least until they can figure out what these "sisters" are up to. Although this is the second book in the Triple X series by Kimberly Dean it is also a great standalone read for romance fans. 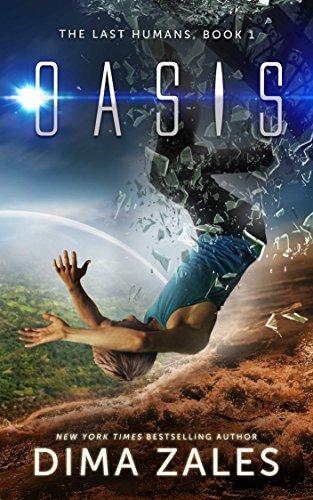 Oasis is the last habitable area on Earth in this novel by Dima Zales. It is also home to Theo, the protagonist of the tale. With things like vulgarity, insanity, and even death things of the past in this paradise there isn't much for Theo to worry about, that is until he starts hearing a voice in his head. Theo believes that she is a delusion named Phoe, but becomes concerned when she tells him things that no imaginary friend should know. 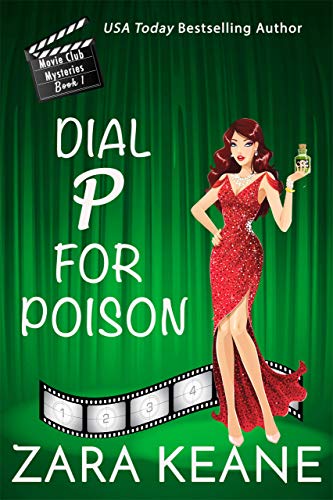 Dial P For Poison is the first book in the Movie Club Mysteries series by Zara Keane. It is a cozy mystery where the protagonist, Maggie Doyle, leaves her cheating ex and career in the San Francisco PD behind for a restful vacation with her aunt in Ireland. For bed and board she agrees to help out at the Movie Theater Cafe, but then her aunt ends up as a prime suspect in a murder investigation. Maggie is determined to clear her aunt's name, but it's not an easy task when her only help comes from a UFO-enthusiast friend and a feral puppy. 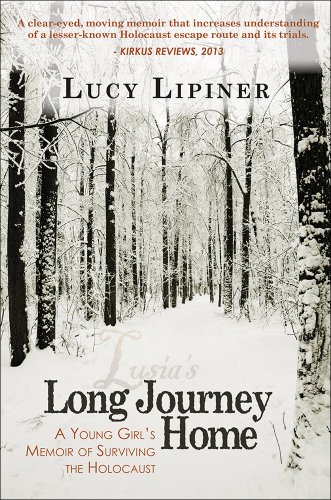 Long Journey Home is the biography of Lucy Lipiner, who had to leave the town of Sucha during the summer of 1939 when she was only six years old. It is from the perspective of that little girl that Lucy narrates her family's history. It was a journey that took her from a sheltered life in a picturesque small town all the way to being barefoot and hungry in Siberia and Tajikistan in Central Asia. It also provides a very detailed, historical account of a group of Holocaust survivors who are otherwise little-known and rarely discussed.

Diary of a Wickedly Cool Witch 1 - Bullies and Baddies 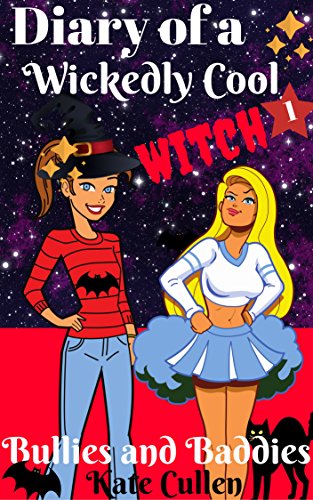 Bullies and Baddies by Kate Cullen is the first book in her Wickedly Cool Witch series and is aimed at middle-grade girls and teens. This book features Lily, who is an adorable, but headstrong witch. She goes head to head with the school's meanest cheerleaders in an effort to stamp out the bullying that is taking place. The story deals with a lot of problems that teens face in real life, but humorous writing is what sets the book apart. 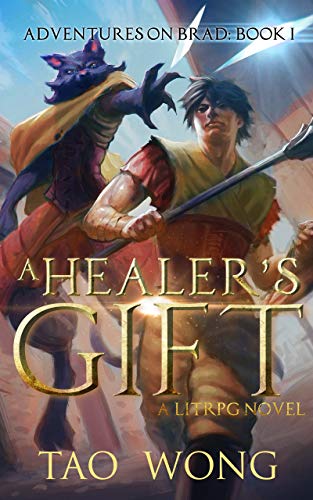 A Healer's Gift is the first book in the Adventures of Brad series by Tao Wong. The protagonist of this tale is a young man named Daniel who was gifted with healing powers by the gods. He can heal even the most grievous wounds with a touch but yearns to leave the mining camp where he was born behind and become an adventurer. This compels him to journey to a nearby Dungeon town where he will face monsters and learn what it really means to be an adventurer. 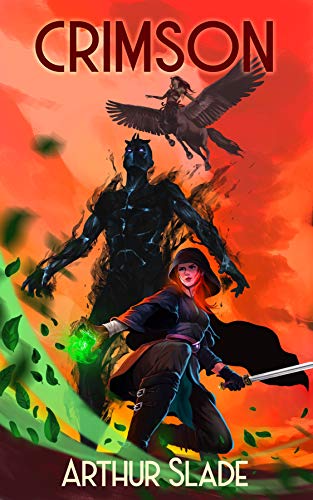 Crimson is the story of Fen, a young woman who goes from being a simple villager to being hunted by the Queen's soldiers. The reason for this is that Fen woke up one morning to discover that her hair had gone crimson. This is a sign that she has been invested with wildmagic, which is a death sentence as only the queen is allowed to use magic. Fen is horrified when the soldiers burn her village to the ground and capture her sister. Fen could use her wildmagic to unleash an ancient god who could overthrow the queen, but the consequences of this action might also make things much worse. 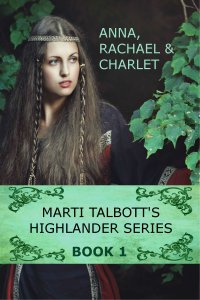 Anna, Rachel & Charlet by Marti Talbott follows the stories of the three titular characters who are young women in the Highlands of Scotland. What ties their stories together is that all of them have their own harrowing experiences before ending up with the MacGreagor Highlander clan. Fans of historical fiction and romance will enjoy the adventures of these three strong-spirited women.

The Misadventures of Derwood Tugbottom 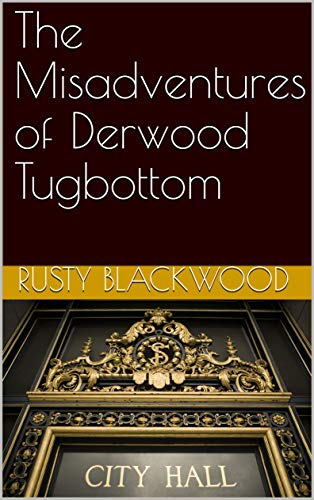 The Misadventures of Derwood Tugbottom is the story of the titular protagonist who is a newly retired government official. Although Derwood J. Tugbottom fancies the ladies, he has never found one who could take his attention away from his appointment. This all changes when he travels to an active Canadian Retirement Centre, which he leaves reeling in his wake due to a series of self-inflicted misunderstandings. 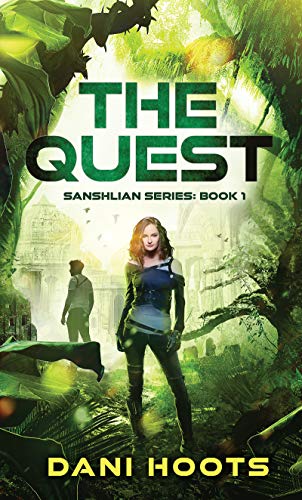 The Quest by Dani Hoots is the first book in the riveting Sanshlian series science fiction trilogy. The protagonist is Arcadia, who lost everything who had her life ripped away from her when her father was killed by the empire. Although her brother escaped, Arcadia was captured and sent to a place where prisoners are broken down and have their memories stolen. Arcadia managed to resist this, though and ends up working as the Emperor's Shadow after he saves her from her fate. Things take a dramatic turn when her brother shows up with tales of a legendary planet called Sanshll that could change everything. 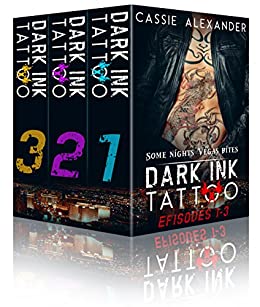 Fans of the normal will relish the opportunity to sink their teeth into the Dark Ink Tattoo box set that features the first three books in the series. The setting is Dark Ink Tattoo, which is the premier 24/7 tattoo studio in Las Vegas. However, this is no ordinary studio as the owner, Angela, is a werewolf who used to run with a dangerous drug-dealing motorcycle gang. Although she has been free from them for the past seven years they show up again to threaten her shop. Fortunately for Angelo, she has a few other people in her life who are more than human. 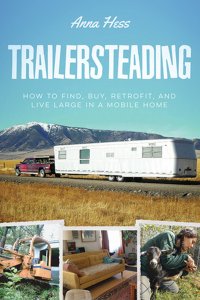 Spending $16,000 a year on rent or a mortgage is a lot of money, but there are alternatives that are not only cheaper but also comes with a lower ecological footprint. This book by Anna Hess profiles thirteen mobile-home dwellers who changed their lives by changing their homes. It is not a book that aims to change the minds of people who are happy living in traditional homes but offers a glimpse of what the alternatives are and how people are embracing them with success. 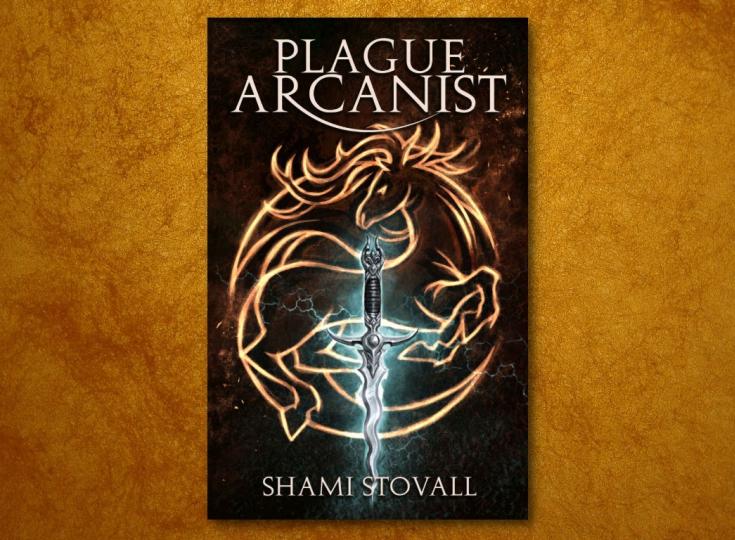 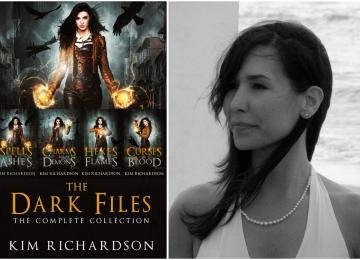 Kim Richardson - Banishing Demons and Other Supernatural Baddies With Good Old-Fashioned Magic
FEATURED AUTHOR - Kim Richardson is the award-winning author of the bestselling SOUL GUARDIANS series. She lives in the eastern part of Canada with her husband, two dogs, and a very old cat. She is the author of the SOUL GUARDIANS series, the MYSTICS series, and the DIVIDED REALMS series. Kim's books are available in print editions, and translations are available in over 7 languages. As our Author of the Day, she tells us all about The Dark Files, The Complete Collection.