Books Like Jupiter
Posted on 7th of October, 2022 by Naomi Bolton 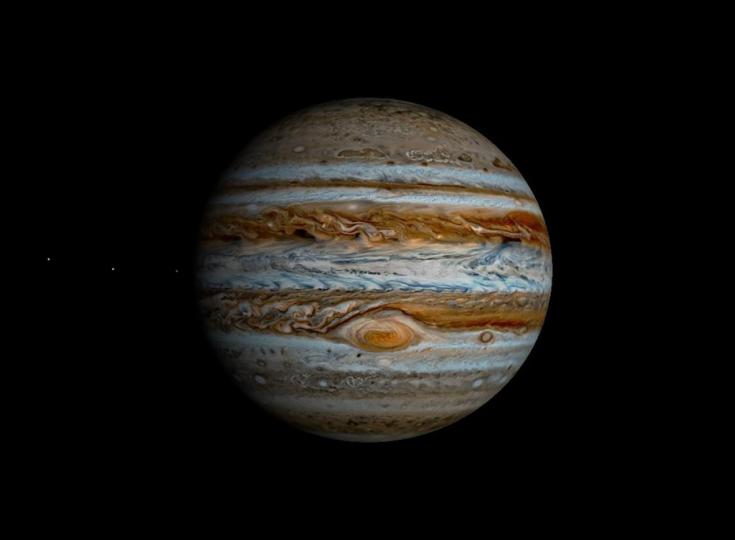 Jupiter has always captured the fascination of authors and readers as the largest planet in our Solar System and one of the brightest natural objects in Earth’s night sky. Early stories depicted Jupiter as a solid planet inhabited by Jovians, commonly portrayed as giant humans. However, as scientists discovered more about the gas giant, the stories evolved to incorporate the new information. For example, when it became clear that Jupiter was a gaseous planet that was impossible to land on, authors tended to shift the stories to one of the many moons of Jupiter. Some authors also came up with new ideas for what types of aliens humanity might encounter on a gaseous planet. For example, in Jupiter by Ben Bova, new lifeforms are discovered in a liquid ocean hidden deep below Jupiter’s clouds. However, for humans to make contact, they need to undergo some modifications themselves. For more stories where the gas giant plays a central role, check out the following books like Jupiter. 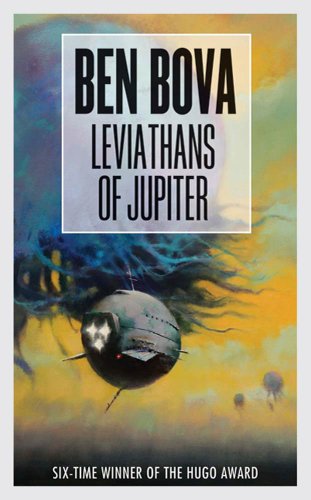 Leviathans of Jupiter by Ben Bova is the sequel to Jupiter and takes place twenty years after the first novel’s events. After being saved from certain death by one of the massive creatures living in Jupiter’s hostile planetwide ocean, physicist Grant Archer is convinced that the life forms are intelligent. In the intervening years, Archer became the director of Jupiter Station and remained determined to find the scientific proof he needed for this theory. Archer finally gets the opportunity to lead a new expedition but soon discovers that it’s not only the hostile environments of Jupiter that poses a danger. It would seem that some humans will stop at nothing, not even murder, to ensure the mission’s failure. 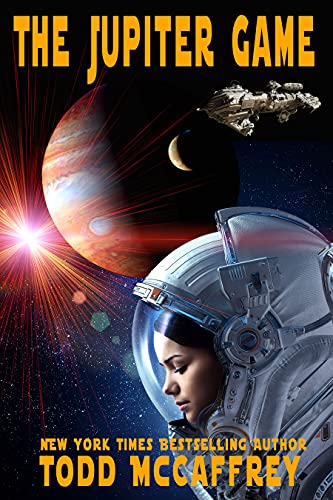 The Jupiter Game is a first-contact science fiction novel by Todd McCaffrey. When the first ship from Earth arrives at Jupiter, they are surprised to encounter an alien ship appearing in orbit shortly afterward. The humans are initially very wary of the aliens and their motives, especially as they claim they only want to trade. However, it would seem that the aliens are also offering Earth a membership in the Federation of Sentient Worlds. This membership is automatic for any race which achieves faster-than-light travel. Unfortunately, there appears to have been a mistake as, to the dismay of the aliens, humans have not invented this technology yet.

The Dragons of Jupiter 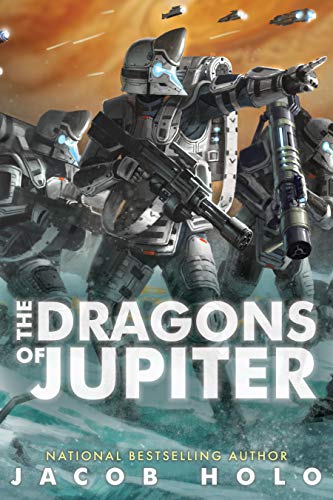 The Dragons of Jupiter is a military sci-fi epic by Jacob Holo. A war is raging on Jupiter between the Crusaders and the Dragons. The Crusaders, led by Kaneda Kusanagi, are armed with advanced weaponry and impenetrable armor. Their only mission is to destroy Matriarch, the last thinking machine, and free the people of Jupiter from her tyranny. The only thing standing in their way are the Dragons, led by Kaneda’s estranged brother Ryu. The Dragons are loyal only to Matriarch, and their super-human reflexes and invisible battle suits make them masters of infiltration and sabotage. Both brothers will be forced to question their beliefs as their paths are on an inevitable collision course. 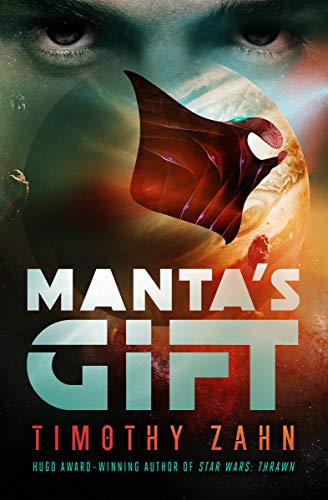 Manta’s Gift is a first-contact adventure by Timothy Zahn. The protagonist, twenty-two-year-old Matthew Raimey, had his whole life ahead of him until an accident left him paralyzed. Matthew is left feeling hopeless until he receives a proposition for something called Project Changeling. The project gives him a new lease on life and the opportunity to leave his body behind and inhabit that of an enormous alien called a Qanska. The transformation enables Matthew to swim through the toxic yet beautiful atmosphere of Jupiter, in a body that looks like a cross between a manta ray and a dolphin. Unfortunately for Matthew, the rich and powerful individuals behind the project didn’t place him on Jupiter out of mere kindness and plan on collecting what they came for after monitoring his every move. 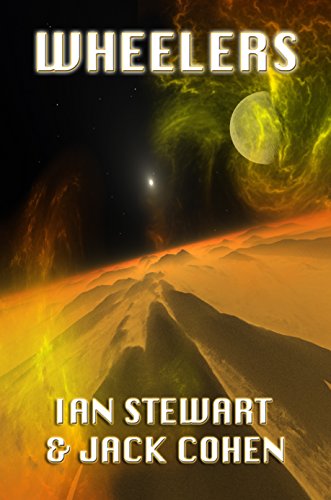 Wheelers by Ian Stewart is set in the year 2270, and travel to nearby planets is well established. However, a bizarre discovery is made on one of Jupiter’s moons, Callisto. Beneath the ice surface of the moon, dozens upon dozens of estranged wheeled artifacts are found. These artifacts, which are quickly dubbed wheelers, are unknown in origin, and nobody knows what they were used for. However, it is discovered that the moons of Jupiter have moved from the age-old positions, prompting a quickly formed expedition to Jupiter. Surprisingly, the expedition finds that Jupiter is not only inhabited but that the aliens defend their world from comet strikes by using gravitational technology to move their moons. Unfortunately, their latest redirection is aiming an incoming comet directly at Earth. 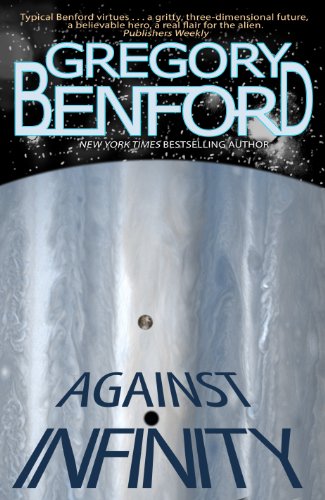 Against Infinity by Gregory Benford is set on Ganymede, the largest of Jupiter’s moons. On these inhospitable icelands, a young boy sets out on a hunt with his father and a group of other men. The group is hunting the bio-designed creatures initially designed to terraform the moon to be more like Earth but got corrupted due to mutated DNA strands. However, during their hunt, they also face the Aleph, a powerful alien artifact that causes death and destruction while seemingly impervious to attacks. The Aleph has ruled Ganymede for countless millennia, but the inhabitants still hold out hope that they will find some way to hunt the dangerous creature. 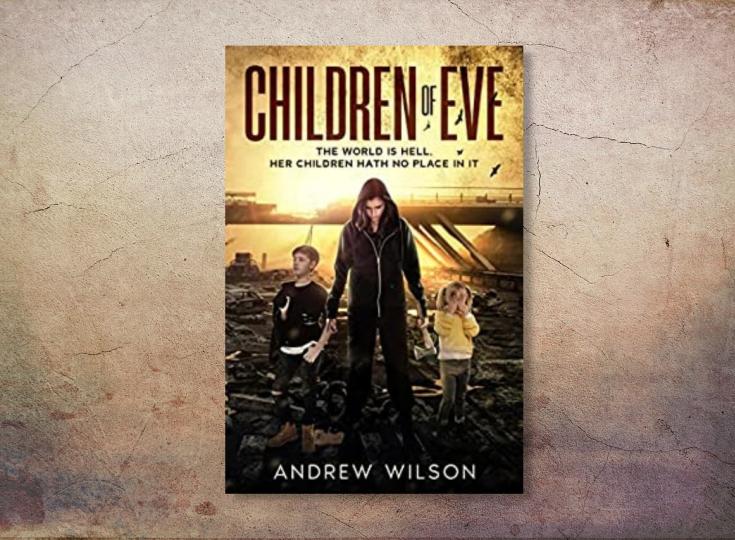