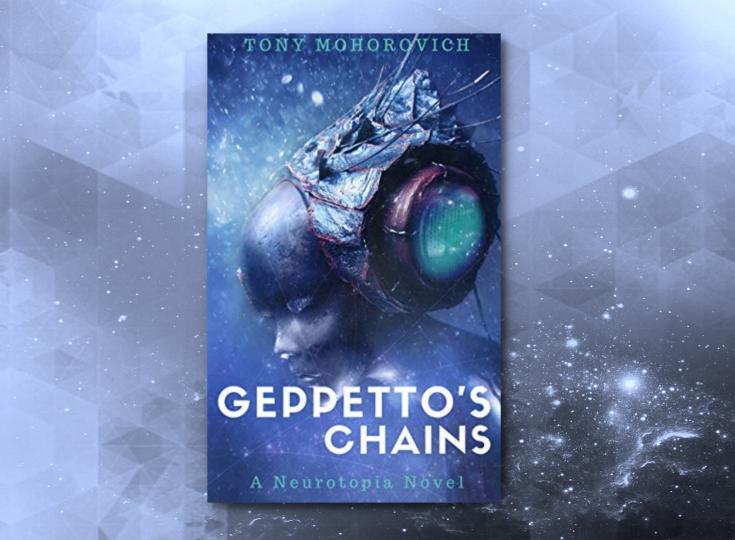 Finding a good science fiction novel that doesn't just resort to lazy cliches or established tropes can be tricky, which is why Neurotopia is such a breath of fresh air for the genre. This book features so many great ideas and plot twists that it could easily have been turned into a trilogy. Instead, the author has managed to deliver a story that is fast-paced yet doesn't skimp on world-building and character depth.

The protagonist of Neurotopia, Sky Marion, isn't your typical gung-ho heroine. When readers are first introduced to her, she lives at home with her mother as a reclusive thought-scanner. This is due to a mental condition that leaves her terrified of life outside their apartment. However, Sky's life changes forever when her mother, along with over a million of Earth's other citizens, is infected with a virus that causes suicidal impulses in its host. Sky is desperate to find a cure for her mother, but time is quickly running out. To make matters worse, all evidence points towards off-world hackers on the planet of Apollo, previously known as the moon, being responsible for the chaos. Sky is determined to infiltrate Apollo, which is not an easy task for someone who could hardly leaves her room due to her phobias.

Even without the mental issues that Sky has to deal with, a trip to the moon would have been a daunting prospect as life there is almost the polar opposite of Earth. This makes following Sky on her adventure even more nail-biting as she is completely out of her comfort zone. Even better, reaching the moon is just the tip of the iceberg as far as the story and plot twists are concerned. Sky discovers a few jaw-dropping revelations during her trip and becomes privy to secrets that she never would have imagined.

To say that Neurotopia is packed to the brim with clever ideas and interesting concepts would truly be an understatement. From brain operating systems that can convey information via hallucinations visible only to the user, to telepathic terrorists and nanotechnology, there's no shortage of thought-provoking ideas. The author also manages to veer off into very unexpected directions a few times during the story, which leaves readers just as shocked and surprised as Sky. There was more than one occasion where I thought things were wrapping up, only to discover that the roller coaster ride is still continuing.

Although Neurotopia obviously draws influences from classics such as Neuromancer, Snow Crash and other genre classics, it never feels like a rehash. Instead, the author makes great use of established concepts along with some unique ideas of his own to weave a thrilling science fiction adventure. While Neurotopia starts off a little slow once the pace picks up readers are in for a wild ride. It's a thought-provoking novel and a lot of the technology featured in the story is all too plausible given the current state of the world.

Overall, Neurotopia is a great debut novel with an awesome protagonist so if you are a fan of the genre or just love good books, in general, this should not be missed.