A. W. Exley - Author Who Loves Egyptology, Steampunk and Sidesaddles
Posted on 1st of May, 2016 by Naomi Bolton

When A.W. Exley isn't deciphering hieroglyphs or riding her horse sidesaddle, she is thinking up plots for her next best-seller. Nefertiti's Heart is a beautiful mixture of all Exley's passions in life, set in a Steampunk society, featuring a very Egyptian theme. As our Author of the Day, she chats with us about her fascination with Egypt, why she picked an alternate universe for Nefertiti and how she shaped the book.

Tell us what Nefertiti's Heart is all about

It's about a young woman who has been estranged from her father for many years. He dies under mysterious circumstances and she returns to London to finalize his estate and sell off his collection of artifacts. However, her planned quick trip becomes complicated when young women are murdered and the police suspect her involvement.

You are able to read hieroglyphics, what drew you to Egyptology?

For as long as I can remember, I've been fascinated with Egypt. Certainly by the time I got to high school, I planned to go to university to study Egyptology and my dream was to work for the British Museum. I'd like to blame it on Indiana Jones and Lara Croft, but I'm too old to have been influenced by them! Lol

What made you choose an alternate universe and timeline for your book?

I love history, but there are aspects that annoy me, like attitudes toward women. Twisting history lets you ask yourself "what if?" questions and let your imagination run wild. Taking an alternate route let me give Cara far more freedom that she would have experienced in the real Victorian London.

Did you draw upon any real life serial killers for the killer in your book?

No, but reading about serial killers is one of my favourite type of books, after ones about Egypt and British history. I own so many true crime novels, books on forensic pathology and FBI profiling of serial killers that I'm surprised visitors aren't scared away.

Which one of the artifacts in the book would you have liked to own in real life if it existed?

Boudicca's Cuff. A piece of jewellery that belonged to the legendary warrior queen, Boudicca, and is said to give the wearer luck in their endeavors and battles. That would come in handy, especially when picking the lottery numbers.

The character of Nathanial isn’t just a bad boy who secretly has a heart of gold, but he actually has a really dark past. What made you decide to take this approach?

Oh, Nate really is a criminal with his own moral code. I chose to go that way because life isn't black and white or good and bad. There are all sorts of shades and degrees in-between. People have complex motivations and sometimes the person you think is "good", like a policeman, is actually the person working against your interests. I also think flawed people with dark pasts are far more interesting.

Cara refuses to conform to the norms of society and knows how to take care of herself, but also has a vulnerable side, was this a conscious choice or just how the character evolved through the story?

Like everyone, Cara has strengths and weaknesses. Personally, I think it makes a character more balanced when you can see the moments that make them stumble, the obstacles they face in their lives. One such thing for Cara is confined spaces and she hates tunnels! She also has a past that includes abuse and that makes her wary about other people and their motivations. She survived for a long time by cutting herself off from people. Nate challenges that and over the series, we see how she struggles to overcome her personal demons and find a sense of peace with her life.

Where does your fascination with Steampunk come from?

I was born in the wrong era - long skirts, big hats, corsets and sidesaddles fascinate me. I've always escaped reality through fantasy books and was a weird kind of Goth long before the term Steampunk was coined. When it rose in popularity I just went, "oh yeah, steampunk, that's what's in my head." 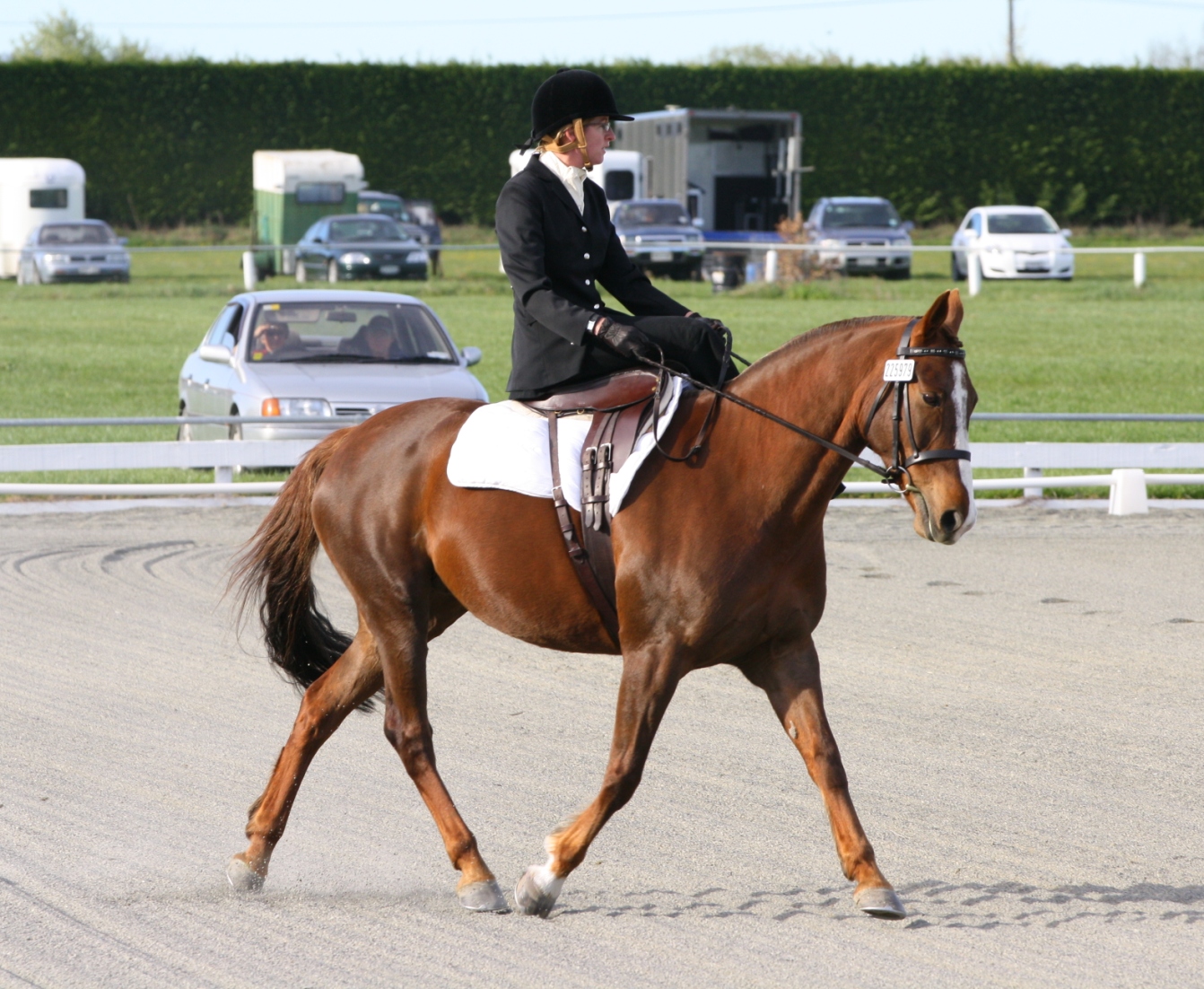 Me and my mare, competing in dressage - riding side saddle.

I was looking for an idea, the spark that would gradually build itself into a new novel. Now, at home, we have bookshelves jam packed with books. On one shelf I have Egyptology rubbing shoulders next to serial killers. I kept looking from one section of books to the other and I wondered if there was a way to fuse those two loves. That was when I hit on the idea of a serial killer who thought he was Akhenaten searching for his Nefertiti.

Tell us a bit about your writing habits: how long does it take you to finish a book?

Writing, like any muscle, gets better with use. For years I never finished a single book, just wrote lots of openings and half novels. The first book I completed probably took well over a year. From there the process has become more streamlined. Nefertiti's Heart took a few months to write, then a couple more months to polish and edit. Now I have a plotting process that works for me, and I try to work on plots/outlines at the weekends and then write Monday to Friday.

Do reviews and reader feedback influence your writing? Or do you feel like it's better to avoid the feedback—both positive and negative—so that it won't interfere with what you had in mind?

I don't read reviews, they're not for me, they are reader thoughts and impressions left for other readers. People also have many different opinions, if I tried to write a book to keep everyone happy, I'd drive myself nuts.

I do love interacting with my readers though and am always open to contact whether through my FB page, website, or email. Readers and I often chat about what they liked, didn't like, or what they would like to see next.

I wanted something really simple and wanted to stay away from the ubiquitous Steampunk cover of a girl in a corset (and often a plastic boned one, which being a corset snob, would never do!). I had this idea in my head of the cover being just a hand holding the diamond and mechanical heart. I think the artist did a fabulous job of interpreting my rough pencil stick drawing. 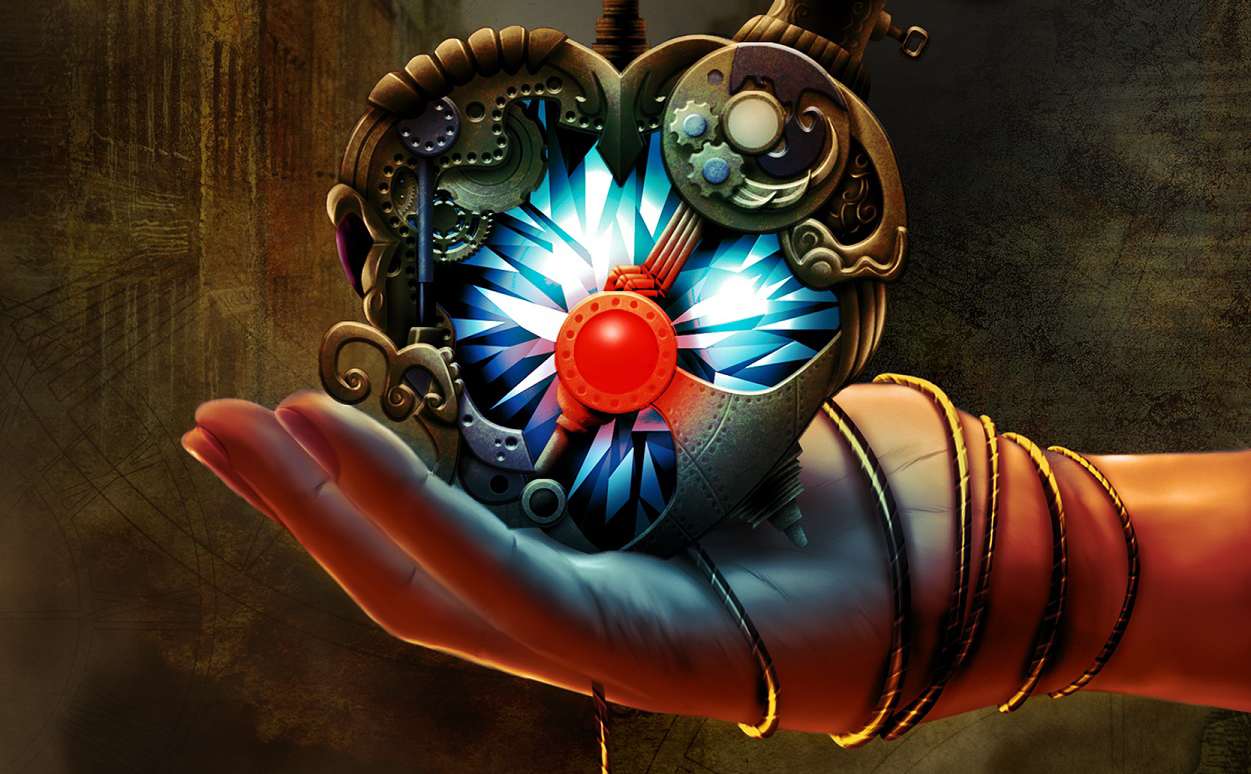 Give us a sneak peek into what to expect from Book 2, Hatshepsut's Collar

Paranormal artifacts will keep causing problems for Cara, in book 2 she has to tackle an Egyptian necklace that Queen Victoria refuses to take off and it's driving the monarch insane. Cara also has ongoing domestic problems. Relationships are never easy and Cara and Nate have a few bumpy patches ahead of them, especially when she finds out he did something a few years ago that affects her…

Where can readers stay up to date with the latest books you have published?