HD Smith loves writing dark and delicious novels about mythical creatures and humans in not-so-ordinary circumstances who just want a normal life. Smith is a software developer by day, but at night she escapes to different realms through her writing. Today, she chats with us about why she chose Purgatory as a setting for her series, Dark Hope, the role of mythology in her work and which character was the most difficult to create.

Please give us a short introduction to Dark Hope

After five years of working for the Devil, Claire Cooper believes she lives an otherwise normal life. Until she finds herself in jeopardy for a murder she did not commit. Desperate to save her life and soul, she enters Purgatory, but runs afoul of the Devil's sister, Pagan Queen Mab. Mab has her own agenda and uses Claire to get even with the Devil. Claire learns each ruler is in a race to discover “the girl” in the prophecy to fix time. As Claire peels away clues to the real killer, she realizes she must outwit the Devil’s children or end up a prisoner in Purgatory forever.

Purgatory is an unusual setting, even for fantasy and paranormal books. What inspired you to choose this setting for your book?

I was originally planning to use the Fairy Realm as my third realm, however, at the time most publishers were ignoring anything with fairies. The story itself didn’t live or die by the realm, so I changed Angels to Druids and Fairies to Pagans. This change allowed me to rework one of the main “big three” characters in a good way, giving the story more depth. In the end it was a good change.

How difficult a boss is the Devil to work for? Can't Claire just quit her job?

Well, he is the Devil … not exactly boss of the year. Claire embarks on her journey in hopes of saving her soul and getting out of the Devil’s contract. This contract was not signed by her, but by her mother, who died before the Devil could claim his reward, so Claire inherited this debt and is forced to work for The Boss until that debt has been paid.

Tell us a bit about the title: why "Dark Hope"?

Titles are tricky things in publishing. They can’t be copyrighted so anyone can reuse a title, which is why you have a lot of titles that are the same. I originally titled book 1 as “The Devil’s Assistant”, however, while trying to get published, I discovered that apparently every other story sent in was titled the Devil’s Assistant, or Hell’s Pawn, which was another title I used for a while. Because I was querying agents and publishers with such a common title, it was getting ignored. I brainstormed about 50 different titles, searching ones I liked on Goodreads and Amazon. Dark Hope was the one I liked best, with the least hits. There was an older book on Goodreads that wasn’t on Amazon, and a non-fiction book on Amazon, that had a very long subtitle, so I decided it was unique enough (and interesting enough) to be a good title.

A lot of the characters have interesting backstories and some significantly change as the series evolves. Harry was originally the most challenging, because he was originally the ruler of Heaven …which, depending on what you believe, may have given you preconceived notions of what type of character he should be. Once I changed the Angels to Druids, and made Harry the ruler of Paradise, it allowed me to change his entire persona. He no longer had any character baggage and could be the character he was meant to be.

How much did you draw from mythology to write this story?

Other than using some general mythology I don’t try to go overboard with “facts” or “history”. I pull in some concepts and ignore others. The Devil is the Devil, but he’s also a character in my book that has his own goals independent of what or who someone might think Satan is. My Hell isn’t a fiery pit, it is a realm like the others, but may not be as many expectations for it to be pleasant :)

Many people call the genre pure escapism, nothing more. What, in your opinion, is the purpose of fantasy?

I think it is a way to reimagine the world. When magic is real, not all elements of reality have to hold true. Time travel can be possible. Anything can be possible. In general I try to root my stories in reality as much as possible, because Claire is a girl trying to live her normal life—just her life isn’t really normal.

Even though Claire finds herself in a very unusual situation, you managed to make her character relatable. What, would you say, is it about Claire that makes people relate to her?

I think Claire is dealing with the only life she has to the best of her ability. She makes the best choices she can with the situation she’s in and doesn’t regret those choices. She’s also fighting to get back the life she had, even though it wasn’t perfect, she was making it work.

Which books do you enjoy reading?

I love audiobooks! I listen to a lot of Urban Fantasy and Paranormal Romance (Ilona Andrews, Faith Hunter, Gena Showalter, Molly Harper, etc). I occasionally listen to Contemporary Romance and Erotica, but I prefer the stories with some form of magic best. I’m not a fan of most dystopian stories.

I’m working on Book 4 of The Devil’s Assistant series, which will be the final book in Claire’s story arc. There will be a book 5, but from a different character's POV. 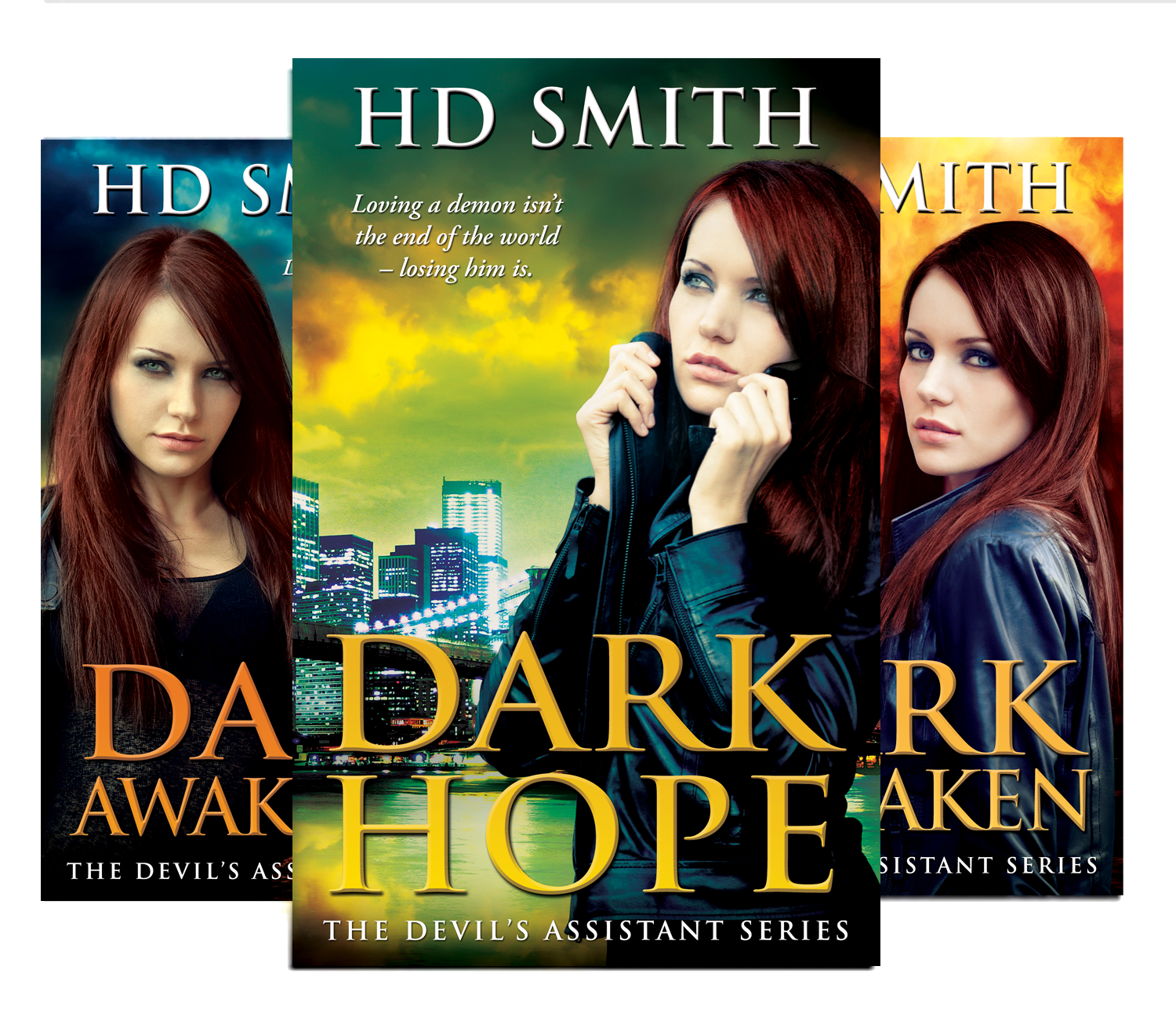