Kelsey Josund - When an Ideal Society is Not So Perfect

Kelsey Josund - When an Ideal Society is Not So Perfect
Posted on 2nd of September, 2021 by Naomi Bolton 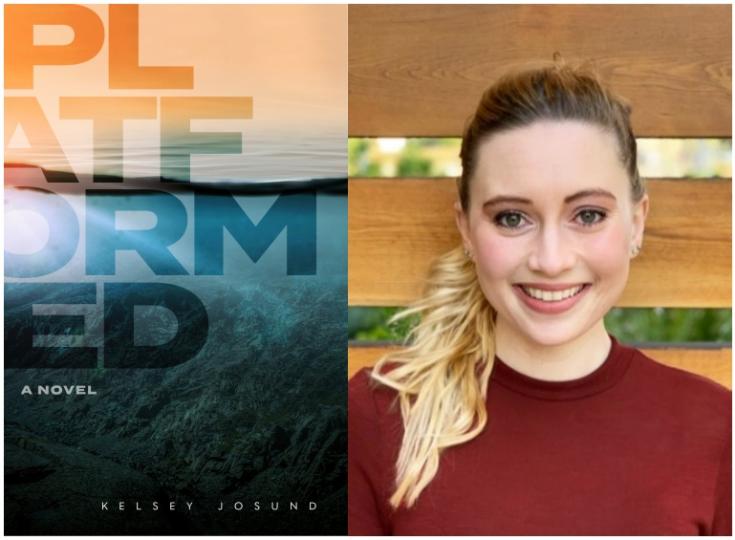 Kelsey Josund is a software engineer and author of scifi, fantasy and young adult fiction, including a series of forthcoming feminist retellings of classic childhood fairytales. Originally from Seattle, Kelsey loves getting outdoors and living in places that allow her to escape to the mountains on the weekends. She cares deeply about the ecosystems that humans impact and that impact them in return. Her writing explores these themes through the prism of the traditional coming-of-age arcs of science fiction and fantasy. Kelsey is particularly interested in stories and characters that complicate the traditional and familiar, leading her to rediscover old tales from new and unexpected angles. With a passion for storytelling in all its forms, Kelsey approaches writing fiction the same way she approaches writing code: she likes to know where it’s going, but wants to figure out the details as she goes. She believes good software is a lot like a good story—full of neat and clever solutions to tricky problems, beautiful at a granular level but also from a distance. Kelsey lives and works in Silicon Valley, California with her partner and their cat. She holds a bachelor’s and master’s degree in computer science from Stanford University, and is currently plotting her return to the Pacific Northwest and working on her next novel. For more information, visit www.KelseyJosund.com. As our author of the day, she tells us all about her book, Platformed.

Please give us a short introduction to what Platformed is about.

Platformed is my imagining of Silicon Valley in the near future and my meditation on meaning and becoming an adult in the shadow of climate change.

What inspired you to write about a young unemployed software engineer who joins a tech giant's secretive community?

I wanted a character who I could relate to, but who had been driven to a level of desperation that I luckily have never experienced. After stripping away the thing that gave her purpose--her job--I put her in a utopia that feels like hell to a person whose sense of self stems from being productive. My inspiration stems from the vast inequalities visible in the tech industry and the physical place of Silicon Valley, but also the hyper-capitalist ethos that seems to fill the air here. We are so vulnerable, but most of the time we pretend we are not.

Why did you pick the 2030s as the backdrop for your story?

I chose a future that felt near enough that I could imagine it with some degree of precision but far enough away that I could have some fun with the changes. I debated a lot about whether to set a specific date and decided that was unnecessary and also too difficult.

You are a software engineer yourself, how much of your own experiences have you written into the story?

Sara's imposter syndrome and analytical, optimization-based thinking style are both very familiar to me, but none of her specific experiences have actually happened to me. I had specific office parks and apartment complexes and neighborhoods in mind for most scenes, though, and many of the worldviews of secondary characters reflect those of actual people I know.

I don't know about secret skills, but I have used the pandemic shutdown of travel to really explore nature around me. To this end, I've trained to be able to hike more than twenty miles and five thousand feet elevation change in a single day, and I hope to push myself even harder going forward. I want to be able to go anywhere.

In which way is Sara's story a cautionary tale?

In many ways, worldbuilding for Platformed was just imagining where society will end up if we continue down the path we are on today: climate change will get worse, corporations will become more powerful, and while the trappings of progress will improve, nothing will substantively change. Sometimes I worry that it's not dark enough, and that all the bad things I describe will happen much sooner than the 2030s, and much worse as well.

Readers say that this is a very thought-provoking book. Was this intentional?

Platformed is really the result of me working through a lot of thoughts about our world and our places in it! I'm glad it makes people think, and though that wasn't what I necessarily set out to do, it doesn't surprise me.

Did you plan out the entire plot before you started writing, or did some of it just "happen" along the way?

I always write a complete outline when I start a new writing project, and then details always come along and surprise me. The first draft of Platformed spilled out of me in just a month, and I definitely discovered new things about the story each time I sat down to write. The biggest change relative to my initial outline actually came during late stages of editing, though, when the editors collectively suggested a new ending that was much better than the one I originally wrote! When I wrote it and then re-read the whole book, I realized I'd foreshadowed this new ending without even meaning to. That was an incredible experience.

Interesting cover. Please tell us more about how it came about?

I am not a visual thinker at all and had almost no ideas for the cover, so when the publisher, All She Wrote, said they wanted to involve me in cover design, I received this news with some trepidation! One thing that became clear pretty quickly was that the cover had to include the ocean, and then we played around with different ways to do that. At first I wanted to include a wildfire somehow, too--for reasons that'll be clear if you read the book!--but then we realized we could use the vibrant colors of a smokey sunset to invoke the fire more subtly.

What do you do for inspiration?

I start many, many stories, and usually don't know which ones are promising until I work on them for a while. Talking through my ideas helps a lot, and somehow my partner is always willing to do this! He's very good at catching oversights and helping me make things much more interesting and complicated. For inspiration, basically, I just brainstorm and then play with the ideas until something great arises.

I write in the evenings after work. When I'm in the thick of a draft, I usually have trouble pulling myself away--it's more enthralling than any social engagement or TV show! When I'm working on edits and promotions, I work in much smaller chunks throughout the dark, when I need a break from my regular job as a machine learning engineer. This works well for me because both editing and marketing are much less fun than drafting, so I can only convince myself to do them a bit at a time!

I'm just polishing up the final draft of my next release, a dark, murderous retelling of Cinderella called Pretty Deadly. It's extremely different from Platformed, but I hope my readers will enjoy it just as much! It'll be published by Darkstroke Books on October 26, 2021.

I'm very active on Twitter (@kelseyjosund)! I'll definitely engage with you if you contact me there. I also have a blog, about writing and storytelling and Silicon Valley and whatever else I think of, at www.kelseyjosund.com/blog.