Richard R. Becker - The Human Condition Across the U.S.

Richard R. Becker - The Human Condition Across the U.S.
Posted on 27th of January, 2022 by Naomi Bolton 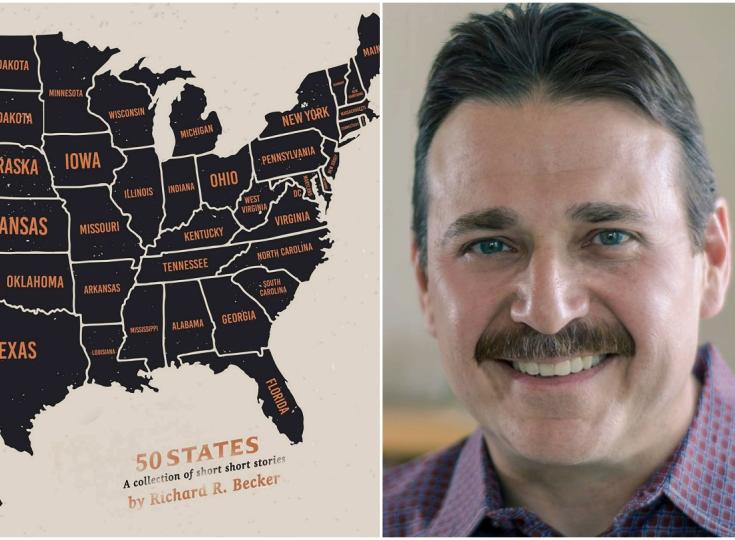 Richard R. Becker is an award-winning American writer. His debut collection of literary fiction and psychological thrillers began as a project to write one story a week for 50 weeks. As a journalist, Richard has written hundreds of magazine and newspaper articles, with his byline appearing in the Denver Post, Los Angeles Times, and publications for Simon & Schuster and Paramount Communications. He also scripted a documentary produced with PBS and contributed to five books related to marketing, public relations, and management. As our Author of the Day, he tells us all about his book, 50 States.

Please give us a short introduction to what 50 States is about.

50 States is a collection of 50 short stories that capture the human condition across the American landscape over the last 60 years — the kind and cruel, the heroic and criminal — in unexpected and suspenseful ways. 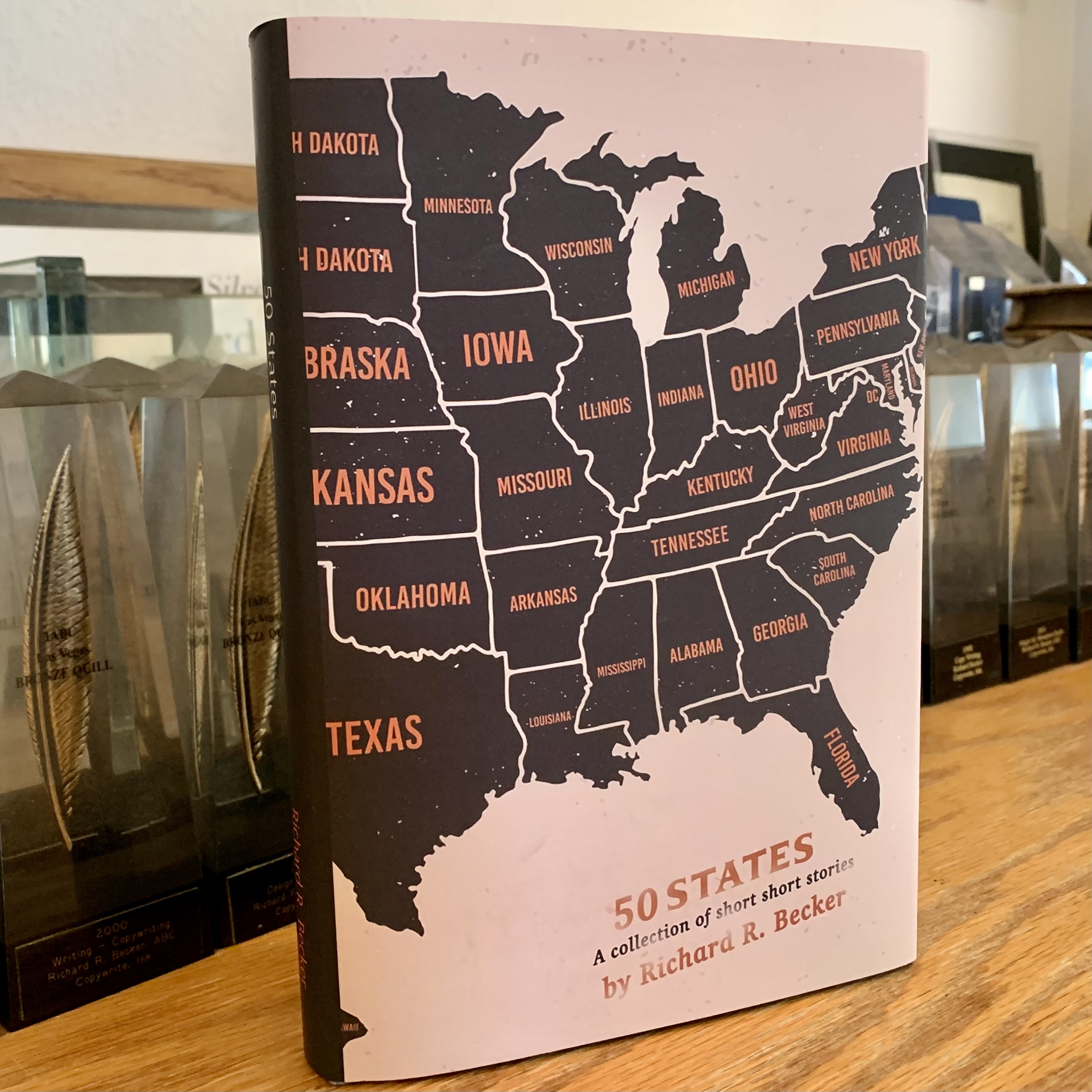 What inspired you to write this collection of short stories?

I've always been a storyteller. My stuffed animals and plastic soldiers all had backstories. After learning to write in college, I built a career as a marketing copywriter and journalist. I've been telling everybody else's stories for more than 30 years. I finally found time to write some of my own.

Why did you pick a different U.S. state for each of your stories?

50 States originally started as a project to write one story a week for 50 weeks. I would write a draft and share it on social networks, which meant I had to meet a deadline every week. The idea to set each story in a different state evolved organically when I noticed that each early story was set in another place. Since I had already set out to write 50 stories — everything clicked! 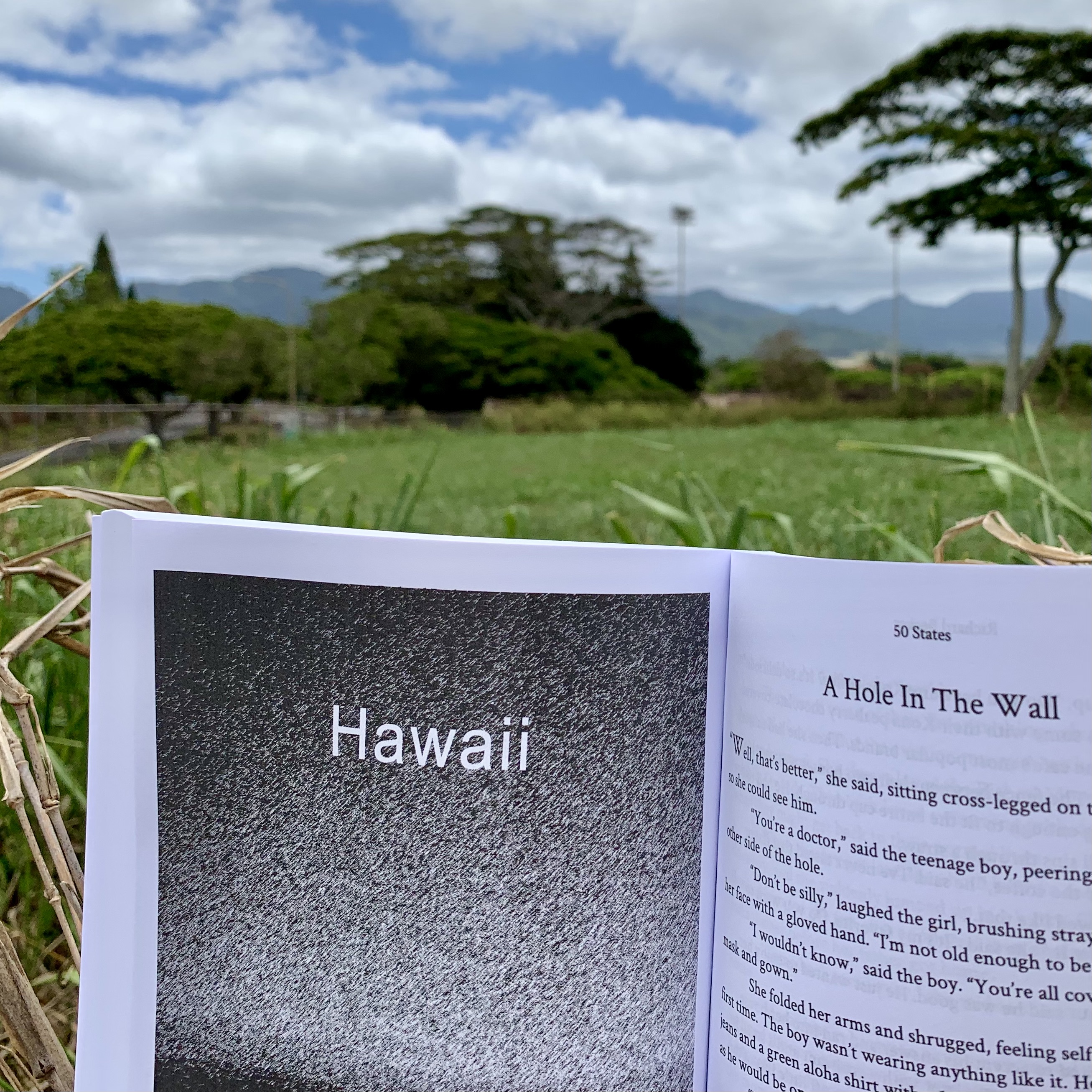 My skills and interests are very much like my writing: eclectic. I have latent illustration skills that I hope to incorporate in some future projects. I make the best chocolate chip cookies (according to friends and family) and have my own secret double-chocolate brownie recipe. I once worked as a colorologist — creating paint colors to match whatever people brought into the paint store. But mostly, I'm an explorer — always meeting new people, going to new places, and experiencing new things. 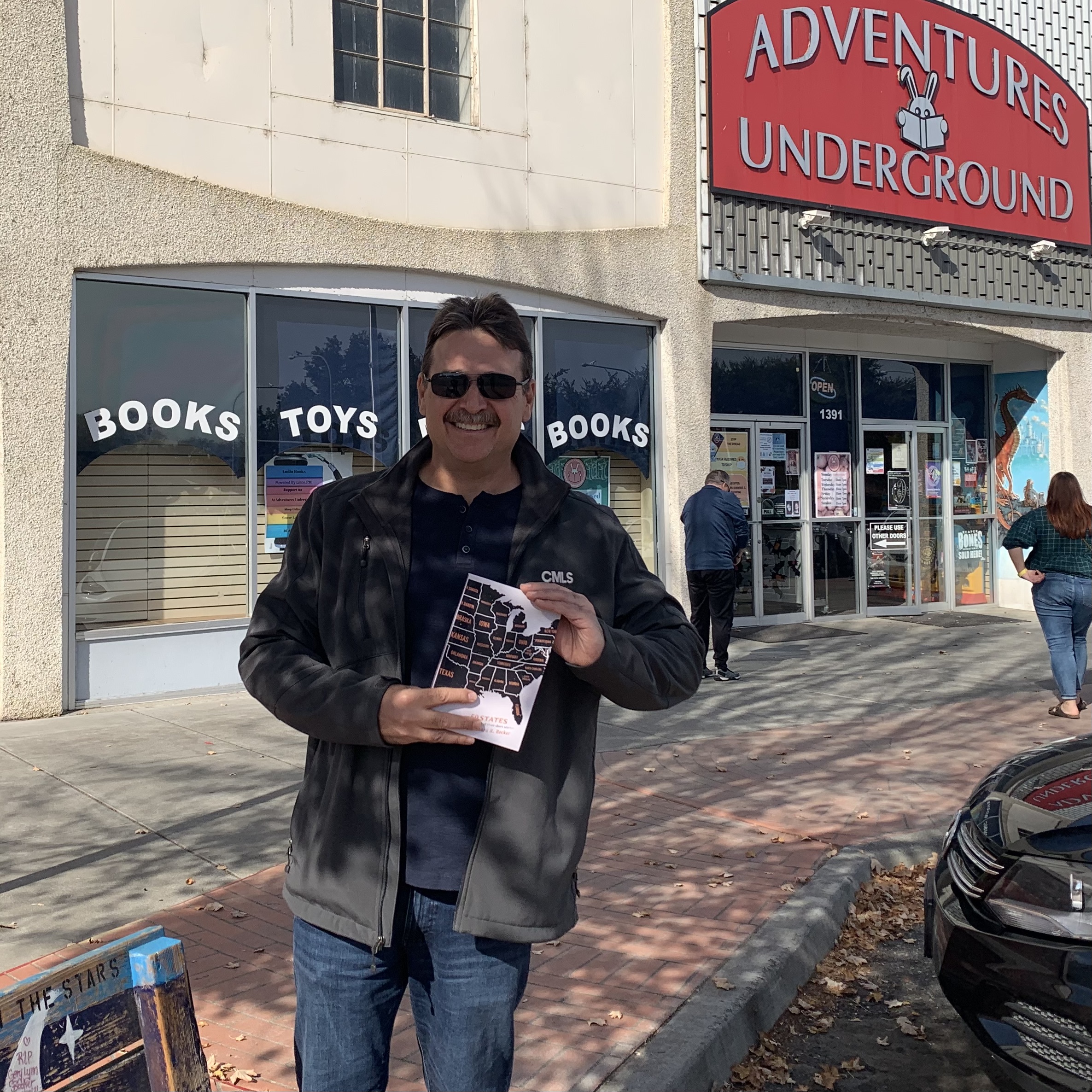 Readers say the stories evoked a rollercoaster of emotions. Was this intentional?

Partly. Once I wrote all the stories, I rearranged them to emphasize their diversity — lighter and darker, active and thoughtful, longer and shorter, real and speculative. I think it works well as a cross-genre collection because every story feels like it could go anywhere. Of course, I've since learned that most people read them out of order — they first look for the stories tied to where they live or lived.

Every single time. The best-laid plans of mice and men certainly applies to my writing. I usually start with a spark of inspiration and see where it takes me.

For example, 'Where There's Smoke' began as an exploration into a wildfire evacuation — this idea of being forced to leave and leaving things behind. Everything else — the character's dispositions, the looters, the moral dilemma — grew from there.

A more dramatic departure from my original spark was 'Wheels Go Round.' It was supposed to be a story about bootleggers in Tennessee and somehow became about two runaways at a bus stop. How did that happen?

Any amusing story that happened to you as a writer?

Do you have a month? I wrote travel and dining reviews for years. You open yourself to some wild experiences when you take that kind of gig.

I had to pass back air sickness bags to the three young foreign tourists sitting behind me in a five-seat Cessna over the Grand Canyon. I had to kick off my shoes at the last minute when they launched me 160-feet into the air on the top of the Stratosphere Tower. When I told a chef that I was not particularly fond of deep-fried shrimp heads, he made a second batch to make sure!

You know, human beings are the only creatures on the planet that live within two realities — the objective and the subjective. And because of this, our destiny is so often shaped by perception, even though it doesn't have to be.

This is a theme I find myself returning to time and time again, but it's not necessarily something readers will pull from my work. It seems to me that most readers pull out what they bring in with them. 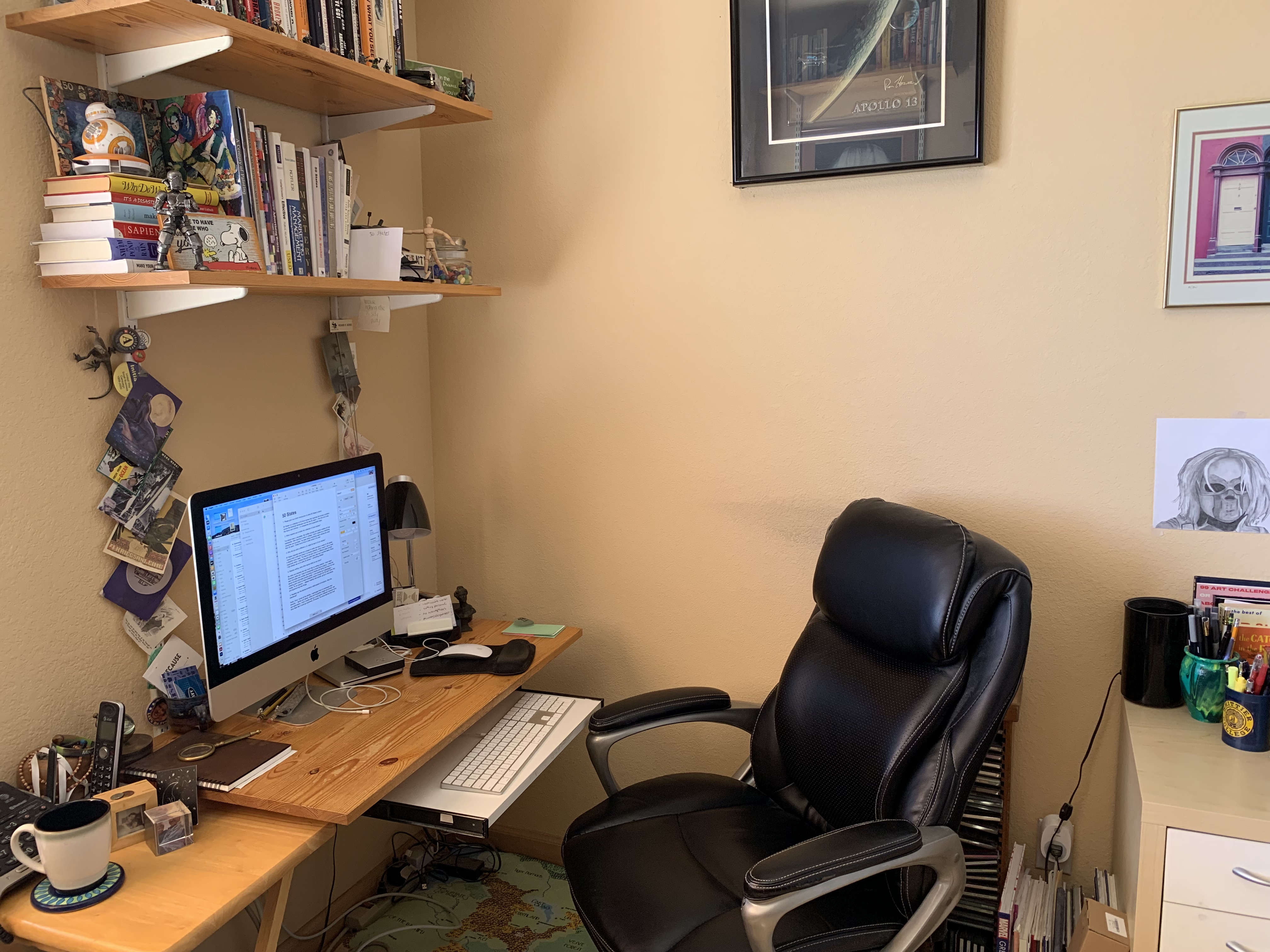 Are any of the characters in the stories based on real people?

All of the stories are fiction, and, at the same time, all of them pull from personal experience. So, it's much more likely that characters are a blend of many real and imagined people. Although, one or two might cut particularly close.

The closest, I think, would be my short story set in Wisconsin. I've had family members call me about this story more than any other. Then again, I think anyone who has spent time "Up North" will feel an immediate connection.

Aside from my day job, things are heating up. I am wrapping up audiobook production with 5-time Emmy-winning narrator and voice actor Brian Callanan. It's very exciting because his narration of all these stories and all those characters will really blow people away.

I'm also working on several projects like someone might tend a garden. I have two priorities right now. The first is publishing Ten Threads, a 10-short story companion piece to 50 States, as a Kindle exclusive until I have enough stories for a second collection. And I'm working on my first full-length novel, which builds on a story included in Ten Threads. But these two projects only scratch the surface.

This is pretty crazy to think about now, but I was one of the earliest marketing and communication bloggers before social networks even existed. So they can find links to my social network accounts there — richardrbecker.com — or on the author page set up by my company — http://copywriteink.com/author-richard-r.-becker.html. I'm active on many networks, especially Twitter (@RichBecker), and I have a quarterly newsletter that may become a monthly called Scraps by Rich Becker: https://tinyurl.com/ScrapsbyRichBecker